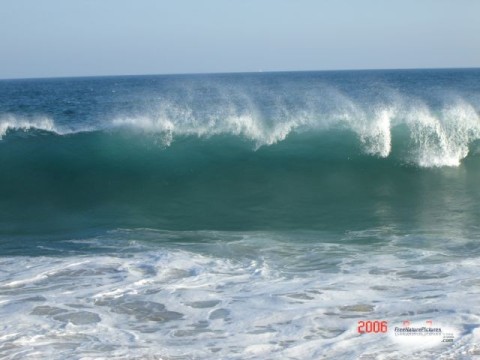 God was with Solomon and made him very great

1 And Solomon the son of David was strengthened in his kingdom, and the LORD his God was with him, and magnified him exceedingly. 2 Then Solomon spoke to all Israel, to the captains of thousands and of hundreds, to the judges, and to every governor in all Israel, the heads of the fathers. 3 So Solomon, and all the congregation with him, went to the high place that was at Gibeon; for the tabernacle of the congregation of God was there which Moses the servant of the LORD had made in the wilderness. 4 But David had brought up the ark of God from Kirjath-jearim to the place that David had prepared for it: for he had set up a tent for it at Jerusalem.

7 That night God appeared to Solomon and said to him, Ask what I shall give you. 8 And Solomon said to God, You have showed great love to David my father, and have made me to reign in his place. 9 Now, O LORD God, let your promise to David my father be established: for You have made me king over a people as numerous as the dust of the earth. 10 Now give me wisdom and knowledge so that I may go out and come in before this people: for who can judge this your people that is so great?

11 And God said to Solomon, Because this was in your heart, and you have not asked riches, wealth, or honor, or the life of your enemies, neither have you asked long life; but have asked wisdom and knowledge for yourself, that you may judge my people, over whom I have made you king: 12 Wisdom and knowledge is granted to you; and also I will give you riches, wealth, and honor such as no other king has ever had before you or will ever have again!

13 Then Solomon came from his journey to the high place that was at Gibeon to Jerusalem, from before the tabernacle of the congregation, and reigned over Israel. 14 Solomon gathered chariots and horsemen: he had 1,400 chariots, and twelve thousand horsemen, whom he placed in the chariot cities, and with the king at Jerusalem. 15 And the king made silver and gold at Jerusalem as plenteous as stones, and cedar trees made he as the sycamore trees that are in the low country for abundance. 16 And Solomon had horses brought out of Egypt, and linen yarn: the king’s merchants received the linen yarn at a price. 17 And they imported, and brought out of Egypt a chariot for six hundred shekels of silver, and a horse for a hundred and fifty: they brought out horses for all the kings of the Hittites, and for the kings of Syria, by their means.

1 And Solomon determined to build a house for the name of the LORD, and a royal palace for his kingdom. 2 Solomon counted out 70,000 men to carry loads, 80,000 to cut wood in the mountain, and 36.000 to oversee them. 3 And Solomon sent to Huram the king of Tyre saying, As you dealt with David my father, and sent him cedars to build him a house to dwell in, even so deal with me. 4 Behold, I am building a house to the name of the LORD my God, to dedicate to him, to burn incense of spices before him, and for the continual showbread, and for the burnt offerings morning and evening, on the sabbaths, and on the new moons, and on the solemn feasts of the LORD our God. This is an ordinance forever to Israel.

Our God is great above all gods

5 And the house that I build is great: for our God is great above all gods. 6 But who is able to build him a house, since the heaven and heaven of heavens cannot contain him? Who am I then, that I should build him a house, except only to burn sacrifice before him?

7 Now therefore send me a man skillful at working in gold, in silver, in brass, in iron, in purple, crimson, and blue, and who knows how to make engravings with the skilled men that are with me in Judah and in Jerusalem, whom David my father provided. 8 Also send me cedar trees, fir trees, and algum trees out of Lebanon: for I know that your servants are skilled at cutting timber in Lebanon; and behold, my servants will be with your servants, 9 to prepare me timber in abundance: for the house that I am about to build will be great and wonderful. 10 And behold, I will give to your servants, the woodsmen that cut timber, 20,000 measures of beaten wheat, 20,000 measures of barley, 20,000 baths of wine, and 20,000 baths of oil.

The LORD loves His people

11 Then Huram the king of Tyre answered in writing that he sent to Solomon, Because the LORD has loved his people, he has made you king over them. 12 moreover Huram said, Blessed be the LORD God of Israel, that made heaven and earth, who has given to king David a wise son, endued with prudence and understanding, that he might build a house for the LORD, and a house for his kingdom.

13 Now I have sent a skillful man, endowed with understanding, of Huram my father’s, 14 The son of a woman of the daughters of Dan, and his father was a man of Tyre, skilled at working in gold, in silver, in brass, in iron, in stone, in timber, in purple, in blue, in fine linen, and in crimson; also to carve all kinds of engraving, to make every design that is put to him, with your skillful men, and with the skillful men of my lord David, your father. 15 Now the wheat, the barley, the oil, and the wine, which my lord has spoken of, let him send to his servants: 16 And we will cut wood out of Lebanon, as much as you need: and we will bring it to you in floats by sea to Joppa; and you will carry it up to Jerusalem. 17 And Solomon numbered all the foreigners that were in the land of Israel, after the numbering that David his father had numbered them; and they were found 153,600. 28 And he set 70,000 of them to be bearers of burdens, and 80,000 to be woodcutters in the mountain, and 3,600 overseers to set the people to work.

1 Then Solomon began to build the house of the LORD at Jerusalem in mount Moriah where the LORD appeared to his father David, in the place that David had prepared in the threshing floor of Ornan the Jebusite. 2 He began to build on the second day of the second month, in the fourth year of his reign.

3 Now these are the things in which Solomon was instructed for the building of the house of God. Its length was 90 feet, and the width 30 feet. 4 And the porch that was in the front of the house, was 30 feet long and 180 feet high: and he overlaid it inside with pure gold.

5 He covered the greater house with cypress wood that he overlaid with fine gold, and carved on it palm trees and chains. 6 He adorned the house with precious stones for beauty: the gold was gold of Parvaim. 7 He also overlaid the house, the beams, the posts, its walls, and its doors with gold; and carved cherubims on the walls. 8 The Most Holy Place was 30 feet wide, corresponding to the width of the Temple, it was also 30 feet long. Its interior was overlaid with twenty-three tons of pure gold.

9 The weight of the nails of gold was 20 ounces each. He overlaid the upper chambers with gold. 10 And in the most holy place he made two cherubim of scuplted work, and overlaid them with gold.

14 And he made the veil of blue, purple, crimson, and fine linen, and cause cherubim to ascend on it. 15 He also made before the house two pillars of 52 feet high, and the capital that was on the top of each of them was 7 1/2 feet. 16 And he made chains, like in the inner sanctuary, and put them on the heads of the pillars; and made a hundred pomegranates, and put them on the chains. 17 And he raised up the pillars before the temple, one on the right hand, and the other on the left; and called the name of that on the right hand Jachin, and the name of that on the left Boaz.

1 And he made an altar of bronze 30 feet long long, and 30 feet wide wide, and fifteen feet high. 2 Also he made a cast metal sea of fifteen feet from brim to brim, circular in form, and 7 1/2 feet high; 45 feet was its circumference.

Christ is our light

7 And he made ten candlesticks of gold according to their form, and set them in the temple, five on the right hand, and five on the left.

8 He also made ten tables and placed them in the temple, five on the right side, and five on the left. And he made a hundred basins of gold. 9 Furthermore he made the court of the priests, and the great court, and doors for the court, and overlaid their doors with bronze. 10 And he set the sea on the right side of the east end, over against the south. 11 And Huram made the pots, the shovels, and the basins. And Huram finished the work that he was to make for king Solomon for the house of God; 12 That is, the two pillars, the bowls, the capitals which were on the top of the two pillars, the two wreaths to cover the two pommels of the capitals which were on the top of the pillars; 13 four hundred pomegranates on the two wreaths; two rows of pomegranates on each wreath, to cover the two bowls of the capitals that were on the pillars. 14 He also made bases, and basins he made on the bases; 15 One sea, and twelve oxen under it. 16 The pots, the shovels, the flesh-hooks, and all their instruments, Huram his father made for king Solomon for the house of the LORD of polished bronze. 17 The king cast them in the plain of the Jordan, in the clay ground between Succoth and Zeredathah. 18 Solomon made all these utensils in great abundance: the weight of the bronze could not be determined.

His face is the food of our heart

19 And Solomon made all the articles that were for the house of God, the golden altar also, and the tables on which the showbread was set;

20 Moreover the candlesticks with their lamps, to burn before the innermost sanctuary, were of pure gold; 21 And he made the flowers, the lamps, and the tongs of gold, perfections of gold; 22 the snuffers, the basins, the spoons, and the censers, of pure gold: and the entry of the house, its inner doors for the most holy place, and the doors of the house of the temple, were of gold.