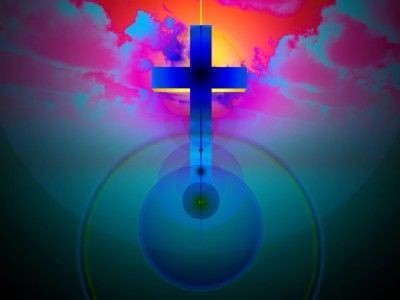 Our Lord Jesus Christ is astounding

1 God, who at many times and in different ways in ancient times spoke to the fathers by the prophets, 2 has in these last days spoken to us by his Son, whom he has appointed heir of all things, by whom he made the worlds; 3 Who being the brightness of his glory, and the exact representation of his person, upholding all things by the word of his power, when he had by himself purged our sins, sat down at the right hand of the Majesty on high.

4 Being made so much better than the angels, as he has by inheritance obtained a more excellent name than they. 5 For unto which of the angels has he said at any time, You are my Son, this day I have begotten you? And again, I will be to him a Father, and he will be to me a Son? 6 And again, when he brought the first begotten into the world, he said Let all the angels of God worship him. 7 But of the angels he said, Who makes his angels spirits, and his ministers a flame of fire.

He is going to rule everything rightly forever

8 But to the Son he said, Your throne, O God, is forever and ever: a scepter of righteousness is the scepter of your kingdom. 9 You have loved righteousness, and hated lawlessness; therefore God, even your God, has anointed you with the oil of gladness above your partners. 10 And, You, Lord, in the beginning laid the foundation of the earth; and the heavens are the works of your hands: 11 They will perish; but you remain; and they will all grow old like a garment; 12 And like a garment you will fold them up, and they will be changed: but you are the same, and your years will not fail.

13 But to which of the angels at any time did he say, Sit on my right hand, until I make your enemies your footstool? 14 Are they not all ministering spirits, sent out to minister for those who will be heirs of salvation?

The Lord bare witness with signs and wonders

1 For this reason we ought to more superabundantly embrace the things that we have heard, lest at any time we slip away. 2 For if the word spoken by angels was steadfast, and every transgression and disobedience received a just recompense of reward; 3 How will we escape, if we neglect so great salvation; which at first began to be spoken by the Lord, and was confirmed to us by those that heard him; 4 God bearing witness by signs and wonders, and with various miracles, and gifts of the Holy Spirit, according to his own will.

God is mindful of man; He crowned him with glory and honor

He is putting the coming world under man’s authority

5 For he has not put the coming world about which we speak in subjection to the angels, 6 But somewhere one solemnly witnessed, saying, What is man, that you are mindful of him? Or the son of man, that you visit him?  7 You made him a little lower than the angels; you crowned him with glory and honor, and set him over the works of your hands: 8 You subjected all things under his feet. For in that he subjected all things under him, he left nothing that is not put under him. But now we do not see all things put under him.

Our Lord is bringing many sons to glory

Jesus tasted death for every man

9 But we see Jesus, who was made a little lower than the angels for the suffering of death, crowned with glory and honor; that he by the grace of God would taste death for every man. 10 For it became him, for whom are all things, and by whom are all things, in bringing many sons to glory, to make the captain of their salvation perfect through sufferings. 11 For both he that sanctifies and those who are sanctified are all of one: for which cause he is not ashamed to call them brothers, 12 saying, I will declare your name/person to my brothers in the midst of the church I will sing praise to you.

He destroyed the one that has the power of death

He is able to help those that are tempted

13 And again, I will be trusting him. And again, Behold, I and the children that God gave me. 14 Since the children are partakers of flesh and blood, he also himself partook of the same; that through death he might destroy him that had the power of death, that is, the devil; 15 In this way he would free those who were slaves all their lives because they were afraid of dying. 16 For truly he did not take on himself the nature of angels; but he took on himself the seed of Abraham. 17Therefore in all things it behooved him to be made like his brothers, that he might be a merciful and faithful high priest in things pertaining to God, to make reconciliation for the sins of the people. 18 For since he himself has suffered being tempted, he is able to help those that are tempted.

The Lord desires to dwell inside us

1 Therefore holy brothers, partakers of the heavenly calling, consider the Apostle and High Priest of our confession, Christ Jesus; 2 Who was faithful to him that appointed him, as also Moses was faithful in all his house. 3 For this man was considered worthy of more glory than Moses, as he who builds the house has more honor than the house. 4 For every house is built by some man; but he that builds all things is God. 5 And Moses truly was faithful in all his house, as a servant, for a testimony of those things which were to be spoken later; 6 But Christ as a son over his own house; whose house we are, if we hold fast to the confidence and rejoicing of the hope firm to the end.

God is grieved when we do not know His ways

7 Therefore (as the Holy Spirit says, Today if you will hear his voice, 8 do not harden your hearts, as in the provocation, in the day of temptation in the wilderness:  9 when your fathers tempted me, testing me, and saw my works forty years. 10 So I was grieved with that generation, and said, They always err in their heart; and they have not known my ways. 11 So I swore in my wrath, They will not enter into my rest.) 12 Watch brothers, so that there not be in any of you an evil heart of unbelief, in departing from the living God.

13 But exhort yourselves daily, while it is called today; so that none of you become hardened through the deceit of sin. 14 For we have become sharers of Christ, if we hold the beginning of our assurance firm to the end; 15 while it is said, Today if you will hear his voice, do not harden your hearts, as in the provocation. 16 For some, when they had heard, did provoke: however not all that came out of Egypt by Moses. 17 But with whom was he grieved forty years? Was it not with those that sinned, whose carcasses fell in the wilderness? 18 And to whom did he swore that they would not enter his rest, but to those that did not believe? 19 So we see that they could not enter in because of unbelief.

God’s works were finished before the foundation of the world

He gives us His rest, the rest of all work finished

1 God’s promise of entering his place of rest still stands, let us tremble with fear that any of you might fail to get there. 2 For the gospel was preached to us as well as to them: but the word preached did not profit them, not being mixed with faith in those that heard it. 3 For we that have believed enter into rest, as he said, As I have sworn in my wrath, if they will enter into my rest: although the works were finished from the foundation of the world.

4 For he spoke somewhere about the seventh day this way, And God rested the seventh day from all his works. 5 And in this place again, If they will enter into my rest.  6 So it remains that some must enter into it, and those to whom it was first preached did not enter in because of unbelief: 7 Again, he marked out a certain day, saying in David, Today, after so long a time; as it is said, Today if you will hear his voice, do not harden your hearts. 8 For if Jesus had given them rest, then he would not afterward have spoken of another day. 9 So there remains a rest to the people of God. 10 For he that has entered into his rest, he also has ceased from his own works, as God did from his. 11 Therefore let us quickly enter that rest, so that no one fall into the same disbelief.

God’s word is living and powerful

12 For the word of God is living and powerful, and sharper than any two-edged sword, piercing even to the dividing apart of soul and spirit, and of the joints and marrow, and is a discerner of the thoughts and intents of the heart.

He sees everything always

Our Great High Priest helps us

13 There is no created being that is not completely clear to him: but all things are naked and laid open to the eyes of him with whom we have to do. 14 Since we have a great high priest who has passed into the heavens, Jesus the Son of God, let us hold fast the confession. 15 For we do not have a high priest who cannot sympathize with our infirmities; but was tested in all points as we are, yet without sin. 16 Let us therefore come boldly to the throne of grace that we may obtain mercy, and find grace to help in time of need.