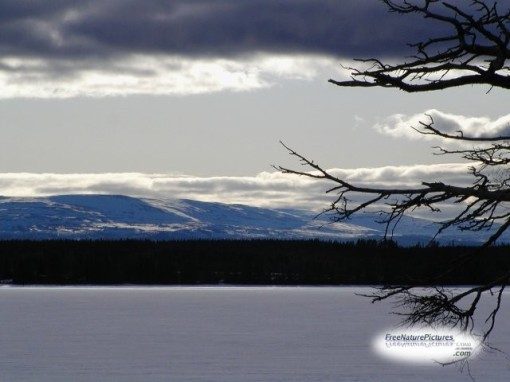 God made man and calls forth the generations of men

8 The sons of Ham; Cush, Mizraim, Put, and Canaan. 9 And the sons of Cush; Seba, Havilah, Sabta, Raamah, and Sabtecha. And the sons of Raamah; Sheba, and Dedan. 10 And Cush begat Nimrod; he began to be mighty on the earth. 11 And Mizraim begat Ludim, Anamim, Lehabim, Naphtuhim, 12 Pathrusim, Casluhim, (of whom came the Philistines,) and Caphthorim. 13 And Canaan begat Zidon his firstborn, and Heth, 14 also the Jebusite, the Amorite, the Girgashite, 15 the Hivite, the Arkite, the Sinite, 16 the Arvadite, the Zemarite, and the Hamathite.

17 The sons of Shem; Elam, Asshur, Arphaxad, Lud, Aram, Uz, Hul, Gether, and Meshech. 18 And Arphaxad begat Shelah, and Shelah begat Eber. 19 Two sons were born to Eber; the name of one was Peleg; because in his days the earth/land was divided; and his brother’s name was Joktan.

20 And Joktan begat Almodad, Sheleph, Hazarmaveth, Jerah, 21 Hadoram also, Uzal, Diklah, 22 Ebal, Abimael,Sheba, 23 Ophir, Havilah, and Jobab. All these were the sons of Joktan. 24 Shem, Arphaxad, Shelah, 25 Eber, Peleg, Reu, 26 Serug, Nahor, Terah, 27 Abram; the same is Abraham. 28 The sons of Abraham; Isaac, and Ishmael. 29 These are their generations; The firstborn of Ishmael, Nebaioth; then Kedar, Adbeel, Mibsam, 30 Mishma Dumah, Massa, Hadad, Tema, 31 Jetur, Naphish, and Kedemah. These are the sons of Ishmael. 32 Now the sons of Keturah, Abraham’s concubine; she bore Zimran, Jokshan, Medan, Midian, Ishbak, and Shuah. And the sons of Jokshan; Sheba, and Dedan.

God made man to rule

1 These are the sons of Israel: Reuben, Simeon, Levi, Judah, Issachar, Zebulun,

God rules sovereign over life; He sees all

3 The sons of Judah: Er, Onan, and Shelah: which three were born to him by the daughter of Shua the Canaanitess. Er, the firstborn of Judah, was evil in the sight of the LORD; and he killed him. 4 And Tamar his daughter in law bore him Pharez and Zerah. All five were the sons of Judah.

5 The sons of Pharez; Hezron, and Hamul. 6 And the sons of Zerah; Zimri, Ethan, Heman, Calcol, and Dara: five of them in all. 7 The sons of Carmi; Achar, the troubler of Israel, who transgressed in the thing accursed.

8 The son of Ethan: Azariah. 9 The sons also of Hezron that were born to him; Jerahmeel, Ram, and Chelubai. 10 And Ram begat Amminadab; Amminadab begat Nahshon, prince of the children of Judah; 11 Nahshon begat Salma, and Salma begat Boaz, 12 Boaz begat Obed, and Obed begat Jesse, 13 Jesse begat his firstborn Eliab, Abinadab the second, Shimma the third, 14 Nethaneel the fourth, Raddai the fifth, 15 Ozem the sixth, David the seventh: 16 Whose sisters were Zeruiah and Abigail. And the three sons of Zeruiah: Abishai, Joab, and Asahel. 17 Abigail bore Amasa: the father of Amasa was Jether the Ishmeelite.

18 Caleb, the son of Hezron, begat children of his wife Azubah, and of Jerioth: her sons are these: Jesher, Shobab, and Ardon. 19 And when Azubah was dead, Caleb took to him Ephrath, who bore him Hur. 20 And Hur begat Uri, and Uri begat Bezaleel. 21 And afterward Hezron went in to the daughter of Machir, the father of Gilead, whom he married when he was 60 years old; and she bore him Segub. 22 And Segub begat Jair, who had 23 cities in the land of Gilead.

23 And he took from them Geshur and Aram, with the towns of Jair, with Kenath, and its towns, 60 cities. All these belonged to the sons of Machir, the father of Gilead. 24 And after Hezron was dead in Caleb-ephratah, then Abiah, Hezron’s wife, bore him Ashur, the father of Tekoa.

47 And the sons of Jahdai; Regem, Jotham, Geshan, Pelet, Ephah, and Shaaph. 48 Maachah, Caleb’s concubine, bore Sheber, and Tirhanah. 49 She also bore Shaaph the father of Madmannah, Sheva the father of Machbenah, and the father of Gibea: and the daughter of Caleb was Achsah.

1 Now these were the sons of David that were born to him in Hebron; the firstborn Amnon, of Ahinoam the Jezreelitess; the second Daniel, of Abigail the Carmelitess: 2 The third, Absalom the son of Maachah the daughter of Talmai king of Geshur: the fourth, Adonijah the son of Haggith: 3 The fifth, Shephatiah of Abital: the sixth, Ithream by Eglah his wife.

4 These six were born to him in Hebron; he reigned there seven years and six months: and in he reigned Jerusalem 33 years. 5 These four were born to him in Jerusalem by Bath-shua the daughter of Ammiel; Shimea, Shobab, Nathan, and Solomon. 6 Also these nine: Elishama, Eliphelet, 7 Nogah, Nepheg, Japhia, 8 Elishama, Eliada, and Eliphelet. 9 These were all the sons of David, beside the sons of the concubines, and Tamar their sister.

God calls forth the generations

7 And the sons of Helah were Zereth, Jezoar, and Ethnan. 8 And Coz begat Anub, and Zobebah, and the families of Aharhel the son of Harum. 9 Jabez was more honorable than his brothers: and his mother called his name Jabez saying, Because I bore him with sorrow.

24 The sons of Simeon were, Nemuel, and Jamin, Jarib, Zerah, and Shaul: 25 Shallum his son, Mibsam his son, Mishma his son. 26 And the sons of Mishma; Hamuel his son, Zacchur his son, Shimei his son. 27 And Shimei had sixteen sons and six daughters; but his brothers did not have many children, neither did all their family multiply like the children of Judah.

28 And they dwelt at Beer-sheba, Moladah, Hazar-shual, 29 at Bilhah, at Ezem, at Tolad, 30 at Bethuel, at Hormah, at Ziklag, 31 at Beth-marcaboth, at Hazar-susim, at Beth-birei, and at Shaaraim. These were their cities until the reign of David.

39 They went to the entrance of Gedor, to the east side of the valley to seek pasture for their flocks. 40 They found fat, good pasture. The land was wide, quiet, and peaceable; for those of Ham had dwelt there of old. 41 These written by name came in the days of Hezekiah king of Judah, and struck their tents, and the habitations that were found there, and destroyed them utterly unto this day, and dwelt in their places: because there was pasture there for their flocks.

42 And some of them, even of the sons of Simeon, five hundred men, went to mount Seir, having for their captains Pelatiah, Neariah, Rephaiah, and Uzziel, the sons of Ishi. 43 And they struck the rest of the Amalekites that escaped, and dwelt there unto this day.