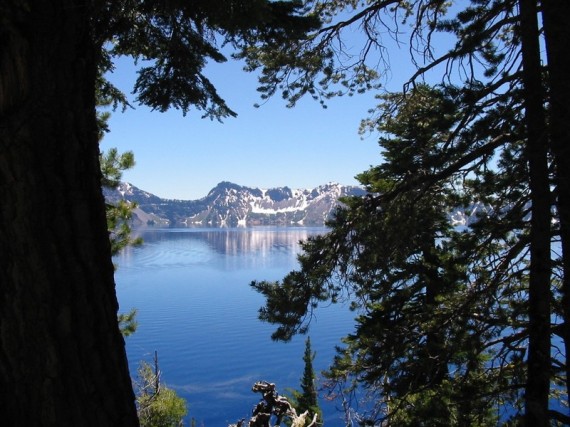 Our God is happy and the Source of all happiness

1 Paul, an apostle of Jesus Christ by the will of God, to the saints who are at Ephesus, and to the faithful in Christ Jesus: 2 Grace to you, and peace, from God our Father, and from the Lord Jesus Christ. 3 Blessed be the God and Father of our Lord Jesus Christ, who has blessed us with all spiritual blessings in heavenly places in Christ

God the Father chose us before the foundation of the world

4  Just as he has chosen us in him before the foundation of the world, that we should be holy and without blame before him in love: 5 Having predestined us to the adoption of children by Jesus Christ to himself, according to the good pleasure of his will,

6  To the praise of the glory of his grace, in which he has made us accepted in the beloved. 7 In whom we have redemption through his blood, the forgiveness of sins, according to the riches of his grace; 8 in which he has abounded toward us in all wisdom and prudence; 9 having made known to us the mystery of his will, according to his good pleasure which he has purposed in himself: 10 that in the dispensation of the fullness of times he might gather together in one all things in Christ, both which are in the heavens, and which are on earth; even in him:

11  In whom also we have obtained an inheritance, being predestined according to the purpose of him who works all things after the counsel of his own will: 12 that we should be to the praise of his glory, who first trusted in Christ. 13 In whom you also trusted, after you heard the word of truth, the gospel of your salvation: in whom also after that you believed, you were sealed with that Holy Spirit of promise, 14 who is the down payment/pledge/ engagement ring for our inheritance until the redemption of the purchased possession, unto the praise of his glory.

15  Therefore I also, after I heard of your faith in the Lord Jesus, and love to all the saints, 16 do not stop giving thanks for you, making mention of you in my prayers; 17 that the God of our Lord Jesus Christ, the Father of glory, may give to you the spirit of wisdom and revelation in the knowledge of him: 18 the eyes of your understanding being enlightened; that you may know what is the hope of his calling, and what is the riches of the glory of his inheritance in the saints,

19 and what is the exceeding greatness of his power toward us who believe, according to the working of his mighty power,

20  that he worked in Christ, when he raised him from the dead, and set him at his own right hand in the heavenly places, 21 far above all principality, and power, and might, and dominion, and every name that is named, not only in this world, but also in the one that is to come: 22 and has put all things under his feet, and gave him to be the head over all things to the church, 23 which is his body, the fullness of him that fills all in all.

God has seated us with Christ in heavenly places

1 And he made alive you who were dead in trespasses and sins; 2 in which you walked in time past according to the course of this world, according to the prince of the power of the air, the spirit that now works in the sons of disobedience: 3 among whom we all also had our way of life in times past in the lusts of our flesh, fulfilling the desires of the flesh and of the mind; and were by nature the children of wrath, even as others. 4 But God, who is rich in mercy, for his great love with which he loved us, 5 even when we were dead in sins, has quickened us together with Christ, (by whose grace you are saved;) 6 And has raised us up together, and seated us in heavenly places in Christ Jesus: 7 that in the ages to come he might show the exceeding riches of his grace in his kindness toward us through Christ Jesus. 8 For by grace you are saved through faith; and that not of yourselves: it is the gift of God: 9 not from works, lest any man boast.

He made us His masterpiece in Christ

He already prepared our works that we are to walk in

10  For we are his workmanship/masterpiece/poem, created in Christ Jesus unto good works, that God before ordained/prepared that we walk in them. 11 So remember that you in time past were Gentiles in the flesh, who are called Uncircumcision by those called the Circumcision in the flesh made by hands; 12 that at that time you were without Christ, being alienated from the commonwealth of Israel, and foreigners from the covenants of promise, having no hope, and without God in the world.

Christ removed everything between us and the Father

He is the Chief Cornerstone of all eternity

13  But now in Christ Jesus, you who were then far off, now are made near by the blood of Christ. 14 For he is our peace, who has made both one, and has broken down the middle wall of partition between us; 15 having abolished in his flesh the extreme hatred, even the law of commandments contained in ordinances; to make in himself from two one new man, and by this making peace; 16 and that he might reconcile both to God in one body by the cross, having slain the extreme hatred by it: 17 and came and preached peace to you who were afar off, and to those that were near. 18 For through him we both have access by one Spirit to the Father. 19 Now therefore you are no longer foreigners and foreign residents, but fellow citizens with the saints, and of the household of God; 20 and are built on the foundation of the apostles and prophets, Jesus Christ himself being the chief cornerstone; 21 in whom all the building fitly framed together grows to a holy temple in the Lord: 22 in whom you also are built together for a permanent residence of God through the Spirit.

By God’s grace Gentiles inherit the kingdom with the Jews

1 For this reason I Paul, the prisoner of Jesus Christ for you Gentiles, 2 if you have heard of the dispensation of the grace of God which is given to me for you: 3 how that by revelation he made known to me the mystery; (as I wrote before in few words, 4 that when you read you may understand my knowledge in the mystery of Christ) 5 which in other ages was not made known to the sons of men, as it is now revealed by the Spirit to his holy apostles and prophets; 6 that the Gentiles would be fellow heirs, and of the same body, and partakers of his promise in Christ by the gospel: 7 of which I was made a minister, according to the gift of the grace of God given to me by the effective working of his power.

8  To me, one who is less than the least of all saints, this grace is given to preach among the Gentiles the unsearchable riches of Christ; 9 and to make all see what is the fellowship of the mystery, which from the beginning of the world has been hid in God, who created all things by Jesus Christ: 10 to the intent that now to the principalities and powers in heavenly places might be known by the church the multifaceted wisdom of God,

11  According to the eternal purpose that he purposed in Christ Jesus our Lord: 12 in whom we have boldness and access with confidence by the faith of him. 13 Therefore I desire that you not faint at my tribulations for you, which is your glory. 14 For this cause I bow my knees to the Father of our Lord Jesus Christ, 15 of whom the whole family in heaven and earth is named, 16 that he would grant you, according to the riches of his glory, to be strengthened with might by his Spirit in the inner man; 17 that Christ dwell in your hearts by faith; that you, being rooted and grounded in love, 18 may be able to comprehend with all saints what is the breadth, and length, and depth, and height; 19 and to know the love of Christ, which surpasses knowledge, that you might be filled with all the fullness of God.

20 Now to him that is able to do exceedingly abundantly above all that we ask or think, according to the power that works in us, 21 to him be glory in the church by Christ Jesus throughout all ages, world without end. Amen.