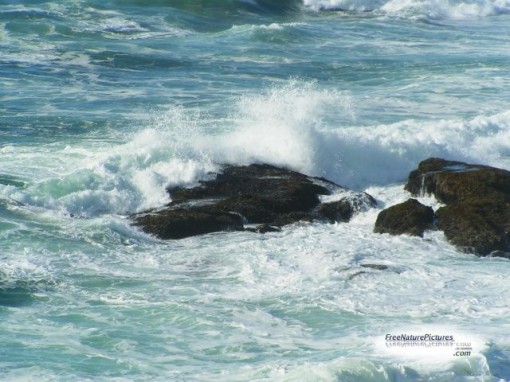 1 Then, after the death of Ahab, Moab rebelled against Israel. 2 And Ahaziah fell down through a lattice in his upper chamber that was in Samaria, and was sick: and he sent messengers and said to them, Go, inquire of Baal-zebub the god of Ekron to see whether I will recover of this disease. 3 But the angel of the LORD said to Elijah the Tishbite, Arise, go up to meet the messengers of the king of Samaria and say to them, Is there no God in Israel, that you go to inquire of Baal-zebub the god of Ekron? 4 Now the LORD says this, You will not come down from that bed on which you have gone up, but will surely die. And Elijah departed.

5 And when the messengers turned back to him, he said to them, Why have you returned? 6 And they said to him, A man came up to meet us and said to us, Go, return to the king that sent you and say to him, The LORD says this, Is there no God in Israel, that you sent to inquire of Baal-zebub the god of Ekron? Therefore you will not come down from that bed on which you have gone up, but will surely die.

7 And he said to them, What was the appearance of the man that came up to meet you, and told you these words? 8 And they answered him, He was a hairy man with a leather belt around his waist. And he said, It is Elijah the Tishbite. 9 Then the king sent to him a commander of fifty with his fifty. And he went up to him: and behold, he sat on the top of a hill. And he spoke to him, Man of God, the king has said, Come down.

God’s power and protection are vastly superior to man’s

The angel of the LORD guided and comforted Elijah

15 And the angel of the LORD said to Elijah, Go down with him: do not be afraid of him. And he arose, and went down with him to the king. 16 And he said to him, This is what the LORD says, Because you have sent messengers to inquire of Baal-zebub, the god of Ekron, is there no God in Israel to inquire of his word? Therefore you will not come down off that bed on which you have gone up, but will surely die. 17 So he died according to the word of the LORD that Elijah had spoken. And Jehoram reigned in his place in the second year of Jehoram the son of Jehoshaphat king of Judah; because he had no son. 18 Now the rest of the acts of Ahaziah that he did, are they not written in the book of the chronicles of the kings of Israel?

God took Elijah up to heaven in a whirlwind

God divided the waters of the Jordan River for Elijah

8 And Elijah took his mantle, wrapped it together, stuck the waters, and they were divided here and there so that they two went over on dry ground. 9 And when they had gone over Elijah said to Elisha, Ask what I shall do for you before I am taken away from you. And Elisha said, Please let a double portion of your spirit be upon me. 10 And he said, You have asked a hard thing: if you see me when I am taken from you, it will be so to you; but if not, it will not be so. 11 And as they continued on, and talked, behold, a chariot of fire appeared, and horses of fire, and separated them; and Elijah went up by a whirlwind into heaven.

15 And when the sons of the prophets that were at Jericho saw him, they said, The spirit of Elijah rests on Elisha. And they came to meet him, and bowed themselves to the ground before him.

16 And they said to him, Behold now, there are with you servants fifty sons of valor; please let them go and seek your master: lest perhaps the Spirit of the LORD has taken him up, and cast him on some mountain, or into some valley. And he said, You shall not send. 17 And when they urged him until he was ashamed he said, Send. So they sent the fifty men; and they searched three days, but did not find him. 18 And when they came again to him, (for he waited at Jericho,) he said to them, Did I not say to you, Do not go?

19 And the men of the city said to Elisha, Please behold, the site of this city is pleasant, as my lord sees: but the water is bad, and the ground barren. 20 And he said, Bring me a new jar, and put salt in it. And they brought it to him. 21 And he went out to the spring of the waters, and threw salt in there, and said, The LORD says, I have healed these waters; there will not be any more death or barren land here. 22 So the waters were healed to this day, according to the saying of Elisha that he spoke.

23 And he went up from there to Bethel: and as he was going up by the way, young lads came out of the city, and mocked him, and said to him, Go up, you bald head; go up, you bald head. 24 And he turned back, and looked on them, and cursed them in the name of the LORD. And two she bears came out of the wood, and tore 42 children of them. 25 And he went from there to mount Carmel, and from there he returned to Samaria.

1 Now Jehoram, the son of Ahab, began to reign over Israel in Samaria the eighteenth year of Jehoshaphat king of Judah, and reigned twelve years. 2 And he did evil in the sight of the LORD; but not like his father, and like his mother: for he put away the pillar of Baal that his father had made. 3 Nevertheless he clung to the sins of Jeroboam the son of Nebat, which made Israel to sin; he did not depart from them.

6  So king Jehoram went out of Samaria the same time, and mustered all Israel. 7 He went and sent to Jehoshaphat the king of Judah saying, The king of Moab has rebelled against me: will you go with me to battle against Moab? And he said, I will go up: I am as you are, my people as your people, and my horses as your horses.

God’s hand came upon Elisha as the music played

15  But now bring me a minstrel. And when the minstrel played, the hand of the LORD came upon him. 16 And he said, The LORD says this, Make this valley full of ditches. 17 For the LORD says, You will not see wind, neither will you see rain; yet that valley will be filled with water, that you may drink, both you, your cattle, and your animals. 18 And this is but a slight thing in the sight of the LORD: he will deliver the Moabites also into your hand. 19 And you will strike every fenced city, every choice city, chop down every good tree, stop all wells of water, and mar every good piece of land with stones.

20  And in the morning when the grain offering was offered, behold, water came by the way of Edom, and the country was filled with water. 21 And when all the Moabites heard that the kings had come up to fight against them, they gathered all that were able to put on armor, and upward, and stood in the border. 22 And they rose up early in the morning, and the sun shone on the water, and the Moabites saw the water on the other side as red as blood: 23 And they said, This is blood: the kings are surely killed, they have struck one another: now therefore, Moab, to the spoil.

24 And when they came to the camp of Israel, the Israelites rose up and struck the Moabites, so that they fled before them: they went forward striking the Moabites, even in their country. 25 They beat down the cities, and on every good piece of land every man cast his stone, and filled it; they stopped all the wells of water, and chopped down all the good trees: only in Kir-haraseth they left its stones; however, the slingers surrounded it, and struck it. 26 And when the king of Moab saw that the battle was too fierce for him, he took with him seven hundred men that drew swords, to break through to the king of Edom: but they could not. 27 Then he took his oldest son that would have ruled in his place, and offered him for a burnt offering on the wall. And there was great indignation against Israel: and they departed from him, and returned to their own land.