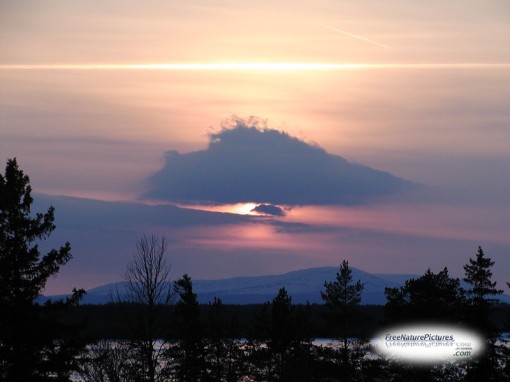 1 The words of Nehemiah the son of Hachaliah. In the month Chisleu, in the twentieth year, as I was in Shushan the palace, 2 Hanani, one of my brothers, came, he and certain men of Judah; and I asked them concerning the Jews that had escaped, who were left of the captivity, and concerning Jerusalem. 3 And they said to me, The remnant that are left of the captivity there in the province are in great affliction and reproach: the wall of Jerusalem also is broken down, and the its gates are burned with fire.

4 When I heard these words, I sat down and wept and mourned certain days. I fasted and prayed before the God of heaven, 5 and said, I beg you, O LORD God of heaven, the great and awesome God, that keeps covenant and love for them that love him and observe his commandments: 6 Let your ear now be attentive, and your eyes open, that you may hear the prayer of your servant which I pray before you now, day and night, for the children of Israel your servants, and confess the sins of the children of Israel, which we have sinned against you: both I and my father's house have sinned.

7 We have acted very wickedly against you, and have not kept the commandments, or the statutes, or the judgments, which you commanded your servant Moses. 8 Remember, I beg you, the word that you commanded your servant Moses saying, If you transgress, I will scatter you abroad among the nations: 9 But if you turn to me, and keep my commandments, and do them; though there were those of you cast out to the uttermost part of the heaven, yet I will gather them from there, and will bring them to the place that I have chosen to set my name there.

He redeemed us by His great power and strong hand

1 In the month Nisan, in the twentieth year of Artaxerxes the king, when wine was before him, I took the wine, and gave it to the king. Now before this time I had not been sad in his presence. 2 So the king said to me, Why is your face sad, since you are not sick? This is nothing else but sorrow of heart. Then I was very afraid. 3 And said to the king, Let the king live forever: why shouldn’t my face be sad when the city, the place of my fathers' tombs, lies waste, and its gates are consumed with fire? 4 Then the king said to me, What is your request? So I prayed to the God of heaven. 5 And I said to the king, If it pleases the king, and if your servant has found favor in your sight, I request that you send me to Judah, to the city of my fathers' tombs that I may rebuild it.

God moves the hearts of kings to do His will

6 And the king said to me, (his wife also sitting by him,) How long will your journey be? And when will you return? So it pleased the king to send me; and I set him a time. 7 Moreover I said to the king, If it pleases the king, let letters be given to me to the governors beyond the river, that they may convey me over until I come to Judah; 8 And a letter to Asaph, the keeper of the king's forest, to give me timber to make beams for the gates of the palace belonging to the house, for the wall of the city, and for the house that I will enter into. And the king granted me, according to the good hand of my God upon me.

9 Then I came to the governors beyond the river, and gave them the king's letters. Now the king had sent captains of the army and horsemen with me. 10 When Sanballat the Horonite, and Tobiah the servant, the Ammonite, heard of it, it grieved them exceedingly that a man to came seek the welfare of the children of Israel.

He puts His will on our hearts

11 So I came to Jerusalem and was there three days. 12 I got up in the night, I and a few men with me. I had not told any man what my God had put in my heart to do at Jerusalem: neither was there any animal with me, except the animal that I rode on. 13 I went out by night by the gate of the valley, before the dragon well, to the dung port, and viewed the walls of Jerusalem that were broken down, and the gates that were consumed with fire.14 Then I went on to the gate of the fountain, and to the king's pool: but there was no place for the animal that I rode on to pass. 15 Then went I up in the night by the brook, and examined the wall, and turned back and entered by the gate of the valley, and so returned. 16 The rulers did not know where I went, or what I did; neither had I as yet told it to the Jews, or to the priests, or to the nobles, or to the rulers, or to the rest that did the work. 17 Then said I to them, You see the distress that we are in, how Jerusalem lies waste, and its gates are burned with fire: come, and let us build up the wall of Jerusalem, so that we are no longer a reproach. 18 Then I told them of the hand of my God which was good on me; and also the king's words that he had spoken to me. And they said, Let us rise up and build. So they strengthened their hands for this good work. 19 But when Sanballat the Horonite, Tobiah the servant, the Ammonite, and Geshem the Arabian, heard it, they laughed us to scorn, and despised us, and said, What are you doing? Will you rebel against the king?__

The God of heaven will prosper us

20 Then answered I them and said to them, The God of heaven, he will prosper us; therefore we, his servants will rise up and build: but you have no portion, nor right, nor memorial in Jerusalem.

1 Then Eliashib, the high priest, rose up with his brothers the priests, and they built the sheep gate; they sanctified it, and set up its doors; even to the tower of Meah they sanctified it, to the tower of Hananeel. 2 And next to him the men of Jericho built. And next to them Zaccur, the son of Imri, built. 3. But the sons of Hassenaah, the sons of Hassenaah, built the fish gate, who also laid its beams, and set up its doors, its locks, and its bars.