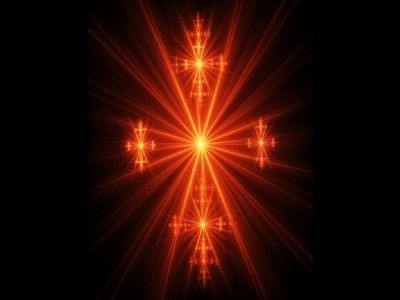 1 The burden of the word of the LORD to Israel by Malachi. 2 I have loved you, says the LORD. Yet you say, How have you loved us? Was not Esau Jacob’s brother, asks the LORD? Yet I loved Jacob, 3 and I hated Esau, and laid waste his mountains and his heritage for the dragons of the wilderness. 4 Whereas Edom said, We have been beaten down, but we will return and build the desolate places; the Lord of hosts says this, They will build, but I will throw down; and they will call them, The territory of wickedness, and, The people against whom the LORD has indignation forever.

The Lord will be magnified

5  And your eyes will see, and you will say, The LORD will be magnified from the border of Israel. 6 A son honors his father, and a servant his master: if then I am a father, where is my honor? And if I am a master, where is my respect, the LORD of hosts asks you, O priests that despise my name. And you say, How have we despised your name? 7 You offer defiled food on my altar; and you say, How have we defiled you? You say, The table of the LORD is despised.

8  And if you offer the blind for sacrifice, is it not evil? And if you offer the lame and sick, is it not evil? Now offer it to your governor; will he be pleased with you, or accept your person, asks the LORD of hosts? 9 But now, will you not seek God’s favor that he may be gracious to us: this has been by your means: will he regard your persons, asks the LORD of hosts? 10 Who is there among you that would shut the doors for nothing? Or do you kindle fire on my altar for nothing. I have no pleasure in you, says the LORD of hosts; I will not accept an offering at your hand.

11  For from the rising of the sun even to the going down of the same my name is great among the Gentiles; and in every place incense will be offered to my name, and a pure offering: for my name will be great among the heathen, says the LORD of hosts. 12 But you are profaning it, in that you say, the table of the LORD is despised; and its fruit, even his food, is despised. 13 You also said, Behold, what a weariness is it! And you disdainfully sniff at it, says the LORD of hosts; you brought the torn, the lame, and the sick; this is how you brought an offering: should I accept this of your hand, asks the LORD? 14 But cursed is the deceiver that has a male in his flock, and vows and sacrifices to the LORD a corrupt thing: for I am a great King, says the LORD of hosts, and my name is revered among the heathen.

1 And now, O priests, this commandment is for you. 2 If you will not hear, and if you will not lay it to heart, to give glory to my name, says the LORD of hosts, I will send a curse on you, and I will curse your blessings: yes, I have cursed them already, because you do not lay it to heart. 3 Behold, I will reprove your seed, and spread dung on your faces, even the dung of your solemn feasts; and you will be taken away with it.

4  And you will know that I have sent this commandment to you, that my covenant might be with Levi, says the LORD of hosts. 5 My covenant was with him of life and peace; and I gave them to him for the fear with which he revered me, and was afraid before my name. 6 The law of truth was in his mouth, and iniquity was not found in his lips: he walked with me in peace and equity, and turned many away from iniquity. 7 For the priest’s lips should guard knowledge, and they should seek the law at his mouth: for he is the messenger of the LORD of hosts. 8 But you have departed out of the way; you have caused many to stumble at the law; you have corrupted the covenant of Levi, says the LORD of hosts.

9  Therefore I have also made you contemptible and low before all the people, according as you have not kept my ways, but have been partial in the law. 10 Have we not all one father? Has not one God created us? Why do we deal treacherously, every man against his brother, by profaning the covenant of our fathers? 11 Judah has dealt treacherously, and an abomination is committed in Israel and in Jerusalem; for Judah has profaned the holiness of the LORD which he ought to love, and has married the daughter of a strange god. 12 The LORD will cut off the man that does this, the master and the scholar, out of the tabernacles of Jacob, and him that offers an offering to the LORD of hosts. 13 And this have you done again, covering the altar of the LORD with tears, with weeping, and with crying out, insomuch that he does not regard the offering any more, or receive it with good will at your hand.

14  Yet you say, why? Because the LORD has been witness between you and the wife of your youth, against whom you have dealt unfaithfully/treacherously: yet is she your companion, and the wife of your covenant. 15 And did he not make one? Yet he had the excellency of the spirit. And why one? That he might seek a seed of God. Therefore take heed to your spirit, and let none deal unfaithfully/treacherously against the wife of his youth. 16 For the LORD, the God of Israel, says that he hates divorce: for one covers violence with his clothing, says the LORD of hosts: therefore take heed to your spirit that you do not deal treacherously. 17 You have wearied the LORD with your words. Yet you say, how have we wearied him? When you say, Every one that does evil is good in the sight of the LORD, and he delights in them; or, Where is the God of judgment?

The Lord is coming to cleanse and purify

1 Behold, I will send my messenger, and he will prepare the way before me: and the Lord, whom you seek, will suddenly come to this temple, even the Angel of the covenant, whom you delight in: behold, he will come, says the LORD of hosts. 2 But who may abide the day of his coming? And who will be able to stand when he appears? For he is like a refiner’s fire, and like fullers’ soap: 3 And he will sit as a refiner and purifier of silver: and he will purify the sons of Levi, and purge them as gold and silver, that they may offer unto the LORD an offering in righteousness. 4 Then the offering of Judah and Jerusalem will be pleasant to the LORD, as in the days of old, and as in former years.

5 And I will come near to you to judgment; and I will be a swift witness against the sorcerers/drug users, and against the adulterers, and against perjurers, and against those that defraud the wage earner, the widow, and the fatherless, and that turn aside the foreigner from his right, and do not fear me, says the LORD of hosts. 6 For I am the LORD, I do not change; therefore you sons of Jacob are not consumed.

7  Since the days of your fathers you have gone away from my ordinances, and have not kept them. Return to me, and I will return to you, says the LORD of hosts. But you said, How are we to return? 8 Will a man rob God? Yet you have robbed me. But you say, How have we robbed you? In tithes and offerings. 9 You are cursed with a curse: for you have robbed me, even this whole nation. 10 Bring all the tithes into the storehouse, that there may be food in my house, and prove me now by this, says the LORD of hosts, if I will not open to you the windows of heaven, and pour you out a blessing, that there will not be room enough to receive it.

11  And I will rebuke the devourer for your sakes, and he will not destroy the fruits of your ground; neither will your vine cast her fruit before the time in the field, says the LORD of hosts. 12 And all nations will call you blessed: for you will be a delightful land, says the LORD of hosts. 13 Your words have been strong against me, says the LORD. Yet you say, What have we spoken against you? 14 You have said, It is vain to serve God: and what profit is it that we have kept his watch/guard, and that we have walked in black/mournfully before the LORD of hosts? 15 And now we call the arrogant blessed; yes, they that work wickedness are built up; yes, they that tempt God escape.

16 Then those that feared the LORD spoke often one to another: and the LORD listened and heard it, and a book of remembrance was written before him for those that feared the LORD and esteemed his name. 17 And they will be mine, says the LORD of hosts, in that day when I make up my jewels; and I will spare them, as a man spares his own son that serves him. 18 Then you will return, and discern between the righteous and the wicked, between him that serves God and him that does not serve him.

The Sun of Righteousness will arise with healing in His wings

1 For, behold, the day comes that will burn as an oven; and all the proud, yes, all that do wickedly, will be stubble: the day that comes will burn them up, says the LORD of hosts; it will leave them neither root nor branch. 2 But to you that fear my name the Sun of righteousness will arise with healing in his wings; and you will go out, and grow up as calves of the stall. 3 And you will tread down the wicked; they will be ashes under the soles of your feet in the day that I will do this, says the LORD of hosts.

4 Remember the law of Moses, my servant, that I commanded him in Horeb for all Israel, with the statutes and judgments. 5 Behold, I will send you Elijah, the prophet, before the coming of the great and dreadful day of the LORD: 6 And he will turn the heart of the fathers to the children, and the heart of the children to their fathers, lest I come and strike the earth with a curse.