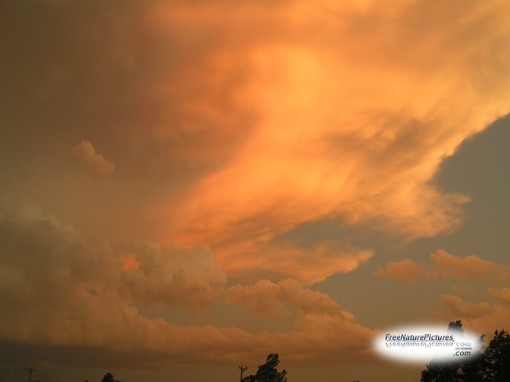 1 The burden which Habakkuk the prophet saw. 2 O LORD, how long will I cry, and you will not hear! I cry out to you of violence, and you will not save! 3 Why do you show me evil, and cause me to behold toil? For destruction and violence are before me: and those that cause strife and contention. 4 Therefore the law is ignored, and justice is never upheld: for the wicked surround the righteous; so wrong judgment proceeds.

5  Look among the heathen, and regard, and wonder marvelously: for I will work a work in your days that you would not believe if you were told. 6 For, behold, I am raising up the Chaldeans, that bitter and hasty nation, who will march through the breadth of the land, to possess the dwelling places that are not theirs. 7 They are terrible and dreadful: from them will proceed the judgment of some, and the captivity of others. 8 Their horses are swifter than the leopards, and are more fierce than the evening wolves: and their horsemen will prance, and their horsemen will come from far off; they will fly as the eagle that swoops to devour. 9 They all come for violence: the opposition of their faces is toward the east wind, and they will gather captives as the sand. 10 And they will scoff at the kings, and the princes will be a scorn to them: they will laugh at every fortress; for they will heap dust and capture it. 11 They will sweep through like the wind and change his mind. He will be deeply guilty, crediting his power to his god.

12  Are you not from everlasting, O LORD my God, my Holy One? We will not die. O LORD, you have ordained them for judgment; and, O Rock, you have established them for correction. 13 You are of purer eyes than to behold evil, and cannot look on iniquity: why do you look on those that deal treacherously, and hold your tongue when the wicked devour the man that is more righteous than he?

1 I will stand on my guard post, set myself on the tower, and will watch to see what he will say to me, and what I will answer when I am reproved. 2 And the LORD answered me and said, Write the vision, Carve it on tablets so that he may run that reads it. 3 For the vision is still for an appointed time, but at the end it will speak, and not lie: though it delays, wait for it; because it will surely come, it will not delay. 4 Behold, his soul is lifted up that is not upright in him: but the just will live by his faith.

5  Yes also, because he transgresses by wine, he is a proud man, neither stays at home, who enlarges his desire as hell, and as death, and cannot be satisfied, but gathers to himself all nations, and heaps to himself all people: 6 Will not all these take up a parable against him, and a taunting proverb against him, and say, Cries of grief to him that increases that which is not his! How long? And to him that loads himself with heavy loans! 7 Will not your creditors rise up suddenly, and those who collect from you awaken and you will be plunder to them? 8 Because you have plundered many nations, all the remnant of the people will plunder you; because of men’s blood, and for the violence of the land, of the city, and all that dwell in it. 9 Cries of grief to him that covets an evil covetousness to his house that he may set his nest on high; that he may be delivered from the power of evil! 10 You have counseled shame to your house by cutting off many people, and have sinned against your soul. 11 For the stone will cry out of the wall, and the beam out of the timber will witness against it.

12  Cries of grief to him that builds a town with blood, and establishes a city by iniquity! 13 Behold, is it not from the LORD of hosts that the people will labor in the very fire, and the people will weary themselves for every vanity? 14 For the earth will be filled with the knowledge of the glory of the LORD as the waters cover the sea.

15  Cries of grief to him that gives his neighbor drinks, that puts your bottle to him, and makes him drunk that you may look on their nakedness! 16 You are filled with shame for glory: you drink also, and let your foreskin be uncovered: the cup of the Lord’s right hand will be turned to you, and shameful spewing will be on your glory. 17 For the violence of Lebanon will cover you, and the destructions of beasts by which you made them afraid, because of men’s blood, and for the violence of the land, of the city, and of all that dwell in it.

18  What does the carved image profit its maker who carved it; the molten image, and a teacher of lies that the maker of his work trusts in it, to make dumb idols? 19 Cries of grief to him that says to the wood, Awake; to the dumb stone, Arise, it will teach! Behold, it is overlaid with gold and silver, and there is no breath at all in the midst of it. 20 But the LORD is in his holy temple: be silent all the earth before him.

God’s glory covers the heavens; the earth is filled with His praise

1 A prayer of Habakkuk the prophet on Shigionoth. 2 O LORD, I heard your report and was afraid: O LORD, keep alive your work in the midst of the years, in the midst of the years make known; in wrath remember mercy. 3 God came from Teman, and the Holy One from mount Paran. Selah. His glory covered the heavens, and the earth was full of his praise. 4 And his brightness was as the light; he had bright beams/horns of light out of his side: and there was the hiding of his power.

His ways are everlasting

5  Before him went the pestilence, and burning diseases went out at his feet.  6 He stood, and measured the earth: he looked and shook the nations; and the everlasting mountains were scattered, the perpetual hills bowed: His ways are everlasting. 7 I saw the tents of Cushan in affliction: the curtains of the land of Midian trembled. 8 Was the LORD displeased against the rivers? Was your anger against the rivers? Was your wrath against the sea that you rode on your horses and your chariots of salvation? 9 Your bow was made quite naked, according to the oaths of the tribes, even your word. Selah/rest on it. You split the earth with rivers. 10 The mountains saw you and they trembled: the overflowing of the water passed by: the deep uttered his voice, and lifted up his hands on high. 11 The sun and moon stood still in their habitation: at the light of your arrows they went, and at the shining of your glittering spear.

12  You marched through the land in indignation, you threshed the heathen in anger. 13 You went out for the salvation of your people, even for salvation with your anointed; you wounded the head out of the house of the wicked, by laying him open from thigh to the neck. Selah/rest on it. 14 You pierced with his own spear the head of his villages: they were tempestuous as a whirlwind to scatter me: their rejoicing was to devour the poor secretly.

15 You walked through the sea with your horses, through the heap of great waters. 16 When I heard, my belly trembled; my lips quivered at the voice: rottenness entered into my bones, and I trembled in myself, that I might rest in the day of trouble: when he comes up to the people, he will cut them in pieces with his troops. 17 Although the fig tree will not blossom, neither will fruit be in the vines; the labor of the olive will fail, and the fields will yield no food; the flock will be cut off from the fold, and there will be no herd in the stalls: 18 Yet I will rejoice in the LORD, I will joy in the God of my salvation. 19 The LORD God is my strength, and he will make my feet like hinds’ feet, and he will make me to walk on my high places. To the chief singer on my stringed instruments.