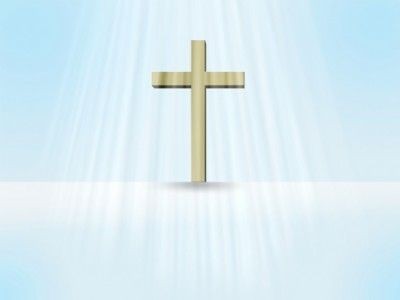 1 The word of the LORD that came to Joel the son of Pethuel. 2 Hear this, old men, and give ear, all you inhabitants of the land. Has anything like this happened in your days, or even in the days of your fathers? 3 Tell your children of it, and let your children tell their children, and their children the next generation. 4 That which the palmerworm has left the locust has eaten; and that which the locust has left the cankerworm has eaten; and that which the cankerworm has left the caterpiller has eaten. 5 Awake you drunkards and weep; howl, all you drinkers of wine because of the new wine; for it is cut off from your mouth. 6 For a nation has come up on my land, strong and without number; whose teeth are the teeth of a lion, and he has the fangs of a fierce lion. 7 He has laid my vine waste, and stripped my fig tree: he has made it completely bare and cast it away; its branches are made white.

8 Wail like a virgin clothed with sackcloth for the husband of her youth. 9 The food offering and the drink offering is cut off from the house of the LORD; the priests, the LORD's ministers, mourn. 10 The field is wasted, the land mourns; for the grain is ruined: the new wine is dried up, the oil fails.

God calls the nation to prayer and fasting

11 Be ashamed, farmers; howl, you vinedressers, for the wheat and for the barley; because the harvest of the field has perished. 12 The vine is dried up and the fig tree languishes; the pomegranate tree, the palm tree also, and the apple tree, all the trees of the field are withered: because joy has withered away from the sons of men. 13 Clothe yourselves and wail, you priests: howl, you ministers of the altar: come, lie all night in sackcloth, you ministers of my God: for the food offering and the drink offering is withheld from the house of your God. 14 Sanctify a fast, call a solemn assembly, gather the elders and all the inhabitants of the land to the house of the LORD your God, and cry to the LORD, 15 O pain for the day! For the day of the LORD is at hand and it will come as a destruction from the Almighty.

1 Blow the trumpet in Zion, and sound an alarm in my holy mountain: let all the inhabitants of the land tremble: for the day of the LORD comes, for it is near at hand; 2 A day of darkness and of gloominess, a day of clouds and of thick darkness, as the morning spread upon the mountains: a great and strong people; there has never been any like them, neither will there be any more after it, even to the years of many generations. 3 A fire devours before them; and behind them a flame burns: the land is like the garden of Eden before them, and behind them a desolate wilderness; yes, nothing will escape them. 4 Their appearance is like the appearance of horses; and they run like horsemen.

5 They will leap like the noise of chariots on the tops of mountains, like the noise of a flame of fire that devours the stubble, like a strong people set in battle formation. 6 Before them the people are in much anguish: all faces will gather blackness. 7 They will run like mighty men; they will climb the wall like warriors; and they will march every one on his path, and they will not break their ranks: 8 They never jostle one another; every one marches in his path: and when they fall on the sword, they will not be wounded. 9 They will run to and fro in the city; they will run upon the wall, they will climb up upon the houses; they will enter in the windows like a thief. 10 The earth will quake before them; the heavens will tremble: the sun and the moon will be dark, and the stars will withdraw their shining: 11 And the LORD will utter his voice before his army: for his camp is very great: for he is strong that executes his word: for the day of the LORD is great and very terrible; and who can survive it?

The gracious, merciful Lord says, Return to me

12 Yet even now the LORD says, return to me with all your heart, with fasting, with weeping, and with mourning: 13 Tear your heart and not your garments, and turn to the LORD your God: for he is gracious and merciful, slow to anger, and of great kindness, and repents himself of the evil.

14 Who knows if he will return and repent, and leave a blessing behind him; even a food offering and a drink offering unto the LORD your God? 15 Blow the trumpet in Zion, sanctify a fast, call a solemn assembly: 16 Gather the people, sanctify the congregation, assemble the elders, gather the children, and those that suck the breasts: let the bridegroom leave his chamber, and the bride her closet. 17 Let the priests, the ministers of the LORD, weep between the porch and the altar. And let them say, Spare your people, O LORD, and do not give your heritage to reproach, for the heathen to rule over them: why should they say among the people, Where is their God? 18 Then the LORD will be jealous for his land, and pity his people. 19 Yes, the LORD will answer and say to his people, Behold, I will send you grain and wine and oil, and you will be satisfied with it: and I will no longer make you a reproach among the heathen.

The Lord will remove the threat of war

20 But I will remove far away from you the northern army, and will drive him into a barren and desolate land, with his face toward the east sea and his back part toward the utmost sea. And his stink will come up, and his bad smell will come up, because he has done great things. 21 Do not fear, O land; be glad and rejoice: for the LORD will do great things. 22 Do not be afraid, you beasts of the field: for the pastures of the wilderness spring up, for the tree bears her fruit, the fig tree and the vine yield their strength. 23 Be glad then, children of Zion, and rejoice in the LORD your God: for he has given you a teacher of righteousness, and he will cause the rain to come down for you, the former rain, and the latter rain in the first month (April). 24 And the threshing floors will be full of wheat, and the vats will overflow with wine and oil. 25 And I will restore to you the years that the locust has eaten, the cankerworm, and the caterpiller, and the palmerworm, my great army that I sent among you. 26 And you will eat in plenty and be satisfied, and praise the name of the LORD your God who has dealt wondrously with you: and my people will never be ashamed. 27 By this you will know that I am in the midst of Israel, and that I am the LORD your God, and none else: and my people will never be ashamed.

28 And it will come to pass after this, that I will pour out my spirit on all flesh; and your sons and your daughters will prophesy, your old men will dream dreams, your young men will see visions: 29 And also on the servants and on the handmaids in those days will I pour out my spirit. 30 And I will show wonders in the heavens and in the earth, blood and fire and pillars of smoke. 31 The sun will be turned into darkness and the moon into blood, before the great and the terrible day of the LORD comes. 32 And it will come to pass, that whoever calls on the name of the LORD will be delivered: for in mount Zion and in Jerusalem will be deliverance, as the LORD has said, and in the remnant whom the LORD will call.

The Lord is the hope of His people

1 For behold, in those days and in that time, when I return the exiles of Judah and Jerusalem, 2 I will gather all nations, and will bring them down into the valley of Jehoshaphat, and will plead with them there for my people and for my heritage Israel, whom they have scattered among the nations, and divided up my land. 3 They have cast lots for my people; and have given a boy for a harlot, and sold a girl for wine to drink.

4 Yes, and what do you have to do with me, O Tyre and Zidon, and all the coasts of Palestine? Are you rendering repayment to me? And if you repay me, swiftly and speedily I will return your repayment on your own head; 5 Because you have taken my silver and my gold, and have carried my precious treasures into your temples: 6 You have sold the children of Judah and the children of Jerusalem to the sons of the Greeks, to remove them far from their border.

The Lord will judge the nations

7 Behold, I will raise them out of the place where you have sold them, and will return your recompense on your own head: 8 And I will sell your sons and your daughters into the hand of the children of Judah, and they will sell them to the Sabeans, to a people far off: for the LORD has spoken it. 9 Proclaim this among the Gentiles; Prepare for war, wake up the mighty men, let all the men of war draw near; let them come up: 10 Beat your plowshares into swords, and your pruninghooks into spears: let the weak say, I am strong. 11 Assemble yourselves and come, all you heathen, and gather yourselves together round about: cause your mighty ones to come down there, O LORD. 12 Let the heathen be wakened, and come up to the valley of Jehoshaphat: for there will I sit to judge all the heathen/nations round about.

13 Put in the sickle, for the harvest is ripe: come, go down; for the winepress is full, the vats overflow; for their wickedness is great. 14 Multitudes, multitudes in the valley of decision: for the day of the LORD is near in the valley of threshing.

15 The sun and the moon will be darkened, and the stars will withdraw their shining. 16 The LORD will roar out of Zion, and utter his voice from Jerusalem; and the heavens and the earth will shake: but the LORD will be the hope/harbor/place of repair of his people, and the strength of the children of Israel. 17 So you will know that I am the LORD your God dwelling in Zion, my holy mountain: then Jerusalem will be holy, and no foreigners will pass through her any more.

The Lord brings prosperity to earth when He comes

18 And it will come to pass in that day that the mountains will drop down new wine, and the hills will flow with milk, and all the rivers of Judah will flow with waters, and a fountain will come out from the house of the LORD, and will water the valley of acacias. 19 Egypt will be a desolation, and Edom will be a desolate wilderness, for the violence against the children of Judah, because they have shed innocent blood in their land. 20 But Judah will dwell forever, and Jerusalem from generation to generation. 21 For I will cleanse their blood that I have not cleansed: I, the Lord that dwells in Zion.