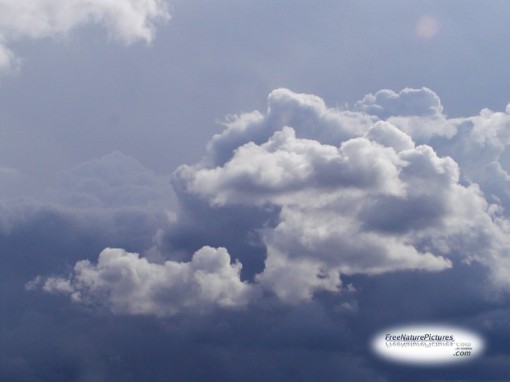 The LORD judges evil in nations

1 The words of Amos, who was among the herdsman of Tekoa, which he saw concerning Israel in the days of Uzziah, king of Judah, and in the days of Jeroboam, the son of Joash, king of Israel, two years before the earthquake. 2 And he said, The LORD will roar from Zion, and utter his voice from Jerusalem; and the dwellings of the shepherds will mourn, and the top of Carmel will wither.

3  The Lord says this; For three transgressions of Damascus, and for four, I will not turn away its punishment; because they have threshed Gilead with threshing instruments of iron: 4 But I will send a fire into the house of Hazael, that will devour the palaces of Ben-hadad. 5 I will also break the gate bar of Damascus, and cut off the inhabitant from the plain of Avon, and him that holds the scepter from the house of Eden: and the people of Syria will go into captivity unto Kirk, says the LORD.

God is weighed down by our sins

1 The Lord says this; For three transgressions of Moab, and for four, I will not turn away its punishment; because he burned the bones of the king of Edom into lime: 2 But I will send a fire on Moab, and it shall devour the palaces of Kerioth: and Moab shall die with tumult, with shouting, and with the sound of the trumpet: 3 And I will cut off the judge from the midst of it, and will kill all their princes with him, says the LORD.

4  The Lord says this; For three transgressions of Judah, and for four, I will not turn away their punishment; because they have despised the law of the LORD, and have not kept his commandments, and their lies caused them to err, after which their fathers have walked: 5 But I will send a fire on Judah, and it shall devour the palaces of Jerusalem.

6  The Lord says this; For three transgressions of Israel, and for four, I will not turn away their punishment; because they sold the righteous for silver, and the poor for a pair of shoes; 7 These who eagerly devour the dust of the earth on the head of the helpless and turn aside the way of the meek: and a man and his father will go in unto the same maid, to profane my holy name: 8 And they lay themselves down on clothes laid to pledge by every altar, and they drink the wine of those fined in the house of their god. 9 Yet I destroyed the Amorite before them, whose height was like the height of the cedars, and he was strong as the oaks; yet I destroyed his fruit from above, and his roots from beneath.

10 I brought you up from the land of Egypt, and led you forty years through the wilderness, to possess the land of the Amorite. 11 Then I raised up some of your sons to be prophets, and some of your young men to be Nazarites. Is this not so, O children of Israel? says the LORD. 12 But you gave the Nazarites wine to drink; and commanded the prophets, saying, Do not prophesy.

God destroys the palaces built by oppressing the poor

1 Hear this word that the LORD has spoken against you, O children of Israel, against the whole family which I brought up from the land of Egypt, saying, 2 Only you I have known of all the families of the earth: therefore I will punish you for all your iniquities. 3 Can two walk together unless they agree? 4 Will a lion roar in the forest, when he has no prey? Will a young lion cry out of his den, if he has taken nothing? 5 Can a bird fall in a snare on the earth, where no trap is for him? Does one take up a snare from the earth, and have taken nothing at all? 6 Will a trumpet be blown in the city, and the people not be afraid/assemble? Is evil in a city, and the LORD has not done it?

7  Surely the Lord GOD does nothing unless he reveals his secret to his servants the prophets. 8 The lion has roared, who will not fear? The Lord GOD has spoken, who can but prophesy?

10  For they do not know to do right, says the LORD, who store up violence and plunder in their palaces. 11 Therefore the Lord God says this; An enemy! And he will be all round the land; and he will bring down your strength from you, and your palaces will be spoiled. 12 The LORD says this; As the shepherd takes out of the mouth of the lion two legs, or a piece of an ear; so will the children of Israel be taken out that dwell in Samaria in the corner of a bed, and in Damascus in a couch. 13 You listen! And testify in the house of Jacob, says the Lord GOD, the God of armies, 14 That in the day that I visit the transgressions of Israel upon him I will also visit the altars of Bethel: and the horns of the altar will be cut off, and fall to the ground. 15 And I will strike the winter house with the summer house; and the houses of ivory will perish, and the great houses will have an end, says the LORD.

God swore judgment on women who oppressed the poor

1 Hear this word, you cows of Bashan, that are in the mountain of Samaria, who oppress the poor, who crush the needy, who say to their masters, Bring, and let us drink. 2 The Lord GOD has sworn by his holiness, that, behold, the days will come upon you, that he will take you away with meat hooks, and your children with fishhooks.  3 And you will go out at the breaks in the wall, every cow at the place that is before her; and you will throw down the high place, says the LORD.

4  Come to Bethel, and transgress; at Gilgal multiply transgression; and bring your sacrifices every morning, and your tithes after three years: 5 And offer a sacrifice of thanksgiving with leaven, and proclaim and publish the free offerings: for you love this, O children of Israel, says the Lord GOD.

6  I also have given you cleanness of teeth in all your cities, and lack of food in all your places: yet have you not returned to me, says the LORD. 7 And I have withheld the rain from you, when there were still three months to the harvest: and I caused it to rain on one city, and caused it not to rain on another city: one piece was rained on, and the piece where it did not rain withered. 8 So two or three cities wandered to one city to drink water; but they were not satisfied: but still, you did not return to me, says the LORD.

11  I have overthrown some of you, as God overthrew Sodom and Gomorrah, and you were as a firebrand plucked out of the burning: still you have not returned to me, says the LORD. 12 Therefore I will do this to you, O Israel: and because I will do this to you, prepare to meet your God, O Israel. 13 For, behold, he that formed the mountains, and creates the wind, and declares to man what is his thought, that makes the morning darkness, and treads on the high places of the earth, The LORD, The God of hosts/armies, is his name.