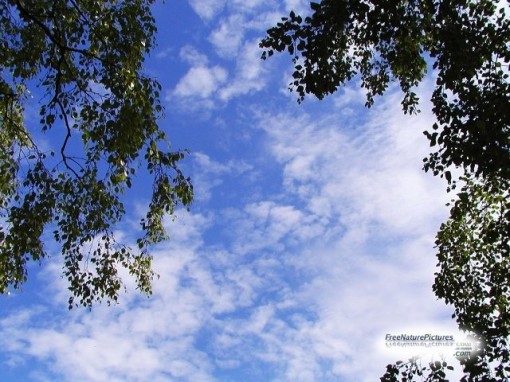 1 Now in the first year of Cyrus, king of Persia, so that the word of the LORD by the mouth of Jeremiah might be fulfilled, the LORD stirred up the spirit of Cyrus, king of Persia, and he made a proclamation throughout all his kingdom, and also put it in writing, saying, 2 Cyrus, king of Persia says this, The LORD God of heaven has given me all the kingdoms of the earth; and he has charged me to build him a house at Jerusalem, which is in Judah. 3 Who is there among you of all his people? His God be with him, and let him go up to Jerusalem, which is in Judah, and build the house of the LORD God of Israel, (He is the God,) which is in Jerusalem. 4 And any survivor in any place where he stays, let the men of his place help him with silver, with gold, with goods, and with animals besides the freewill offering for the house of God that is in Jerusalem.

5 Then the heads of the fathers of Judah and Benjamin rose up, and the priests, and the Levites, with all those whose spirit God had stirred, to go up to build the house of the LORD which is in Jerusalem. 6 And all those that were around them encouraged them with articles of silver, with gold, with goods, with livestock, and with precious things, beside all that was willingly offered. 7 Also, Cyrus the king brought out the articles of the house of the LORD that Nebuchadnezzar had brought out of Jerusalem, and had put them in the house of his gods; 8 Cyrus, king of Persia, brought out those things by the hand of Mithredath, the treasurer, and recorded them to Sheshbazzar, the prince of Judah. 9 And this is the number of them: 30 gold trays, 1,000 silver trays, 29 knives, 10 thirty gold bowls, 410 silver bowls of another kind, and 1,000 other articles. 11 All the articles of gold and of silver were 5,400. Sheshbazzar brought up all these with them from the captivity that were brought up from Babylon to Jerusalem.

God fulfills His word in His time for His reasons

67 Their camels, 435; their asses, 6,720. 68 And some of the chief of the fathers, when they came to the house of the LORD that is at Jerusalem, offered freely for the house of God to set it up in his place: 69 They gave after their ability to the treasure of the work 61,000 gold coins, 6,250 pounds of silver, and 100 robes for the priests. 70 So the priests, and the Levites, and some of the people, and the singers, and the gatekeepers, and the Nethinims, dwelt in their cities, and all Israel in their cities.

1 Now when the seventh month came, and the children of Israel were in the cities, the people gathered themselves together as one man to Jerusalem. 2 Then Jeshua the son of Jozadak stood up, and his brothers the priests, and Zerubbabel the son of Shealtiel, and his brothers, and built the altar of the God of Israel, to offer burnt offerings on it, as it is written in the law of Moses the man of God. 3 They set the altar on its bases; for fear was on them because of the people of those countries: and they offered burnt offerings on it to the LORD, burnt offerings morning and evening.

4 They also kept the feast of tabernacles, as it is written, and offered the daily burnt offerings by number, according to the custom, as the duty of every day required; 5 And afterward they offered the continual burnt offering, both for the new moons, and of all the set feasts of the LORD that were consecrated, and from every one that willingly offered a freewill offering to the LORD. 6 From the first day of the seventh month they began to offer burnt offerings to the LORD. But the foundation of the temple of the LORD was not yet laid.

7 They gave money to the masons and to the carpenters; and food, and drink, and oil, to those of Zidon, and to those of Tyre, to bring cedar trees from Lebanon to the sea of Joppa, according to the grant that they had from Cyrus king of Persia. 8 Now in the second year after coming to the house of God at Jerusalem, in the second month, Zerubbabel, the son of Shealtiel, began, with Jeshua, the son of Jozadak, the remnant of their brothers the priests and the Levites, and all those that came out of the captivity to Jerusalem; they appointed the Levites, from twenty years old and upward, to set forward the work of the house of the LORD.

9 Then Jeshua stood with his sons and his brothers, Kadmiel and his sons, the sons of Judah, as one, to oversee the workmen in the house of God: the sons of Henadad, with their sons and their brothers the Levites. 10 And when the builders laid the foundation of the temple of the LORD, they set the priests in their apparel with trumpets, and the Levites the sons of Asaph with cymbals, to praise the LORD, by the ordinance from David king of Israel.

11 And they sang together by course in praising and giving thanks to the LORD; because he is good, for his love endures forever toward Israel. And all the people shouted with a great shout when they praised the LORD, because the foundation of the house of the LORD was laid.

12 But many of the priests and Levites and chief of the fathers, who were ancient men, that had seen the first house, wept with a loud voice when the foundation of this house was laid before their eyes; and many shouted aloud for joy: 13 So that the people could not discern the noise of the shout of joy from the noise of the weeping of the people: for the people shouted with a loud shout, and the noise was heard afar off.

1 Now when the enemies of Judah and Benjamin heard that the children of the captivity built the temple to the LORD God of Israel; 2 Then they came to Zerubbabel, and to the chief of the fathers and said to them, Let us build with you: for we seek your God as you do; and we sacrifice to him since the days of Esar-haddon, king of Assur, who brought us up here. 3 But Zerubbabel, Jeshua, and the rest of the chief of the fathers of Israel said to them, You have nothing to do with us to build a house to our God; but we ourselves together will build to the LORD God of Israel, as king Cyrus, the king of Persia, commanded us.

4 Then the people of the land discouraged the hands of the people of Judah, and frightened them in building, 5 And hired counselors against them, to frustrate their purpose, all the days of Cyrus, king of Persia, even until the reign of Darius, king of Persia. 6 And in the reign of Ahasuerus, in the beginning of his reign, they wrote to him an accusation against the inhabitants of Judah and Jerusalem. 7 And in the days of Artaxerxes wrote Bishlam, Mithredath, Tabeel, and the rest of their companions, to Artaxerxes, king of Persia; the writing of the letter was written in the Syrian tongue, and interpreted in the Syrian tongue. 8 Rehum the chancellor, and Shimshai the scribe wrote a letter against Jerusalem to Artaxerxes the king as follows: 9 Then wrote Rehum the chancellor, and Shimshai the scribe, and the rest of their companions; the Dinaites, the Apharsathchites, the Tarpelites, the Apharsites, the Archevites, the Babylonians, the Susanchites, the Dehavites, and the Elamites, 10 And the rest of the nations whom the great and noble Asnapper brought over and set in the cities of Samaria, and the rest that are on this side the river. 11 This is the copy of the letter that they sent to him, to Artaxerxes the king; Your servants, the men on this side the river. 12 Let it be known to the king, that the Jews who came up from you to us to Jerusalem, are building the rebellious and the bad city, and have set up its walls, and joined the foundations. 13 Now be it known to the king, that if this city is built, and the walls set up again, then will they not pay toll, tribute, and custom, and so you will damage the revenue of the kings.

God is to be honored above all

14 Now because we have maintenance from the king’s palace, and it was not fitting for us to see the king’s dishonor, therefore have we sent and informed the king; 15 That search may be made in the book of the records of your fathers: you will find in the book of the records, and know that this city is a rebellious city, hurtful to kings and provinces, and that they have incited revolt in the past: for which cause this city was destroyed. 16 We notify the king that, if this city is built again, and its walls set up, by this means you will have no possession on this side the river. 17 Then the king sent an answer to Rehum the chancellor, and to Shimshai the scribe, and to the rest of their companions that dwell in Samaria, and to the rest beyond the river, Peace. 18 The letter that you sent to us has been plainly read before me. 19 And I commanded, and search has been made, and it is found that this city in the past has incited revolt against kings, and that rebellion and revolt have been made in it. 20 There have been mighty kings over Jerusalem, who ruled over all countries beyond the river; and toll, tribute, and custom, was paid to them.

21 Now give commandment to cause these men to stop, and that this city not be built until another commandment is given from me. 22 Take heed now that you do not fail in this: why should damage grow to hurt the kings? 23 Now when the copy of king Artaxerxes’ letter was read before Rehum, Shimshai the scribe, and their companions, they hurried up to Jerusalem to the Jews, and made them stop by force and power. 24 Then the work of the house of God that is at Jerusalem stopped. It stopped until the second year of the reign of Darius, king of Persia.