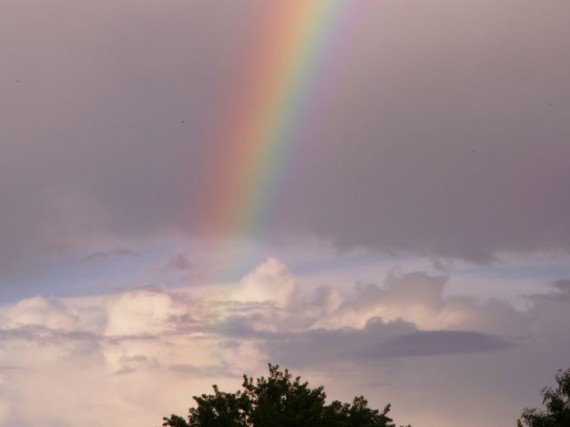 1 Simon Peter, a servant and an apostle of Jesus Christ, to those that have obtained the same precious faith with us through the righteousness of our God and our Savior, Jesus Christ: 2 Grace and peace be multiplied to you through the knowledge of God, and of Jesus our Lord, 3 as his divine power has given to us all things that pertain to life and godliness, through the knowledge of him that has called us to glory and virtue: 4 by which are given to us exceedingly great and precious promises: that by these you might be partakers of the divine nature, having escaped the corruption that is in the world through lust.

9 But he that lacks these things is blind, and cannot see far off, and has forgotten that he was purged from his old sins. 10 Therefore brothers, be all the more diligent to make your calling and election sure: for if you do these things, you will never fall: 11 For by this you will be richly furnished upon entering into the everlasting kingdom of our Lord and Savior, Jesus Christ. 12 Therefore I will not be negligent to always put you in remembrance of these things, though you know them, and are established in the present truth.

13 Yes, I think it fitting, as long as I am in this tabernacle, to stir you up by putting you in remembrance; 14 Knowing that shortly I must put off this my tabernacle, even as our Lord Jesus Christ has made clear to me. 15 And I will also be diligent that you may be able after my departure to have these things always in remembrance. 16 For we have not followed cunningly devised fables, when we made known to you the power and coming of our Lord Jesus Christ, but were eyewitnesses of his majesty. 17 For he received from God the Father honor and glory, when there came a voice to him from the excellent glory, This is my beloved Son, in whom I am well pleased. 18 And we heard this voice that came from heaven when we were with him in the holy mount.

The Daystar arises in our hearts

The Holy Spirit wrote the Bible

19 We have the more reliable prophetic word; unto which you do well to pay attention as to a light that shines in a dark place, until the day dawns, and the Daystar arises in your hearts: 20 Knowing this first, that no prophecy of the scripture is a matter of ones own interpretation. 21 For the prophecy never came by the will of man: but holy men of God spoke as they were moved by the Holy Ghost.

The Lord also bought the false prophets though they deny Him

1 But false prophets arose among the people, even as there will be false teachers among you, who will secretly bring in destructive heresies even denying the Lord that bought them, and bring on themselves swift destruction. 2 And many will follow their destructive ways; by whom the way of truth will be spoken evil of. 3 And in their greed will exploit you with false words: whose judgment of old does not linger, and their destruction does not slumber.

God cast the angels that sinned into hell

4 For if God did not spare the angels that sinned, but cast them down to hell, and delivered them into chains of darkness, thrust down to Tartarus to be reserved until judgment; 5 And did not spare the old world, but saved Noah the eighth person, a preacher of righteousness, bringing in the flood on the world of the ungodly; 6 And turned the cities of Sodom and Gomorrah into ashes condemning them with an overthrow, setting an example to those that intend to live in an ungodly way.

7 And delivered just Lot, oppressed by the lawless lustful conduct of the wicked: 8 (For that righteous man, dwelling among them, in seeing and hearing, his righteous soul was tormented from day to day with their lawless works;)

The Lord knows how to deliver the godly out of temptation

9 The Lord knows how to deliver the godly out of testings, and to reserve the unjust until the day of judgment to be punished: 10 Especially those that walk after the flesh in the lust of defilement and despise authority. They are presumptuous, self-willed, they are not afraid to speak evil of glories. 11 Whereas angels, greater in power and might, do not bring reviling judgment against them before the Lord. 12 But these, as natural brute beasts, made to be taken and destroyed, speak evil of things that they do not understand; and will utterly perish in their own corruption.

13 And will receive the reward of unrighteousness. Those that consider it pleasure to riot in the daytime. They are spots and blemishes, reveling in their own deceits while they feast with you; 14 having eyes full of an adulteress, and that cannot stop sinning; alluring unsettled souls: they have a heart busy with covetousness; cursed children: 15 who have forsaken the right way, and have gone astray, following the way of Balaam the son of Bosor, who loved the wages of unrighteousness; 16 But was rebuked for his iniquity: the dumb ass speaking with man’s voice forbid the madness of the prophet.

17 These are wells without water, clouds that are carried with a tempest; to whom the mist of darkness is reserved forever. 18 For when they speak great swelling words of vanity, they allure through the lusts of the flesh, through much wantonness, those that were escaping from them who live in error. 19 While they promise them freedom, they themselves are the slaves of corruption: for by what a man is overcome, that enslaves him.

20 For if, after they have escaped the defilements of the world through the full knowledge of the Lord and Savior Jesus Christ, they are again entangled in it, and overcome, the latter end is worse with them than the beginning. 21 It would have been better for them not to have known the way of righteousness, than, after they have known it, to turn from the holy commandment delivered to them. 22 But it happens to them according to the true proverb, The dog has returned to his own vomit again; and the washed sow to her wallowing in the mire.

God formed the heavens and the earth by His word

1 Beloved, I now write to you this second letter; to stir up your pure minds by way of remembrance: 2 that you may be mindful of the words that were spoken before by the holy prophets, and of the commandment, the apostles of the Lord and Savior: 3 Knowing this first, that in the last days scoffers will come, walking after their own lusts, 4 and saying, Where is the promise of his coming? For since the fathers fell asleep, all things continue as they were from the beginning of the creation. 5 For this they willingly are ignorant of, that by the word of God the heavens were of old, and the earth standing/consisting out of the water and in the water:  6 By which the world that then was, being overflowed with water, perished: 7 But the heavens and the earth, which are now, by the same word are kept, reserved unto fire against the day of judgment and perdition of ungodly men.

God is longsuffering toward us, not willing that any perish

8 But, beloved, do not be ignorant of this one thing, that one day is with the Lord as a thousand years, and a thousand years as one day. 9 The Lord is not slack concerning his promise, as some men count slackness; but is longsuffering toward us, not willing that any perish, but that all come to repentance.

10 But the day of the Lord will come as a thief in the night; in the which the heavens will pass away with a great noise, and the elements burning will be dissolved, the earth also and the works that are in it will be burned up. 11 Since all these things will be dissolved, what sort of persons ought you to be in all holy behavior and godliness, 12 looking for and rushing to the coming of the day of God, in which the heavens being on fire will be dissolved, and the elements will melt with intense heat? 13 Nevertheless we, according to his promise, look for new heavens and a new earth, where righteousness dwells. 14 Therefore, beloved, looking for these things, be diligent to be found by him in peace, without spot, and blameless. 15 And regard the longsuffering of our Lord as salvation; even as our beloved brother Paul also according to the wisdom given to him has written to you; 16 in all his epistles speaking in them of these things; in which some things are hard to understand, which they that are unlearned and unstable pervert, as they do the other scriptures, to their own destruction.

17 You therefore beloved, since you know these things in advance, beware lest you also, being led away with the error of the wicked, fall from your own steadfastness. 18 But grow in grace, and in the knowledge of our Lord and Savior Jesus Christ. To him be glory both now and forever. Amen.