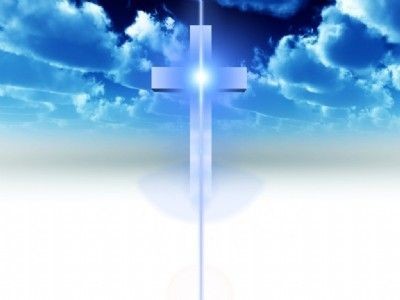 1 But when Sanballat heard that we built the wall, he became very furious and mocked the Jews. 2 He spoke before his brothers and the army of Samaria, and said, What are these feeble Jews doing? Will they fortify themselves? Will they sacrifice? Will they make an end in a day? Will they revive the stones out of the burned heaps of the rubbish? 3 Now Tobiah the Ammonite was by him and he said, What they build, if a fox goes up, he will break down their stone wall.

4 Hear, O our God; for we are despised: turn their reproach on their own head, and give them for a prey in the land of captivity: 5 Do not cover their iniquity, and do not let their sin be blotted out from before you: for they have provoked you to anger before the builders.

6 So we built the wall; and the whole wall was joined together to half its height: for the people had a mind to work. 7 But when Sanballat, Tobiah, the Arabians, the Ammonites, and the Ashdodites, heard that the walls of Jerusalem were being built up, and that the breaches began to be stopped then they were furious, 8 and all of them conspired together to come and fight against Jerusalem, to hinder it. 9 Nevertheless we made our prayer to our God, and because of them we set a watch against them day and night.

10 And Judah said, The strength of the porters is wavering, and there is so much rubbish that we are not able to build the wall. 11 And our adversaries say, They will not know, or see, until we come in the midst among them, and kill them, and stop the work. 12 And when the Jews which lived by them came, they said to us ten times, From all places where you return to us they will be on you. 13 Therefore I set in the lower places behind the wall, and on the higher places, I set the people by their families with their swords, their spears, and their bows. 14 I looked, and rose up and said to the nobles, to the rulers, and to the rest of the people, Do not be afraid of them: remember the Lord, who is great and awesome, and fight for your brothers, your sons, and your daughters, your wives, and your houses.

God brings the plots of evil to nothing

15 And when our enemies heard that we knew about their plot, and God had brought their counsel to nothing, we all returned to the wall, every one to his work.

16 And from that time on, half of my servants labored in the work, and the other half of them held the spears, the shields, the bows, and the breastplates; and the rulers were behind all the house of Judah. 17 Those that built on the wall, and those that carried burdens took their load, every one worked with one of his hands in the work, and held a weapon with the other hand. 18 Every one of the builders, had his sword strapped by his side as he built. And the one who sounded the trumpet was beside me. 19 And I said to the nobles, and to the rulers, and to the rest of the people, The work is great and large, and we are separated far from one another on the wall. 20 Wherever you hear the sound of the trumpet, rally there to us: our God will fight for us.

21 So we labored in the work: and half of them held the spears from the rising of the morning until the stars appeared. 22 Likewise at the same time I said to the people, Let every one lodge inside Jerusalem with his servant, so that in the night they may be a guard to us, and work in the day. 23 So neither I, or my brothers, or my servants, or the men of the guard that followed me, none of us took off our clothes, except every one took them off for washing.

1 And there was a great outcry by the people and by their wives against their brothers, the Jews. 2 For they said, We, our sons, and our daughters, are many: let us get grain for them, so that we may eat, and live. 3 Some also said, We have mortgaged our lands, vineyards, and houses, to buy grain because of the famine. 4 Also there were those that said, We have borrowed money for the king’s tribute on our lands and vineyards. 5 Yet now our flesh is as the flesh of our brothers, our children as their children: and look, we are forcing our sons and daughters to be slaves, and some of our daughters are already forced into bondage: and it is not in our power to redeem them; for other men have our lands and vineyards. 6 And I was very angry when I heard their cry and these words. 7 My heart consulted within me and I rebuked the nobles, and the rulers, and said to them, You charge interest, every one of his brother. And I set a great assembly against them.

8 And I said to them, We, as much as we are able, have redeemed our brothers, the Jews that were sold to the heathen; and you sell your brothers? Will they be sold to us? Then they held their peace, and found nothing to answer. 9 I also said, What you are doing is not good: should you not walk in the fear/reverence of our God because of the reproach of the heathen, our enemies? 10 I, my brothers, and my servants, could also exact of them money and grain: Please, let us stop this usury.

11 Give back to them immediately their fields, vineyards, olive groves and houses, and also the usury you are charging them--the hundredth part of the money, grain, new wine and oil. 12 We will give it back, they said.  And we will not demand anything more from them. We will do as you say. Then I summoned the priests and made the nobles and officials take an oath to do what they had promised.13I also shook out the folds of my robe and said, In this way may God shake out of his house and possessions every man who does not keep this promise. So may such a man be shaken out and emptied!. At this the whole assembly said, Amen, and praised the LORD. And the people did as they had promised. 14 Moreover, from the twentieth year of King Artaxerxes, when I was appointed to be their governor in the land of Judah, until his thirty-second year--twelve years--neither I nor my brothers ate the food allotted to the governor.15But the earlier governors--those preceding me--placed a heavy burden on the people and took forty shekels of silver from them in addition to food and wine. but I did not do this, because of the fear of God.

16 Yes, I also continued in the work of this wall, we did not buy any land: and all my servants were gathered there to work. 17 Moreover, 150 of the Jews and rulers were at my table, beside those that came to us from among the heathen that were around us. 18 Now that which was prepared for me daily was one ox and six fat sheep; also fowls were prepared for me, and once in ten days all sorts of wine was furnished in abundance: yet for all this I did not demand the food of the governor because the bondage was heavy on this people. 19 Think on me, my God, for good, according to all that I have done for this people.

1 Now when Sanballat, Tobiah, Geshem the Arabian, and the rest of our enemies, heard that I had built the wall, and that there was no break left in it; (though at that time I had not set up the doors on the gates;) 2 Sanballat and Geshem sent to me saying, Come, let’s meet together in one of the villages in the plain of Ono. They were planning to harm me.

3 But I sent messengers to them saying, I am doing a great work; I cannot come down; why should the work stop while I leave it, and come down to you? 4 Four times they sent to me this way; and I answered them in the same manner. 5 Then Sanballat sent his servant to me in the same way the fifth time with an open letter in his hand; 6 In it was written, It is reported among the nations, and Gashmu said, that you and the Jews are planning to rebel: for this reason you built the wall, to be their king, according to these words. 7 And you have appointed prophets to preach about you at Jerusalem saying, There is a king in Judah: now these words will be reported to the king. Come, let’s meet. 8 Then I sent to him saying, Nothing is done as you say, you made this up out of your own heart. 9 For they all made us afraid saying, Their hands will be weakened from the work, so that it not be done. O God, strengthen my hands.

10 Afterward I came to the house of Shemaiah, the son of Delaiah, the son of Mehetabeel, who was confined at home; he said, Let’s meet together in the house of God, inside the temple, and let’s shut the doors of the temple: for they will come to kill you; yes, in the night they will come to kill you. 11 And I said, Should a man like me flee? And who is there, as I am, that would go into the temple to save his life? I will not go in.

12 And I perceived that God had not sent him; but that he pronounced this prophecy against me: for Tobiah and Sanballat had hired him. 13 He was hired to frighten me, and make me act that way, and sin, that they might have something evil to report, that they might reproach me. 14 My God, think on Tobiah and Sanballat according to these works, on the prophetess Noadiah, and on the rest of the prophets that are trying to make me afraid. 15 So the wall was finished in 52 days on the 25th day of the month Elul.

God does our works for us, through us

16 And when all our enemies heard of it, and all the nations that were around us saw these things, they were much cast down in their own eyes: for they perceived that this work was done by our God. 17 Moreover, in those days, the nobles of Judah sent many letters to Tobiah, and the letters of Tobiah came to them. 18 For many in Judah had sworn allegiance to him, because he was the son in law of Shechaniah, the son of Arah; and his son Johanan had taken the daughter of Meshullam, the son of Berechiah. 19 Also they reported his good deeds to me, and uttered my words to him. Tobiah sent letters to put me in fear.