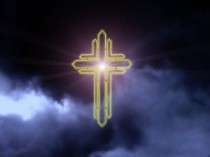 God told king Hezekiah to get ready to die

1  In those days was Hezekiah sick unto death. And the prophet Isaiah, the son of Amoz, came and said to him, The LORD says, Set your house in order; for you will die, and not live. 2 Then he turned his face to the wall and prayed to the LORD saying, 3 I beg you, O LORD, remember how I walked before you in truth and with a perfect heart, and have done what is good in your sight. And Hezekiah wept with a great weeping.

4 And it happened, before Isaiah had gone out into the middle court, that the word of the LORD came to him saying, 5 Return and tell Hezekiah, the captain of my people, The LORD, the God of your father David says this, I have heard your prayer, I have seen your tears: behold, I will heal you: on the third day you will go up to the house of the LORD. 6 I will add fifteen years to your days; and I will deliver you and this city out of the hand of the king of Assyria; I will defend this city for my own sake, and for my servant David’s sake. 7 And Isaiah said, Take a lump of figs. And they took and laid it on the boil, and he recovered.

12 At that time Berodach-baladan, the son of Baladan, king of Babylon, sent letters and a gift to Hezekiah: for he had heard that Hezekiah had been sick. 13 And Hezekiah listened to them, and showed them all the house of his precious things, the silver, the gold, the spices, the precious ointment, all the house of his armor/weapons, and all that was found in his treasuries: there was nothing in his house, nor in all his dominion that Hezekiah did not show them.

14  Then Isaiah the prophet came to king Hezekiah and said to him, What did these men say? Where did they come to you from? And Hezekiah said, They came from a far country, from Babylon. 15 And he said, What have they seen in your house? And Hezekiah answered, They have seen all the things that are in my house: there is nothing among my treasures that I have not showed them. 16 And Isaiah said to Hezekiah, Hear the word of the LORD. 17 Behold, the days come, that all that is in your house, and that your fathers have laid up in store until this day, will be carried to Babylon: nothing will be left, says the LORD. 18 And of your sons that will come from you, which you will beget, they will take them away; and they will be eunuchs in the palace of the king of Babylon. 19 Then Hezekiah said to Isaiah, Good is the word of the LORD that you have spoken. And he said, Is it not good, if there are peace and truth in my days?

20 And the rest of the acts of Hezekiah, all his strength, and how he made a pool, and a conduit, and brought water into the city, are they not written in the book of the chronicles of the kings of Judah? 21 And Hezekiah slept with his fathers: and his son Manasseh reigned in his place.

1  Manasseh was twelve years old when he began to reign, and reigned 25 years in Jerusalem. And his mother’s name was Hephzi-bah. 2 He did what was evil in the sight of the LORD like the abominations of the heathen whom the LORD cast out before the children of Israel. 3 He rebuilt the high places that his father Hezekiah had destroyed; he raised up altars for Baal, made a grove like Ahab, king of Israel did; and worshipped all the host of heaven, and served them. 4 He built altars in the house of the LORD, of which the LORD said, In Jerusalem I will put my name. 5 And he built altars for all the host of heaven in the two courts of the house of the LORD.

He is provoked to anger by wickedness

6 And he made his son pass through the fire, observed times, used enchantments, and dealt with familiar spirits and wizards: he worked much wickedness in the sight of the LORD, to provoke him to anger.

7 And he set a carved image of the grove that he had made in the house, of which the LORD said to David, and to Solomon his son, In this house, and in Jerusalem, which I have chosen out of all tribes of Israel, I will put my name forever: 8 Neither will I make the feet of Israel move any more out of the land that I gave their fathers; only if they will observe to do all that I have commanded them, according to all the law that my servant Moses commanded them. 9 But they did not listen: Manasseh seduced them to do more evil than the nations whom the LORD destroyed before the children of Israel. 10 And the LORD spoke by his servants the prophets saying, 11 Because Manasseh king of Judah has done these abominations, and has done wickedly above all that the Amorites did who were before him, and has made Judah sin with his idols: 12 Therefore the LORD God of Israel says this, Behold, I am bringing such evil on Jerusalem and Judah that whoever hears of it, both his ears will tingle. 13 And I will stretch over Jerusalem the line of Samaria, and the plummet of the house of Ahab: and I will wipe Jerusalem as a man wipes a dish, wiping it, and turning it upside down.

14 And I will forsake the remnant of my inheritance, and deliver them into the hand of their enemies; they will become a prey and a plunder to all their enemies; 15 Because they have done evil in my sight, and provoked me to anger, since the day their fathers came out of Egypt, even until this day. 16 Moreover Manasseh shed very much innocent blood, until he had filled Jerusalem from one end to another; beside his sin with which he made Judah to sin, in doing what was evil in the sight of the LORD. 17 Now the rest of the acts of Manasseh, all that he did, and his sin that he sinned, are they not written in the book of the chronicles of the kings of Judah? 18 And Manasseh slept with his fathers, and was buried in the garden of his own house, in the garden of Uzza: and Amon his son reigned in his place. 19 Amon was 22 years old when he began to reign, and he reigned two years in Jerusalem. His mother’s name was Meshullemeth, the daughter of Haruz of Jotbah. 20 And he did evil in the sight of the LORD, as his father Manasseh did. 21 He walked in all the way that his father walked, and served the idols that his father served, and worshipped them: 22 He forsook the LORD God of his fathers, and did not walk in the way of the LORD. 23 And the servants of Amon plotted against him and killed the king in his own house.

1  Josiah was eight years old when he began to reign, and he reigned 31 years in Jerusalem. His mother’s name was Jedidah, the daughter of Adaiah of Boscath. 2 And he did what was right in the sight of the LORD, and walked in all the way of David his father, and did not turn aside to the right hand or to the left. 3 And in the eighteenth year of king Josiah, the king sent Shaphan the son of Azaliah, the son of Meshullam, the scribe, to the house of the LORD saying, 4 Go up to Hilkiah the high priest so that he may count the silver that is brought into the house of the LORD that the keepers of the door have gathered from the people: 5 And let them deliver it into the hand of the men that have the oversight of the house of the LORD: and let them give it to the workmen that are in the house of the LORD to repair the damage of the house, 6 to carpenters, builders, and masons, and to buy timber and cut stone to repair the house. 7 No accounting was made with them of the money that was delivered into their hand because they dealt faithfully.

12 Then the king commanded Hilkiah the priest, Ahikam the son of Shaphan, Achbor the son of Michaiah, Shaphan the scribe, and Asahiah a servant of the king’s saying, 13 Go, ask of the LORD for me, for the people, and for all Judah, about the words of this book that is found: for great is the wrath of the LORD that burns against us, because our fathers have not listened to the words of this book, to do according to all that is written concerning us.

14 So Hilkiah the priest, Ahikam, Achbor, Shaphan, and Asahiah, went to Huldah the prophetess, the wife of Shallum the son of Tikvah, the son of Harhas, keeper of the wardrobe; (she dwelt in Jerusalem in the college;) and they communed with her. 15 And she said to them, The LORD God of Israel says this, Tell the man that sent you to me, 16 the LORD says this, Behold, I will bring evil on this place, and on its inhabitants, all the words of the book that the king of Judah has read: 17 Because they have forsaken me, and have burned incense to other gods, to provoke me to anger with all the works of their hands; therefore my wrath will be kindled against this place, and not be quenched.

God honors and blesses those who humble themselves before Him

18  But to the king of Judah who sent you to inquire of the LORD, you will say this to him, The LORD God of Israel says this, Regarding the words that you have heard; 19 Because your heart was tender, and you have humbled yourself before the LORD when you heard what I spoke against this place and against its inhabitants that they would become a desolation and a curse, and have torn your clothes, and wept before me; I have heard you, says the LORD. 20 Behold, I will gather you to your fathers; you will be gathered into your grave in peace; your eyes will not see all the evil that I will bring on this place. And they brought the king word again.