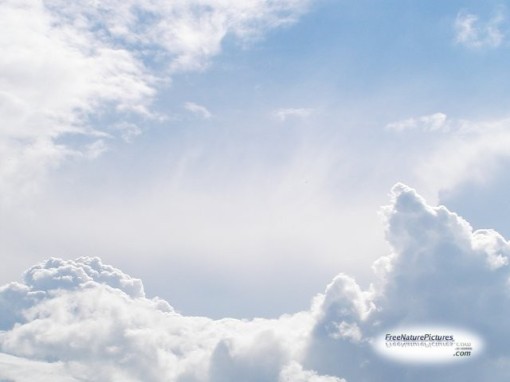 1 So they brought the ark of God, and set it in the midst of the tent that David had pitched for it: and they offered burnt sacrifices and peace offerings before God. 2 When David had finished offering the burnt offerings and the peace offerings, he blessed the people in the name of the LORD. 3 And he gave to every one of Israel, both man and woman, to every one a loaf of bread, a good piece of flesh, and a flagon of wine. 4 And he appointed certain Levites to minister before the ark of the LORD, to record, and to thank and praise the LORD God of Israel: 5 Asaph the chief, and next to him Zechariah, Jeiel, Shemiramoth, Jehiel, Mattithiah, Eliab, Benaiah, Obed-edom: and Jeiel with psalteries and with harps; but Asaph made a sound with cymbals; 6 Benaiah also and Jahaziel the priests with trumpets continually before the ark of the covenant of God.

7 Then, on that day, David delivered first this psalm into the hand of Asaph and his brothers to thank the LORD. 8 Give thanks to the LORD, call on his name, make known his deeds among the people. 9 Sing to him, sing psalms to him, talk of all his wondrous works. 10 Glory in his holy name: let the heart of them rejoice that seek the LORD.

11 Seek the LORD and his strength, seek his face continually. 12 Remember his marvelous works that he has done, his wonders, and the judgments of his mouth; 13 O seed of Israel his servant, you children of Jacob, his chosen ones.

God’s judgments are in all the earth

14 He is the LORD our God; his judgments are in all the earth. 15 Always be mindful of his covenant; the word that he commanded to a thousand generations 16 Even of the covenant that he made with Abraham, and of his oath to Isaac; 17 And has confirmed the same to Jacob for a law, and to Israel for an everlasting covenant, 18 saying, To you I will give the land of Canaan, the lot of your inheritance; 19 When you were but few, just a few, and foreigners in it. 20 And when they went from nation to nation, and from one kingdom to another people; 21 He allowed no man to do them wrong: yes, he reproved kings for their sakes, 22 Saying, Do not touch my anointed, and do my prophets no harm.

23 Sing to the LORD, all the earth; show forth his salvation from day to day. 24 Declare his glory among the heathen; his marvelous works among all nations. 25 For great is the LORD, and greatly to be praised: he also is to be feared above all gods. 26 For all the gods of the people are idols: but the LORD made the heavens.

27 Glory and honor are in his presence; strength and gladness are in his place. 28 Give to the LORD, you families of the people, give to the LORD glory and strength. 29 Give to the LORD the glory due his name: bring an offering, and come before him: worship the LORD in the beauty of holiness. 30 Fear before him, all the earth: the world also will be stable, that it be not moved.

He reigns over all existence

31 Let the heavens be glad, and let the earth rejoice: and let men say among the nations, The LORD reigns. 32 Let the sea roar, and the fullness of it: let the fields rejoice, and all that is in them. 33 Then the trees of the wood will sing out at the presence of the LORD, because he comes to judge the earth. 34 O give thanks to the LORD; for he is good; for his love endures forever. 35 And say, Save us, O God of our salvation, gather us together, and deliver us from the heathen, that we may give thanks to Your holy name, and glory in Your praise.

36 Blessed be the LORD God of Israel forever and ever. And all the people said, Amen, and praised the LORD.

37 So he left Asaph and his brothers there before the ark of the covenant of the LORD to minister before the ark continually, as every day’s work required:

38 And Obed-edom with their 68 brothers; Obed-edom also the son of Jeduthun and Hosah to be gatekeepers:

39 And Zadok the priest, and his brothers the priests, before the tabernacle of the LORD in the high place that was at Gibeon, 40 To offer burnt offerings to the LORD on the altar of the burnt offering continually morning and evening, and to do according to all that is written in the law of the LORD, which he commanded Israel; 41 And with them Heman and Jeduthun, and the rest that were chosen, who were expressed by name, to give thanks to the LORD, because his mercy endures forever; 42 And with them Heman and Jeduthun with trumpets and cymbals for those to make a sound, and with musical instruments of God. The sons of Jeduthun were gatekeepers. 43 And all the people departed, every man to his house: and David returned to bless his house.

1 Now as David sat in his house he said to Nathan the prophet, Look, I live in a house of cedars, but the ark of the covenant of the LORD remains under curtains. 2 Then Nathan said to David, Do all that is in your heart; for God is with you.

3 That same night, that the word of God came to Nathan saying, 4 Go and tell my servant David, This is what the Lord says, You will not build me a house to dwell in: 5 For I have not lived in a house since the day I brought up Israel until this day but have gone from tent to tent, and from one tabernacle to another. 6 Wherever I walked with all Israel, did I speak a word to any of the judges of Israel whom I commanded to feed my people saying, Why have you not built me a house of cedars?

7 Now therefore say this to my servant David, The LORD of hosts says this, I took you from the sheepcote, from following the sheep, to be ruler over my people Israel: 8 I have been with you wherever you walked, and have cut off all your enemies from before you, and have made you a name like the name of the great men that are in the earth. 9 Also I will ordain a place for my people Israel, I will plant them, they will dwell in their place, and will not be moved again; neither will the children of wickedness waste them any more, as at the beginning,

10 And since the time that I commanded judges to be over my people Israel. Moreover I will subdue all your enemies. Furthermore, I tell you that the LORD will build you a house. 11 And when your days have expired that you must go to be with your fathers, I will raise up your seed after you, which will be of your sons; and I will establish his kingdom. 12 He will build me a house, and I will establish his throne forever.

13 I will be his father, and he will be my son: and I will not take my mercy away from him as I took it from him that was before you: 14 But I will settle him in my house and in my kingdom forever: and his throne will be established forevermore.

15 Nathan spoke to David all these words, and all this vision. 16 And king David came and sat before the LORD and said, Who am I, O LORD God, and what is my house, that you have brought me to this? 17 And this was a small thing in your eyes, O God; for you have also spoken of your servant’s house for a great while to come, and have regarded me as a man of high degree, O LORD God. 18 What more can David ssay to you for the honor of your servant? For you know your servant. 19 O LORD, for your servant’s sake, and according to your own heart, you have you done all this greatness, in making known all these great things.

There is none like God; There is no god except Him

20 O LORD, there is none like you, neither is there any God beside you, according to all that we have heard with our ears. 21 And what one nation in the earth is like your people Israel, whom God went to redeem to be his own people, to make yourself a great and awesome name by driving out nations from before your people, whom you have redeemed out of Egypt?

22 For you made Israel your own people forever; and you LORD, became their God. 23 Therefore now, LORD, let the thing that you have spoken concerning your servant and concerning his house be established forever, and do as you have said. 24 Let it be established, that your name may be magnified forever saying, The LORD of hosts is the God of Israel, even a God to Israel: and let the house of David your servant be established before you. 25 For you, O my God, have told your servant that you will build him a house: therefore your servant has found in his heart to pray before you. 26 And now, LORD, you are God, and have promised this goodness to your servant: 27 Now therefore let it please you to bless the house of your servant, that it may be before you forever: for you bless, O LORD, and it will be blessed forever.

1 Now after this David struck the Philistines, subdued them, and took Gath and her towns out of the hand of the Philistines. 2 He struck Moab; and the Moabites became David’s servants, and brought gifts. 3 And David struck Hadarezer, king of Zobah, unto Hamath, as he went to establish his dominion by the river Euphrates. 4 And David took from him 1,000 chariots, and 7,000 horsemen, and 20,000 footmen: David also hamstrung all the chariot horses, but reserved of them 100 chariots. 5 And when the Syrians of Damascus came to help Hadarezer king of Zobah, David killed of the Syrians 22, 000 men.

God preserved David wherever he went

6 Then David put garrisons in Syria-damascus; and the Syrians became David’s servants, and brought gifts. The LORD preserved David wherever he went. 7 And David took the shields of gold that were on the servants of Hadarezer, and brought them to Jerusalem. 8 Likewise from Tibhath, and from Chun, cities of Hadarezer, David brought very much bronze, with which Solomon made the bronze sea, the pillars, and the vessels of bronze. 9 Now when Tou king of Hamath heard how David had struck all the army of Hadarezer, king of Zobah;

10 He sent his son Hadoram to king David, to inquire of his welfare, and to congratulate him, because he had fought against Hadarezer, and defeated him; (for Hadarezer had war with Tou;) and with him all kinds of articles of gold and silver and brass.

11 King David also dedicated these to the LORD, with the silver and the gold that he brought from all these nations; from Edom, from Moab, from the children of Ammon, from the Philistines, and from Amalek. 12 Moreover, Abishai, the son of Zeruiah, killed 18,000 of the Edomites in the valley of salt. 13 And he put garrisons in Edom; and all the Edomites became David’s servants. The LORD preserved David wherever he went.