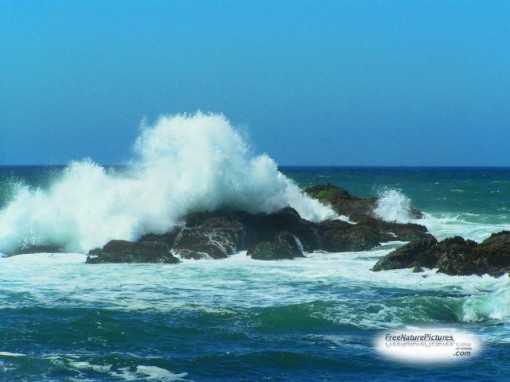 3 The sons of Reuben the firstborn of Israel were Hannoch, Pallu, Hezron, and Carmi. 4 The sons of Joel; Shemaiah his son, Gog his son, Shimei his son, 5 Micah his son, Reaia his son, Baal his son, 6 Beerah his son, whom Tilgath-pilneser, king of Assyria, carried away captive: he was prince of the Reubenites. 7 And his brothers by their families, when the genealogy of their generations was recorded, were the chief, Jeiel, Zechariah, 8 And Bela the son of Azaz, the son of Shema, the son of Joel, who dwelt in Aroer, even unto Nebo and Baal-meon: 9 And eastward he inhabited unto the entering in of the wilderness from the river Euphrates: because their cattle were multiplied in the land of Gilead.

10 And in the days of Saul they made war with the Hagarites, who fell by their hand: and they dwelt in their tents throughout all face of the land east of Gilead. 11 And the children of Gad dwelt opposite them, in the land of Bashan unto Salchah: 12 Joel the chief, and Shapham the next, and Jaanai, and Shaphat in Bashan. 13 And their seven brothers of the house of their fathers were, Michael, Meshullam, Sheba, Jorai, Jachan, Zia, and Heber. 14 These are the children of Abihail the son of Huri, the son of Jaroah, the son of Gilead, the son of Michael, the son of Jeshishai, the son of Jahdo, the son of Buz; 15 Ahi the son of Abdiel, the son of Guni, chief of the house of their fathers. 16 And they dwelt in Gilead in Bashan, in her towns, and in all the suburbs of Sharon, on their borders. 17 All these were recorded by genealogies in the days of Jotham, king of Judah, and in the days of Jeroboam, king of Israel. 18 The sons of Reuben, and the Gadites, and half the tribe of Manasseh, of valiant men, men able to bear buckler and sword, and to shoot with bow, and skilful in war, were 44,760, that went out to the war. 19 And they made war with the Hagarites, with Jetur, and Nephish, and Nodab.

God listens, helps in battle and responds to trust in Him

20 They were helped against them, and the Hagarites were delivered into their hand, and all that were with them: for they cried to God in the battle, and he answered their prayers because they put their trust in him. 21 And they took away their livestock: 50,000 camels, 250,000 sheep, 2,000 asses, and 100,000 men. 22 Many fell down slain, because the war was from God. And they dwelt in their place until the captivity.

The LORD stirs up enemies and destroys evil for our good

23 And the children of the half tribe of Manasseh dwelt in the land: they increased from Bashan to Baal-hermon and Senir, and to mount Hermon. 24 These were the heads of the house of their fathers, Epher, Ishi, Eliel, Azriel, Jeremiah, Hodaviah, and Jahdiel, mighty men of valor, famous men, and heads of the house of their fathers. 25 But they transgressed against the God of their fathers, and went whoring after the gods of the people of the land whom God destroyed before them. 26 So the God of Israel stirred up the spirit of Pul king of Assyria, and the spirit of Tilgath-pilneser king of Assyria, and he carried them away, even the Reubenites, the Gadites, and the half tribe of Manasseh, and brought them to Halah, Habor, Hara, and to the river Gozan, until this day.

15 And Jehozadak went into captivity when the LORD carried away Judah and Jerusalem by the hand of Nebuchadnezzar.

49 But Aaron and his sons offered on the altar of the burnt offering, and on the altar of incense, and were appointed for all the work of the most holy place, and to make atonement for Israel, according to all that Moses the servant of God had commanded.

God appointed cities of refuge for persons who accidentally killed someone

God was the inheritance of the priests

1 Now the four sons of Issachar were Tola, Puah, Jashub, and Shimron. 2 And the sons of Tola; Uzzi, Rephaiah, Jeriel, Jahmai, Jibsam, and Shemuel, heads of their father’s house, that is, of Tola: they were mighty, valiant warriors in their generations; their number was 22,600 in the days of David.

3 The son of Uzzi; Izrahiah: and the sons of Izrahiah; Michael, Obadiah, Joel, and Ishiah, these five all became leaders. 4 And with them, by their generations, according to their fathers houses were 36,000 troops ready for war: for they had many wives and sons. 5 Their brothers among all the families of Issachar were 87,000 in all valiant men of strength, recorded by their genealogies. 6 The three sons of Benjamin; Bela, Becher, and Jediael. 7 And the five sons of Bela; Ezbon, Uzzi, Uzziel, Jerimoth, and Iri; heads of their father’s house, 22,034 mighty men of valor were recorded by their genealogies.

8 And the sons of Becher; Zemira, Joash, Eliezer, Elioenai, Omri, Jerimoth, Abiah, Anathoth, and Alameth. All these are the sons of Becher. 9 And the number of them, from their genealogy by their generations, heads of the house of the fathers, 22,200 mighty men of valor. 10 Also the son of Jediael: Bilhan: and the sons of Bilhan: Jeush, Benjamin, Ehud, Chenaanah, Zethan, Tharshish, and Ahishahar.

God is at war against evil

11 All these the sons of Jediael, by the heads of their fathers, 17,200 soldiers, mighty men of valor, fit to go out for war and battle. 12 Also Shuppim and Huppim, the children of Ir, and Hushim, the sons of Aher. 13 The sons of Naphtali; Jahziel, Guni, Jezer, and Shallum, the sons of Bilhah. 14 The sons of Manasseh: Ashriel, whom she bore: (but his concubine the Aramitess bore Machir the father of Gilead: 15 And Machir took as his wife the sister of Huppim and Shuppim, whose name was Maachah;) and the name of the second was Zelophehad: and Zelophehad had only daughters. 16 And Maachah the wife of Machir bore a son, and she called his name Peresh; and the name of his brother was Sheresh; and his sons were Ulam and Rakem. 17 And the son of Ulam; Bedan. These were the sons of Gilead, the son of Machir, the son of Manasseh. 18 And his sister Hammoleketh bare Ishod, Abiezer, and Mahalah. 19 The sons of Shemida were Ahian, Shechem, Likhi, and Aniam. 20 And the sons of Ephraim; Shuthelah, Bered his son, Tahath his son, Eladah his son, Tahath his son, 21 Zabad his son, Shuthelah his son, Ezer, and Elead, whom the men of Gath that were born in that land killed because they came down to take away their cattle. 22 Ephraim their father mourned many days, and his brothers came to comfort him. 23 And when he went in to his wife, she conceived and bore a son, and he called his name Beriah, because it went evil with his house.

36 The sons of Zophah; Suah, Harnepher, Shual, Beri, Imrah, 37 Bezer, Hod, Shamma, Shilshah, Ithran, and Beera. 38 And the sons of Jether: Jephunneh, Pispah, and Ara. 39 And the sons of Ulla: Arah, Haniel, and Rezia. 40 All these were the children of Asher, heads of their father’s house, choice and mighty warriors, heads of the rulers. And the number throughout the genealogy of them that were able to the war and to battle was 26,000 men.