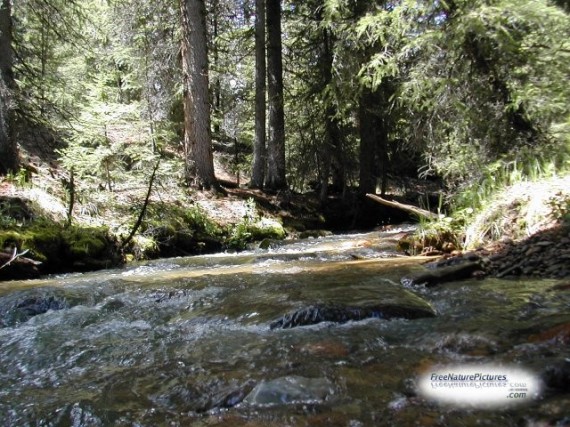 1 Now these came to David at Ziklag from Saul’s brothers of Benjamin, while he was banned because of Saul, the son of Kish: they were among the mighty men who helped him in the war. 2 They were armed with bows, and could use both the right hand and the left in hurling stones and shooting arrows out of a bow. 3 The chief was Ahiezer, then Joash, the sons of Shemaah the Gibeathite; and Jeziel, Pelet, the sons of Azmaveth; Berachah, and Jehu the Antothite, 4 Ismaiah the Gibeonite, a mighty man among the thirty, and over the thirty; and Jeremiah, Jahaziel, Johanan, Josabad the Gederathite, 5 Eluzai, Jerimoth, Bealiah, Shemariah, Shephatiah the Haruphite, 6 Elkanah, Jesiah, Azareel, Joezer, Jashobeam, the Korhites, 7 Joelah, and Zebadiah, the sons of Jeroham of Gedor.

8 And these from the Gadites separated themselves to David into the stronghold to the wilderness, men of might, and men of war fit for the battle, that could handle shield and buckler, whose faces were like the faces of lions, and were as swift as the gazelles on the mountains; 9 Ezer the first, Obadiah the second, Eliab the third, 10 Mishmannah the fourth, Jeremiah the fifth, 11 Attai the sixth, Eliel the seventh, 12 Johanan the eighth, Elzabad the ninth, 13 Jeremiah the tenth, Machbanai the eleventh. 14 These were of the sons of Gad, captains of the army: one of the least was over a hundred, and the greatest over a thousand 15 These are those that went over Jordan in the first month, when it had flowed over all his banks; and they put to flight all those of the valleys, both toward the east, and toward the west.

God’s Holy Spirit came on Amasai: He helps us

16 And there came of the children of Benjamin and Judah at the hold to David. 17 And David went out to meet them, and answered and said to them, If you have come peaceably to me to help me, my heart will be one with you: but if you have come to betray me to my enemies, since there is no wrong in my hands, the God of our fathers look on it, and rebuke it. 18 Then the Spirit came on/clothed Amasai, who was chief of the captains and he said, We are yours, David, and on your side, son of Jesse: peace, peace be to you, and peace be to him who helps you; for your God helps you. Then David received them, and made them captains of the army.

19 And some from Manasseh defected to David when he came with the Philistines against Saul to battle: but they did not help them: for the lords of the Philistines, upon consultation, sent him away saying, He will fall to his master Saul to the jeopardy of our heads. 20 As he went to Ziklag, there fell to him of Manasseh, Adnah, Jozabad, Jediael, Michael, Jozabad, Elihu, and Zilthai, captains of the thousands that were of Manasseh. 21 And they helped David against the army of the raiders: for they were all mighty men of valor, and were captains in the army. 22 For at that time day by day there came to David to help him, until it was a great army, like the army of God.

God gave the kingdom to David

23 And these are the numbers of the companies that were ready armed to war, and came to David to Hebron, to turn the kingdom of Saul to him, according to the word of the LORD. 24 6,800 children of Judah that bore shield and spear, ready armed to the war. 25 7,100 children of Simeon, mighty men of valor for the war. 26 4,600 children of Levi. 27 Jehoiada was the leader of the Aaronites, and with him were 3,700: 28 Zadok, a young man mighty of valor, and of his father’s house twenty-two captains. 29 3,000 children of Benjamin, the relatives of Saul: until this time the greatest part of them had kept allegiance to the house of Saul. 30 22, 800 children of Ephraim, mighty men of valor, famous throughout the house of their fathers. 31 And from the half tribe of Manasseh 18,000, which were expressed by name, to come and make David king. 32 And of the children of Issachar, men that had understanding of the times, to know what Israel ought to do; their leaders were two hundred; and all their brothers were at their command. 33 50,000 of Zebulun, expert in war, with all equipment of war, who could keep rank: they were of an undivided heart. 34 And of Naphtali a thousand captains, and 37,000 with them with shield and spear. 35 And 28,600 from the Danites, expert in war. 36 And 40,000 from Asher, such as went out to battle, expert in war.

37 And on the other side of Jordan, 120,000 from the Reubenites, the Gadites, and from the half tribe of Manasseh, with all manner of equipment of war for the battle. 38 All these men of war, that could keep rank, came with a perfect heart to Hebron, to make David king over all Israel: and all the rest also of Israel were of one heart to make David king. 39 And they were with David three days, eating and drinking: for their brothers had prepared for them. 40 Moreover they that were near them, even to Issachar, Zebulun and Naphtali, brought food on asses, on camels, on mules, and on oxen: food, meal, cakes of figs, and bunches of raisins, wine, oil, oxen, and sheep abundantly: for there was joy in Israel.

1 And David consulted with the captains of thousands and hundreds, and with every leader. 2 And David said to all the congregation of Israel, If it seem good to you, and that it is from the LORD our God, let us send abroad to our brothers everywhere that are left in all the land of Israel, and with them also to the priests and Levites who are in their cities and suburbs, that they may gather themselves to us: 3 And let us bring again the ark of our God to us: for we did not seek Him in the days of Saul.

4 And all the congregation said that they would do this: for the thing was right in the eyes of all the people. 5 So David gathered all Israel together, from Shihor of Egypt even to the entering of Hamath, to bring the ark of God from Kirjath-jearim. 6 And David went up, and all Israel, to Baalah, that is, to Kirjath-jearim, which belonged to Judah, to bring up from their the ark of God the LORD, that dwelled between the cherubims, whose name is called on it. 7 And they carried the ark of God in a new cart out of the house of Abinadab: and Uzza and Ahio drove the cart. 8 And David and all Israel played before God with all their might, with singing, with harps, with psalteries, with tambourines, with cymbals, and with trumpets. 9 And when they came to the threshing floor of Chidon, Uzza put out his hand to hold the ark because the oxen stumbled.

God is holy and He does not bend the rules for our mistakes, He died to pay for them

10 And the anger of the LORD burned against Uzza, and he struck him, because he put his hand to the ark: and he died there before God. 11 And David was displeased, because the LORD had made a breach on Uzza: therefore that place is called the Breach of Uzza to this day. 12 And David was afraid of God that day, saying, How can I bring the ark of God home to me? 13 So David did not bring the ark home to himself to the city of David, but carried it aside to the house of Obed-edom the Gittite. 14 And the ark of God remained with the family of Obed-edom in his house three months. And the LORD blessed the house of Obed-edom, and all that he had.

God goes before us to destroy our enemies

1 Now Hiram, king of Tyre, sent messengers to David, and cedar timbers, with masons and carpenters, to build him a house. 2 And David perceived that the LORD had confirmed him king over Israel, for his kingdom was lifted up on high, because of his people Israel.

3 And David took more wives at Jerusalem: and David begat more sons and daughters. 4 Now these are the names of his children which he had in Jerusalem: Shammua, Shobab, Nathan, Solomon, 5 Ibhar, Elishua, Elpalet, 6 Nogah, Nepheg, Japhia, 7 Elishama, Beeliada, and Eliphalet. 8 Now when the Philistines heard that David was anointed king over all Israel, all the Philistines went up to seek David. And David heard of it, and went out against them. 9 And the Philistines came and spread themselves in the valley of Rephaim.

10 And David asked of God saying, Shall I go up against the Philistines? Will you deliver them into my hand? And the LORD said to him, Go up; for I will deliver them into your hand. 11 So they came up to Baal-perazim; and David struck them there. Then David said, God has broken out on my enemies by my hand like the breaking out of waters: so they called the name of that place Baal-perazim. 12 And when they had left their gods there, David gave a commandment, and they were burned with fire.

13 And again the Philistines spread themselves abroad in the valley. 14 Therefore David asked again of God; and God said to him, Do not go up after them; turn away from them, and come on them over against the mulberry trees. 15 And when you hear a sound of marching in the tops of the mulberry trees, then go out to battle: for God is gone out before you to strike the army of the Philistines. 16 So David did as God commanded him: and they struck the army of the Philistines from Gibeon even to Gazer. 17 And the fame of David went out into all lands; and the LORD brought the fear of him on all nations.

13 For because you did not do it at the first, the LORD our God broke through against us because we did not seek Him after the due order. 14 So the priests and the Levites sanctified themselves to bring up the ark of the LORD God of Israel. 15 And the children of the Levites carried the ark of God on their shoulders with its poles, as Moses commanded according to the word of the LORD.

16 And David spoke to the leader of the Levites to appoint their brothers to be the singers with instruments of music, psalteries, harps and cymbals, sounding, by lifting up the voice with joy. 17 So the Levites appointed Heman the son of Joel; and from his brothers, Asaph the son of Berechiah; and of the sons of Merari their brothers, Ethan the son of Kushaiah; 18 And with them their brothers of the second degree, Zechariah, Ben, Jaaziel, Shemiramoth, Jehiel, Unni, Eliab, Benaiah, Maaseiah, Mattithiah, Elipheleh, Mikneiah, Obed-edom, and Jeiel, the gatekeepers. 19 So the singers, Heman, Asaph, and Ethan, were appointed to sound with cymbals of brass; 20 And Zechariah, Aziel, Shemiramoth, Jehiel, Unni, Eliab, Maaseiah, and Benaiah, with psalteries on Alamoth; 21 And Mattithiah, Elipheleh, Mikneiah, Obed-edom, Jeiel, and Azaziah with harps on the Sheminith to excel. 22 And Chenaniah, leader of the Levites, was for song: he instructed about the song, because he was skilful.

23 And Berechiah and Elkanah were gatekeepers for the ark. 24 And Shebaniah, Jehoshaphat, Nethaneel, Amasai, Zechariah, Benaiah, and Eliezer, the priests, blew with the trumpets before the ark of God: and Obed-edom and Jehiah were gatekeepers for the ark. 25 So David, and the elders of Israel, and the captains over thousands, went to bring up the ark of the covenant of the LORD out of the house of Obed-edom with joy.

God helped the Levites that carried the ark

29 And as the ark of the covenant of the LORD came to the city of David, Michal the daughter of Saul looked out a window saw king David dancing and playing: and she despised him in her heart.