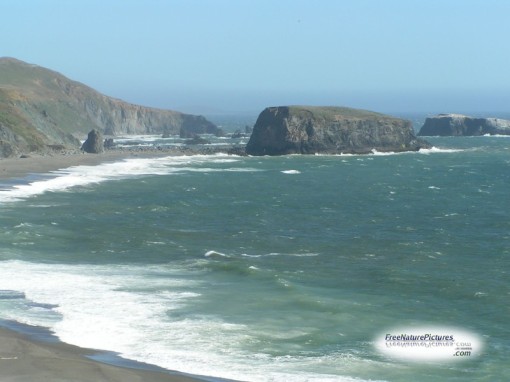 God is not anti war

1 Now the children of Israel by their number, that is, the head fathers, captains of thousands and hundreds, and their officers that served the king in any matter of the divisions, that came in and went out month by month throughout all the months of the year, 24,000 were from every division. 2 Over the first division for the first month was Jashobeam the son of Zabdiel: in his division were 24,000. 3 Of the children of Perez was the chief of all the captains of the army for the first month.

23 But David did not take number of them from twenty years old and under: because the LORD had said he would increase Israel like the stars of the heavens. 24 Joab the son of Zeruiah began to count, but he did not finish because wrath fell for it against Israel; neither was the number put in the account of the chronicles of king David. 25 Azmaveth, the son of Adiel, was over the king’s treasures: Jehonathan the son of Uzziah was over the storehouses in the fields, in the cities, and in the villages, and in the castles:

26 And over those that did the work of the field for working the ground was Ezri the son of Chelub: 27 And over the vineyards was Shimei the Ramathite: over the increase of the vineyards for the wine cellars was Zabdi the Shiphmite: 28 And over the olive trees and the sycamore trees that were in the low plains was Baal-hanan the Gederite: and Joash over the cellars of oil: 29 And over the herds that fed in Sharon was Shitrai the Sharonite: and over the herds that were in the valleys was Shaphat the son of Adlai: 30 Over the camels also was Obil the Ishmaelite: and over the asses was Jehdeiah the Meronothite: 31 And over the flocks was Jaziz the Hagerite. All these were the rulers of the substance that belonged to king David. 32 Also Jonathan, David’s uncle, was an advisor, a wise man, and a scribe: and Jehiel, the son of Hachmoni, was with the king’s sons: 33 And Ahithophel was the king’s counselor: and Hushai the Archite was the king’s companion: 34 And after Ahithophel was Jehoiada the son of Benaiah, and Abiathar: Joab was the general of the king’s army.

1 David assembled all the princes of Israel, the princes of the tribes, the captains of the companies that ministered to the king by rotation, the captains over the thousands, captains over the hundreds, the stewards over all the substance and possessions/livestock of the king, and his sons with the officers/eunuchs, with the mighty men, and with all the valiant men, to Jerusalem. 2 Then king David stood up on his feet and said, Hear me my brothers, and my people: As for me, I had it in my heart to build a house of rest for the ark of the covenant of the LORD, for the footstool of our God, and made ready for the building: 3 But God said to me, You will not build a house for my name because you have been a man of war, and have shed blood. 4 However the LORD God of Israel chose me before all the house of my father to be king over Israel forever: and he has chosen Judah to be the ruler; the house of Judah, the house of my father; and among the sons of my father he desired me to make me king over all Israel: 5 And of all my sons, (for the LORD has given me many sons,) he has chosen Solomon my son to sit on the throne of the kingdom of the LORD over Israel.

6 And he said to me, Solomon your son, he will build my house and my courts: for I have chosen him to be my son, and I will be his father. 7 Moreover I will establish his kingdom forever, if he is strong to do my commandments and my judgments, as today.

8 Now therefore in the sight of all Israel the congregation of the LORD, and in the audience of our God, keep and seek all the commandments of the LORD your God: that you may possess this good land, and leave it for an inheritance for your children after you forever. 9 And you, Solomon my son, know the God of your father, and serve him with a perfect heart and with a willing mind: for the LORD searches all hearts, and understands all the imaginations of the thoughts: if you seek him, he will be found by you; but if you forsake him, he will cast you off forever.

10 Take heed now; for the LORD has chosen you to build a house for the sanctuary: be strong, and do it. 11 Then David gave to his son Solomon the pattern of the porch, of its houses, of its treasuries, of its upper chambers, of its inner parlors, of the place of the mercy seat, 12 And the pattern of all that he had by the spirit, of the courts of the house of the LORD, and of all the chambers surrounding, of the treasuries of the house of God, and of the treasuries of the dedicated things:

19 All this, said David, the LORD made me understand in writing by his hand upon me, even all the works of this pattern. 20 And David said to Solomon his son, Be strong and courageous, and do it: do not fear or be dismayed: for the LORD God, even my God, will be with you; he will not fail you, or forsake you, until you have finished all the work for the service of the house of the LORD. 21 And behold, the rotation schedules of the priests and the Levites, even they will be with you for all the service of the house of God: and every willing, skilful man will be with you for all kinds of workmanship, for any kind of service: also the princes and all the people will be wholly at your commandment.

1 Furthermore king David said to all the assembly, Solomon my son, the one God has chosen, is still young and tender, and the work is great: for the palace is not for man, but for the LORD God. 2 Now I have prepared with all my power for the house of my God gold for things to be made of gold, silver for things of silver, bronze for things of bronze, iron for things of iron, and wood for things of wood; onyx stones, and stones to be set, stones of antimony, and of various colors, all kinds of precious stones, and alabaster stones in abundance. 3 Moreover, because I have delighted in the house of my God, I have given even more gold and silver than what I have given to the house of my God, over and above all that I have prepared for the holy house, 4 1000 talents/112 tons of gold from Ophir, nd 262 tons of refined silver, to overlay the walls of the houses:

5 Gold for things of gold, and the silver for things of silver, for all the work to be made by the hands of skilled workers. Who then is willing to consecrate his service today to the LORD? 6 Then the chief of the fathers and princes of the tribes of Israel, and the captains of thousands and of hundreds, with the rulers of the king’s work, offered willingly, 7 and gave for the service of the house of God 188 tons of gold, ten thousand gold coins, 375 tons of silver, 675 tons of bronze, and about 3,750 tons of iron. 8 And those who had precious stones gave them to the treasure of the house of the LORD, by the hand of Jehiel the Gershonite. 9 Then the people rejoiced for they offered willingly, because with perfect heart they willingly offered to the LORD: David the king also rejoiced with great joy. 10 Therefore David blessed the LORD before all the congregation: David said, You are blessed, LORD God of Israel our father, forever and ever.

God is exalted above all; All greatness, power, glory, and majesty belong to Him

11 Yours, O LORD, is the greatness, and the power, and the glory, and the victory, and the majesty: for all that is in the heaven and in the earth is yours; Yours is the kingdom, O LORD, and You are exalted as head above all. 12 Both riches and honor come from you, and you reign over all; in your hand is power and might; it is in your hand to make great, and to give strength to all.

13 Now therefore, our God, we thank You, and praise Your glorious name.

14 But who am I, and what are my people, that we should be able to offer so willingly like this? For all things come from you, and from your own have we given to you. 15 For we your guests, and temporary residents, as were all our fathers: our days on the earth are as a shadow, and there is none remaining.

16 O LORD our God, all this store that we haveprepared to build you a house for your holy name comes from your hand, and is all your own.

He tests the heart and has pleasure in uprightness

17  I know also, my God, that you test the heart, and have pleasure in uprightness. As for me, in the uprightness of my heart I have willingly offered all these things: and now I have seen with joy Your people, who are present here, offer willingly to you. 18 O LORD God of Abraham, Isaac, and of Israel, our fathers, keep this forever in the imagination of the thoughts of the heart of your people, and prepare their heart to you: 19 And give my son Solomon a perfect heart to keep your commandments, your testimonies, and your statutes, and to do all these things, and to build the palace, for which I have made provision. 20 And David said to all the congregation, Now bless the LORD your God. And all the congregation blessed the LORD God of their fathers, and bowed down their heads, and worshipped the LORD, and the king. 21 And they sacrificed sacrifices to the LORD, and offered burnt offerings to the LORD, on the next day after that day, even a thousand bulls, a thousand rams, and a thousand lambs, with their drink offerings, and sacrifices in abundance for all Israel:

22  And ate and drank before the LORD on that day with great gladness. And they made Solomon the son of David king the second time, and anointed him to the LORD to be the chief governor, and Zadok to be priest. 23 Then Solomon sat on the throne of the LORD as king instead of David his father, and prospered; and all Israel obeyed him. 24 All the princes, and the mighty men, and all the sons of king David, submitted themselves to king Solomon. 25 And the LORD magnified Solomon exceedingly in the sight of all Israel, and bestowed on him such royal majesty as had not been on any king before him in Israel. 26 Thus David the son of Jesse reigned over all Israel. 27 The time that he reigned over Israel was forty years; he reigned seven years in Hebron, and he reigned 33 years in Jerusalem. 28 He died in a good old age, full of days, riches, and honor: and his son Solomon reigned in his place. 29 Now the acts of David the king, first and last, behold, they are written in the book of Samuel the seer, and in the book of Nathan the prophet, and in the book of Gad the seer, 30 With all his reign, his power, and the things that happened to him, to Israel, and to all the kingdoms of the countries.