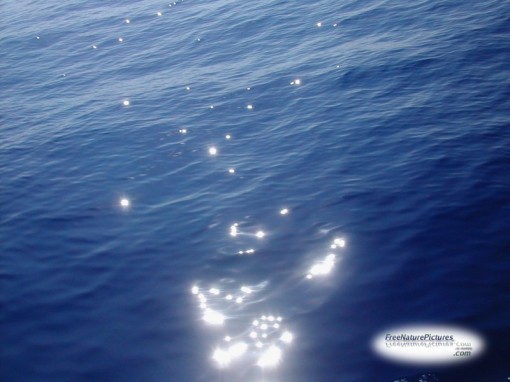 1 When David was old and full of days, he made his son Solomon king over Israel. 2 He gathered together all the princes of Israel, with the priests and the Levites. 3 Now the Levites were numbered from the age of thirty years and up: their number by their leaders, man by man was 38,000. 4 Of which 24,000 were to set forward the work of the house of the LORD and 6,000 were officers and judges: 5 4,000 were gatekeepers; and 4,000 praised the LORD with the instruments that I made to praise with, said David.

6 David divided them into courses among the sons of Levi, namely, Gershon, Kohath, and Merari. 7 Of the Gershonites were Laadan, and Shimei. 8 The three sons of Laadan: the leader was Jehiel, then Zetham, and Joel 9 The three sons of Shimei: Shelomith, Haziel, and Haran. These were the heads of the fathers of Laadan. 10 And the sons of Shimei were Jahath, Zina, Jeush, and Beriah. These four were the sons of Shimei. 11 Jahath was the chief, and Zizah the second: but Jeush and Beriah did not have sons; so they were in one roster, according to their father’s house. 12 The four sons of Kohath: Amram, Izhar, Hebron, and Uzziel. 13 The sons of Amram: Aaron and Moses. Aaron was separated to sanctify the most holy things, he and his sons forever, to burn incense before the LORD, to minister to him, and to bless in his name forever.

The Lord God gave rest to His people

25 For David said, The LORD God of Israel has given rest to his people, that they may dwell in Jerusalem forever: 26 Also to the Levites; they will no longer carry the tabernacle or any of its articles for its service. 27 By the last words of David the Levites were numbered from twenty years old and up: 28 Because their office was to wait on the sons of Aaron for the service of the house of the LORD, in the courts, in the chambers, in the purifying of all holy things, and the work of the service of the house of God; 29 Both for the showbread and for the fine flour for food offering, for the unleavened cakes, for what is baked in the pan, for what is fried, and for every measure and size; 30 And to stand every morning to thank and praise the LORD, and the same way at evening; 31 And to offer all burnt sacrifices to the LORD in the sabbaths, in the new moons, and on the set feasts, by number, according to the order commanded to them, continually before the LORD: 32 And to keep the charge of the tabernacle of the congregation, the charge of the holy place, and the charge of the sons of Aaron their brothers, in the service of the house of the LORD.

1 Now these are the divisions of the sons of Aaron. The sons of Aaron: Nadab, Abihu, Eleazar, and Ithamar. 2 But Nadab and Abihu died before their father and had no children: therefore Eleazar and Ithamar executed the priest’s office.

God ruled over the drawing; His will was made known

5 All tasks were assigned to the various groups by sacred lot so that no preference would be shown, for there were many qualified officials serving God in the sanctuary from among the descendants of both Eleazar and Ithamar. 6 And Shemaiah the son of Nethaneel the scribe, one of the Levites, wrote them before the king, the princes, Zadok the priest, Ahimelech the son of Abiathar, and before the leaders of the fathers of the priests and Levites: one principal household being taken for Eleazar, and one taken for Ithamar.

7 Now the first lot came out to Jehoiarib, the second to Jedaiah, 8 The third to Harim, the fourth to Seorim, 9 The fifth to Malchijah, the sixth to Mijamin, 10 The seventh to Hakkoz, the eighth to Abijah, 11 The ninth to Jeshua, the tenth to Shecaniah, 12 The eleventh to Eliashib, the twelfth to Jakim, 13 The thirteenth to Huppah, the fourteenth to Jeshebeab, 14 The fifteenth to Bilgah, the sixteenth to Immer, 15 The seventeenth to Hezir, the eighteenth to Aphses, 16 The nineteenth to Pethahiah, the twentieth to Jehezekel, 17 The twenty-first to Jachin, the twenty-second to Gamul, 18 The twenty-third to Delaiah, and the twenty-fourth to Maaziah. 19 These were the orderings of them in their service to come to the house of the LORD, according to their decree, under Aaron their father, as the LORD God of Israel had commanded him.

God told Aaron to set it up like this

God is most worthy of praise

3 Of Jeduthun: the six sons of Jeduthun; Gedaliah, Zeri, Jeshaiah, Hashabiah, and Mattithiah, under the hands of their father Jeduthun, who prophesied with a harp, to give thanks and to praise the LORD. 4 Of Heman: the sons of Heman; Bukkiah, Mattaniah, Uzziel, Shebuel, Jerimoth, Hananiah, Hanani, Eliathah, Giddalti, Romamti-ezer, Joshbekashah, Mallothi, Hothir, and Mahazioth:

5 All these were the sons of Heman, the king’s seer, in the words of God, to lift up the horn. And God gave Heman fourteen sons and three daughters. 6 All these were under the hands of their father for song in the house of the LORD, with cymbals, psalteries, and harps, for the service of the house of God, according to the king’s order to Asaph, Jeduthun, and Heman.

1 Concerning the divisions of the gatekeepers: Of the Korhites was Meshelemiah the son of Kore, of the sons of Asaph. 2 And the sons of Meshelemiah were Zechariah the firstborn, Jediael the second, Zebadiah the third, Jathniel the fourth, 3 Elam the fifth, Jehohanan the sixth, Elioenai the seventh. 4 Moreover the sons of Obed-edom were, Shemaiah the firstborn, Jehozabad the second, Joah the third, and Sacar the fourth, and Nethaneel the fifth, 5 Ammiel the sixth, Issachar the seventh, Peulthai the eighth: for God blessed him (Obed-edom). 6 Also to Shemaiah his son, sons were born that ruled throughout the house of their father: for they were mighty men of valor. 7 The sons of Shemaiah; Othni, Rephael, Obed, and Elzabad, whose brothers were strong men, Elihu, and Semachiah. 8 All these of the sons of Obed-edom: they, their sons, and their brothers, able men for strength for the service, were 62 from Obed-edom.

9 And Meshelemiah had eighteen sons and brothers, strong men. 10 Also Hosah, of the children of Merari, had sons: Simri the leader, (though he was not the firstborn, yet his father made him the leader;) 11 Hilkiah the second, Tebaliah the third, Zechariah the fourth: all the sons and brothers of Hosah were thirteen. 12 Among these were the divisions of the gatekeepers, among the leading men, having opposite watches, to minister in the house of the LORD. 13 They cast lots, the small as well as the great, according to the house of their fathers, for every gate.

God is our treasure

14 And the lot toward the east fell to Shelemiah. Then for Zechariah his son, a wise counselor, they cast lots; and his lot came out toward the north. 15 To Obed-edom toward the south; and to his sons the house of Asuppim. 16 To Shuppim and Hosah the lot came out toward the west, with the gate Shallecheth, by the causeway of the going up, guard opposite guard. 17 Toward the east were six Levites, toward the north four a day, toward the south four a day, and two at each of the storehouses. 18 At Parbar toward the west, four at the causeway, and two at Parbar. 19 These are the divisions of the gatekeepers among the sons of Kore, and among the sons of Merari. 20 And of the Levites, Ahijah was over the treasures of the house of God, and over the treasures of the holy things.

21 Concerning the sons of Laadan: the sons of the Gershonite Laadan, head fathers of Laadan the Gershonite, were Jehieli. 22 The sons of Jehieli: Zetham and Joel his brother, who were over the treasures of the house of the LORD. 23 Of the Amramites, the Izharites, the Hebronites, and the Uzzielites: 24 And Shebuel the son of Gershom, the son of Moses, was ruler over the treasures storage. 25 And his brothers by Eliezer: Rehabiah his son, Jeshaiah his son, Joram his son, Zichri his son, and Shelomith his son. 26 Which Shelomith and his brothers were over all the treasures of the dedicated things that David the king, the head fathers, the captains over thousands and hundreds, and the captains of the army had dedicated. 27 Out of the plunder of battles they dedicated to maintain the house of the LORD. 28 And all that Samuel the seer, Saul the son of Kish, Abner the son of Ner, and Joab the son of Zeruiah had dedicated; and whoever had dedicated anything, it was under the hand of Shelomith and of his brothers.

29 Of the Izharites, Chenaniah and his sons were for the outward business over Israel, for officers and judges. 30 Of the Hebronites, Hashabiah and his brothers, 1,700 men of valor, were officers among those of Israel on this side Jordan toward the west in all the business of the LORD, and in the service of the king. 31 Among the Hebronites Jerijah was the head, among the Hebronites, according to the generations of his fathers. In the fortieth year of the reign of David they were sought for, and were found among them mighty men of valor at Jazer of Gilead. 32 And his brothers, men of valor, were 2,700 head fathers whom king David made rulers over the Reubenites, the Gadites, and the half tribe of Manasseh, for every matter pertaining to God, and affairs of the king.