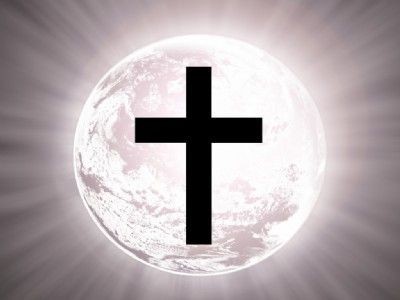 Jesus is the mediator of a better covenant

1 Now a summary of the things being said: We have such a high priest, who is set on the right hand of the throne of the Majesty in the heavens; 2 A minister of the sanctuary, and of the true tabernacle, which the Lord raised up, and not man. 3 For every high priest is ordained to offer gifts and sacrifices: therefore it is necessary that this man have something also to offer. 4 For if he were on earth, he would not be a priest, since there are those priests that offer gifts according to the law: 5 Who serve as an example and shadow of heavenly things, as Moses was warned by God when he was about to make the tabernacle: see, He said, that you make all things according to the pattern shown you in the mount.

Our eternal high priest is merciful to our unrighteousness

6 But now he has obtained a more excellent ministry, in as much as he is the mediator of a better covenant that was established on better promises. 7 For if that first covenant had been faultless then no place would have been sought for the second. 8 For finding fault with them, he said, Behold, the days come, said the Lord, when I will make a new covenant with the house of Israel and with the house of Judah: 9 Not according to the covenant that I made with their fathers in the day when I took them by the hand to lead them out of the land of Egypt; because they did not continue in my covenant, and I did not regard them, says the Lord. 10 For this is the covenant that I will make with the house of Israel after those days, says the Lord; I will put my laws into their mind, and write them in their hearts: and I will be to them a God, and they will be a people to me: 11 And they will not teach every man his neighbor, and every man his brother, saying, Know the Lord: for all will know me, from the least to the greatest. 12 For I will be merciful to their unrighteousness, and I will never, by no means, remember their sins and their iniquities. 13 When he said, A new covenant, he has made the first obsolete. Now that which decayed and grew old is near to disappearing.

1 Now even the first covenant had ceremonies of divine service and an earthly sanctuary. 2 For a tabernacle was prepared, the outer one in which was the candlestick, the table, and the showbread; which is called the holy place. 3 And behind the second veil was a tabernacle which is called the Holy of Holies; 4 which had the golden censer, and the ark of the covenant overlaid all round with gold, in which was the golden pot that had manna, and Aaron’s rod that budded, and the tables of the covenant.

5 And above it the cherubim of glory overshadowed the mercy seat; about which now is not the time to speak piece by piece. 6 Now when these things were prepared, the priests always went into the first tabernacle, completing the services of God. 7 But into the second the high priest went alone once every year, not without blood, which he offered for himself, and for the errors of the people: 8 The Holy Spirit showing by this that the way into the holiest of all had not yet been disclosed, while the first tabernacle was still standing: 9 This was an illustration pointing to the present time. For the gifts and sacrifices that the priests offered were not able to cleanse the consciences of the people who brought them. 10 only in foods and drinks, and various washings, regulations imposed on them, until the time of setting things right. 11 But Christ appeared as high priest of good things to come through a greater and more perfect tabernacle, not made with hands, that is to say, not of this creation.

Christ, by His own blood, became mediator of a new covenant

12 Neither by the blood of goats and calves, but by his own blood he entered in once into the holy place, having obtained eternal redemption for us. 13 For if the blood of bulls and of goats, and the ashes of a heifer sprinkling the unclean, sanctified to the purifying of the flesh: 14  How much more does the blood of Christ, who through the eternal Spirit offered himself without spot to God, purge your conscience from dead works to serve the living God? 15 And for this cause he is the mediator of the new covenant, that by means of death, for the redemption of the transgressions that were under the first covenant, those who are called might receive the promise of eternal inheritance.

16 For where there is a covenant, there must of necessity be the death of the one who made it. 17 For a covenant is only valid when men are dead: it is never in force while the one who made it lives. 18 Therefore the first covenant was not dedicated without blood. 19 For when Moses had spoken every precept to all the people according to the law, he took the blood of calves and of goats, with water, and scarlet wool, and hyssop, and sprinkled both the book, and all the people, 20 saying, This is the blood of the covenant that God has set out for to you. 21 Moreover he sprinkled with blood both the tabernacle, and all the utensils of the ministry. 22 And almost all things are by the law purged with blood; and without shedding of blood is no forgiveness.

He put away sin by the sacrifice of Himself

23 It was necessary that the patterns of things in the heavens be purified with these; but the heavenly things themselves with better sacrifices than these. 24 For Christ has not entered into the holy places made with hands, which are the figures of the true; but into heaven itself, now to appear in the presence of God for us: 25 Nor yet that he should offer himself often, as the high priest entered into the holy place every year with blood of others; 26 For then he must often have suffered since the foundation of the world: but now once in the consummation of the ages he appeared to put away sin by the sacrifice of himself. 27 And inasmuch as it is appointed to men once to die, but after this the judgment: 28 So Christ was offered once to bear the sins of many; and to them that look for him he will appear the second time not to deal with our sin but to save us.

1 For the law having a shadow of good things to come, and not the very image of the things, can never with those sacrifices that they offered year by year continually make perfect those drawing near. 2 For then, would they not have stopped being offered because the worshippers once cleansed would no longer have consciousness of sins?  3 But in those sacrifices there is a reminder of sins made again every year. 4 For it is not possible that the blood of bulls and of goats could take away sins.  5 Therefore when he came into the world, he said, Sacrifice and offering you did not desire, but a body you have prepared for me.

Jesus came to do the will of the Father

6 You had no pleasure in burnt offerings and sacrifices for sin. 7 Then I said, Behold, I come (in the volume of the book it is written of me,) to do your will, O God. 8 And previously, when he said, Sacrifice and offering and burnt offerings and offering for sin you did not desire, neither had pleasure in; which are offered by the law;   9 Then said he, Behold, I come to do your will, O God. He takes away the first, that he may establish the second. 10 By which will we are sanctified through the offering of the body of Jesus Christ once for all.

Jesus is sitting at the Father’s right hand while

The Father makes His enemies His footstool

Jesus is our new and Living Way

11 And every priest stands daily ministering and offering the same sacrifices, that can never take away sins: 12 But this man, after he had offered one sacrifice for sins forever, sat down on the right hand of God; 13 From then on waiting until his enemies are made his footstool. 14 For by one offering he has perfected forever those that are sanctified. 15 Of which the Holy Spirit is a witness to us: for he had said before, 16 This is the covenant that I will make with them after those days, said the Lord, I will put my laws into their hearts, and I will write them in their minds; 17 And I will no longer remember their sins and iniquities. 18 Now where there is forgiveness of these there is no more offering for sin. 19  Having therefore, brothers, boldness to enter into the holiest by the blood of Jesus, 20 By a new and living way, which he has consecrated for us, through the veil, that is to say, his flesh; 21 And having a high priest over the house of God; 22 Let us draw near with a true heart in full assurance of faith, having our hearts sprinkled from an evil conscience, and our bodies washed with pure water.

He is faithful that promised

23 Let us hold fast the profession of our faith without wavering; (for he is faithful that promised;) 24 And let us consider one another to provoke to love and to good works: 25 Not forsaking the assembling of ourselves together, as is the custom of some; but exhorting one another: and so much the more, as you see the day approaching. 26 For if we sin willfully after we have received the knowledge of the truth, there remains no more sacrifice for sins, 27 But a fearful expectation of judgment and fiery indignation, which will devour the adversaries.

28 He that despised Moses’ law died without mercy under two or three witnesses: 29 Of how much greater punishment, do you suppose, he will be worthy, who has trampled under foot the Son of God, and has counted the blood of the covenant, with which he was sanctified, an unholy thing, and having insulted the Spirit of grace? 30 For we know him that has said, Vengeance belongs to me, I will repay, says the Lord. And again, The Lord will judge his people.

God is to be feared above all

He rewards our faith greatly

He is coming in a little while and will not delay

31 It is a fearful thing to fall into the hands of the living God. 32 But call to remembrance the former days, in which, having been enlightened, you endured a great conflict of sufferings; 33 Partly, being exposed to reproaches and afflictions; and partly while you became sharers with those who were so used. 34 For you had compassion on me in my bonds, and took joyfully the spoiling of your goods, knowing in yourselves that you have a better and enduring possession in heaven. 35 So do not cast away your confidence, which has great reward. 36 For you have need of patience, so that, after you have done the will of God, you might receive the promise. 37 For yet in a very little while, and he that is coming will come, and will not delay. 38 Now the just will live by faith: but if any man draws back, my soul will have no pleasure in him. 39 But we are not of those who draw back into ruin; but of them that believe to the saving of the soul.