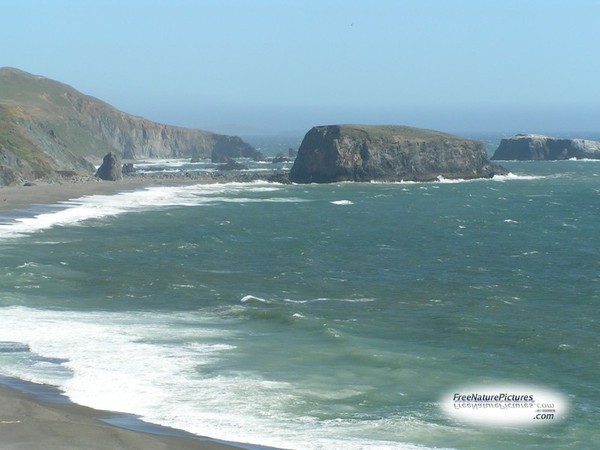 1 Again he began to teach beside the sea: and a great multitude gathered to him, so that he entered into a ship and sat in the sea; and the whole multitude was by the sea on the land. 2 And he taught them many things by parables, and said to them in his teaching, 3 Listen; Behold, a sower went out to sow: 4 And as he sowed, some fell by the wayside, and the birds of the air came and devoured it. 5 And some fell on stony ground, where it had not much earth; and immediately it sprang up, because it had no depth of earth: 6 But when the sun was up, it was scorched; and because it had no root, it withered away. 7 And some fell among thorns, and the thorns grew up, and choked it, and it yielded no fruit. 8 And other fell on good ground, and yielded fruit that sprang up and increased; and brought forth, some thirty, some sixty, and some a hundred. 9 And he said to them, He that has ears to hear, let him hear.

10 And when he was alone, those that were around him with the twelve asked him about the parable. 11 And he said to them, To you it is given to know the mystery of the kingdom of God: but to those that are outside all these things are done in parables: 12 That seeing they may see, and not perceive; and hearing they may hear, and not understand; lest at any time they should be converted, and their sins be forgiven them. 13 And he said to them, Do you not know this parable? Then how will you know all parables? 14 The sower sows the word. 15 Those by the wayside are the ones where the word is sown; but when they have heard, Satan comes immediately, and takes away the word that was sown in their hearts. 16 And those on the stony ground are the ones who, when they have heard the word, immediately receive it with gladness; 17 And have no root in themselves, and so endure but for a time: afterward, when affliction or persecution arises for the word's sake, immediately they are offended. 18 And the ones that are sown among thorns hear the word, 19 and the cares of this world, and the deceitfulness of riches, and the lusts of other things entering in, choke the word, and it becomes unfruitful. 20 And those sown on the good ground are the ones that hear the word, and receive it, and bring forth fruit, some thirty-fold, some sixty, and some a hundred.

21 And he said to them, Is a candle brought to be put under a bushel, or under a bed? And not to be set on a candlestick? 22 Nothing hidden that will not be revealed; nor anything covered that will not come to light. 23 If any man has ears to hear, let him hear. 24  And he said to them, Beware what you listen to: with what measure you measure, it will be measured to you: and to you that hear more will be given. 25 For he that has, to him will be given: and he that has not, from him will be taken even what he has.

26 And he said, So the kingdom of God is as if a man cast seed into the ground; 27 And slept, and rises night and day, and the seed springs and grows up, he does not know how. 28 For the earth brings forth fruit of herself; first the blade, then the ear, after that the full grain in the ear. 29 But when the fruit is ripe, immediately he puts in the sickle, because the harvest has come. 30 And he said, What is the kingdom of God like? With what may we compare it? 31 It is like a grain of mustard seed, which, when it is sown in the earth, is less than all the seeds that are in the earth: 32 But when it is sown, it grows up, and becomes greater than all herbs, and shoots out great branches; so that the fowls of the air lodge under its shadow. 33 And with many such parables he spoke the word to them, as they were able to hear it. 34 But he did not speak to them without a parable: and when they were alone, he expounded all things to his disciples.

He commands the winds and they sea obey Him

35 And the same day when the evening came, he said to them, Let us pass over to the other side. 36 And when they had sent away the multitude, they took him as he was in the boat. And there were other little boats with him. 37 And a great storm of wind arose, and the waves beat into the ship, so that it was now full. 38 And he was in the stern asleep on a pillow: and they woke him and said to him, Master, do you not care that we perish? 39 And he arose, and rebuked the wind, and said to the sea, Peace, be still. And the wind stopped, and there was a great calm. 40 And he said to them, Why are you so fearful? How is it that you have no faith? 41 And they feared exceedingly, and said one to another, What manner of man is this, that even the wind and the sea obey him?

The Lord rules over all and gives sanity

1 And they came over to the other side of the sea, into the country of the Gadarenes. 2 And when he came out of the ship, immediately a man with an unclean spirit met him out of the tombs, 3 who had his dwelling among the tombs; and no man could bind him, no, not with chains: 4 Because he had often been bound with shackles and chains, and the chains had been plucked apart by him, and the shackles broken in pieces: neither could any man tame him. 5 And always, night and day, he was in the mountains, and in the tombs, crying, and cutting himself with stones. 6 But when he saw Jesus far off, he ran and worshipped him, 7 and cried with a loud voice and said, What do I have I to do with you, Jesus, Son of the most high God? I adjure you by God, that you not torment me. 8 For he said to him, Come out of the man, you unclean spirit.

9 And he asked him, What is your name? And he answered, saying, My name is Legion: for we are many. 10 And he begged him much that he would not send them away out of the country. 11 Now near the mountains there was a large herd of pigs feeding. 12 And all the devils begged him, saying, Send us into the pigs, that we may enter into them. 13 And immediately Jesus gave them permission. And the unclean spirits went out, and entered into the swine: and the herd ran violently down a steep place into the sea, (they were about two thousand;) and were choked in the sea. 14 And those that fed the swine fled and told it in the city, and in the country. And they went out to see what happened. 15 And they came to Jesus, and saw the one that was possessed with the devil, and had the legion, sitting clothed, and in his right mind: and they were afraid.

16 And those that saw it described to them what had happened to the one that was possessed with the devil, and also concerning the swine. 17 And they began to plead with him to depart out of their coasts. 18 And when he came into the ship, he that had been possessed with the devil implored him that he might be with him. 19 However Jesus did not allow him, but said to him, Go home to your friends, and tell them what great things the Lord has done for you, and has had compassion on you.

He makes us whole

20 And he departed, and began to proclaim in Decapolis what great things Jesus had done for him: and all men marveled. 21 And when Jesus crossed over again by ship to the other side, many people gathered to him: and he was near the sea. 22 And behold, one of the rulers of the synagogue, named Jairus; came and when he saw him, he fell at his feet, 23 And implored him greatly, saying, My little daughter lies at the point of death: I beg you, come and lay your hands on her, that she may be healed; and she will live. 24 And Jesus went with him; and much people followed him, and thronged him. 25 And a certain woman, who had a flow of blood twelve years, 26 And had suffered many things by many physicians, and had spent all that she had, and was not better, but instead grew worse, 27 When she heard of Jesus, came in the crowd behind him and touched his garment. 28 For she said, If I can just touch his clothes, I will be whole. 29 And immediately the flow of her blood was dried up; and she felt in her body that she was healed of her plague.

The Lord astonishes; He raises the dead

30 And Jesus, immediately knowing in himself that power had gone out from him, turned around in the crowd and said, Who touched my clothes? 31 And his disciples said to him, You see the multitude thronging you and you say, Who touched me? 32 And he looked round to see her that had done this thing. 33 But the woman fearing and trembling, knowing what was done in her, came and fell down before him, and told him all the truth. 34 And he said to her, Daughter, your faith has made you whole; go into peace, and be whole of your plague. 35 While he still spoke, there came from the ruler of the synagogue's house certain one who said, Your daughter is dead: why do you trouble the Master any further? 36 As soon as Jesus heard the word that was spoken, he said to the ruler of the synagogue, Do not be afraid, only believe. 37 And he allowed no man to follow him, except Peter, James, and John, the brother of James. 38 And he came to the house of the ruler of the synagogue, and saw the uproar, and those that wept and wailed greatly. 39 And when he came in, he said to them, Why do you make this commotion and weep? The child is not dead, but sleeping. 40 And they laughed him to scorn. But when he had put them all out, he took the father and the mother of the child, and those that were with him, and entered in where the child was lying. 41 And he took the child by the hand, and said to her, Talitha cumi; which is interpreted, Child, I say to you, arise. 42 And immediately the child arose, and walked; for she was 12 years old. And they were astonished with a great astonishment. 43 And he gave them strict orders that no man should know it; and commanded that she be given something to eat.