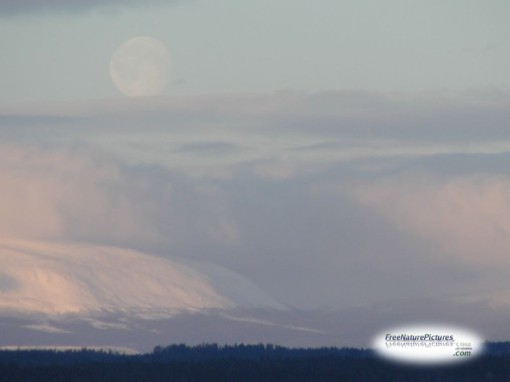 1 Open your doors, O Lebanon, that the fire may devour your cedars. 2 Howl, fir tree; for the cedar is fallen; because the mighty are destroyed: howl, O oaks of Bashan; for the forest of the vintage has come down. 3 There is a voice of the howling of the shepherds; for their glory is destroyed: a voice of the roaring of young lions; for the pride of Jordan is destroyed. 4 The Lord my God says this; Feed the flock of the slaughter; 5 Whose possessors slay them, and do not consider themselves guilty: those that sell them say, Blessed is the LORD; for I am rich: and their own shepherds do not pity them. 6 For I will no longer pity the inhabitants of the land, says the LORD: but, look at this, I will deliver the men, every one into his neighbor’s hand, and into the hand of his king: and they will strike the land, and I will not deliver them out of their hand.

7  And I will feed the flock of slaughter, even you, O poor of the flock. And I took myself two staffs; I called one Kindness, and the other I called Union; and I fed the flock. 8 I cut off three shepherds in one month; and my soul loathed them, and their soul also abhorred me. 9 Then I said, I will not feed you: that which dies, let it die; and that which is to be cut off, let it be cut off; and let the rest eat each others flesh. 10 And I took my staff, Kindness, and cut it in pieces, that I might break my covenant that I had made with all the people. 11 And it was broken in that day: and so the poor of the flock that waited on me knew that it was the word of the LORD.

12  And I said to them, If it is good in your sight, give me my wages; and if not, let it go. So they weighed for my price thirty pieces of silver. 13 And the LORD said to me, throw it to the potter, that magnificent price that I was valued at by them. And I took the thirty pieces of silver, and threw them to the potter in the house of the LORD. 14 Then I cut apart my other staff, Union, that I might break the brotherhood between Judah and Israel. 15 And the LORD said to me, Take again for yourself the tools of a foolish shepherd.

16  For, look at this, I will raise up a shepherd in the land, who will not visit those that are cut off, nor seek the young one, nor heal what is broken, nor feed that which stands still: but he will eat the flesh of the fat, and tear their claws in pieces. 17 Cries of grief to the worthless shepherd that leaves the flock! The sword will be upon his arm, and upon his right eye: his arm will be completely dried up, and his right eye will be utterly darkened.

The Lord fights for His people in amazing ways

1 The burden of the word of the LORD for Israel, says the LORD who stretches forth the heavens, and lays the foundation of the earth, and forms the spirit of man within him. 2 Behold, I will make Jerusalem a cup of trembling unto all the people round about, when they are in the siege, both against Judah and against Jerusalem. 3 In that day, says the LORD, I will strike every horse with astonishment and his rider with madness: and I will open my eyes on the house of Judah, and will strike every horse of the people with blindness.

God makes His people a torch of holiness

4  And in that day I will make Jerusalem a burdensome stone for all people: all that burden themselves with it will be cut in pieces, though all the people of the earth are gathered together against it. 5 And the leaders of Judah will say in their heart, The inhabitants of Jerusalem will be my strength in the LORD of hosts, their God. 6 In that day I will make the governors of Judah like a hearth of fire among the wood, and like a torch of fire among sheaves; and they will devour all the people round about on the right hand and on the left: and Jerusalem will be inhabited again in her own place, in Jerusalem.

7  The LORD also will deliver the tents of Judah first, so that the glory of the house of David and the glory of the inhabitants of Jerusalem do not magnify themselves against Judah. 8 In that day the LORD will defend the inhabitants of Jerusalem; and he that is feeble among them at that day will be like David; and the house of David will be like God, as the angel of the LORD before them. 9 And it will come to pass in that day that I will seek to destroy all the nations that come against Jerusalem. 10 And I will pour on the house of David, and upon the inhabitants of Jerusalem, the spirit of grace and of supplications: and they will look upon me, the alpha and omega, whom they have pierced, and they will mourn for him, as one mourns for his only son, and will be in bitterness for him, as one that is in bitterness for his firstborn.

The Lord opens a cleansing fountain

1 In that day a fountain will be opened to the house of David and to the inhabitants of Jerusalem for sin and for uncleanness. 2 And it will come to pass in that day, says the LORD of hosts, that I will cut off the names of the idols out of the land, and they will no longer be remembered: and I also will cause the prophets and the unclean spirit to pass out of the land.

3  And it will happen, that when any still prophesies, then his father and his mother that begat him will say to him, You will not live; for you speak lies in the name of the LORD: and his father and his mother that begot him will thrust him through when he prophesies. 4 And it will come to pass in that day, that the prophets will be ashamed every one of his vision, when he has prophesied; neither will they wear a large garment of hair to lie/deceive: 5 But he will say, I am not a prophet, I am a farmer; for man taught me to keep livestock from my youth. 6 And one will say to him, What are these wounds in your hands? Then he will answer, Those with which I was wounded in the house of my lover.

7  Awake, O sword, against my shepherd, and against the man that is my fellow, says the LORD of hosts: strike the shepherd, and the sheep will be scattered: and I will turn my hand on the little ones. 8 And it will come to pass, that in all the land, says the LORD, two parts in it will be cut off and die; but the third will be left in it. 9 And I will bring the third part through the fire, and will refine them as silver is refined, and will test them as gold is tested: they will call on my name, and I will hear them: I will say, It is my people: and they will say, The LORD is my God.

The Lord’s day is coming; He fights for us

1 Behold, the day of the LORD comes, and your plunder will be divided in the midst of you. 2 For I will gather all nations against Jerusalem to battle; and the city will be taken, the houses rifled, and the women ravished; and half of the city will go into captivity, and the rest of the people will not be cut off from the city. 3 Then the LORD will go out and fight against those nations, as when he fought in the day of battle.

6  And it will come to pass in that day, that the light will not be clear or dark: 7 But it will be one day which will be known to the LORD, not day or night: but it will come to pass, that at evening time it will be light. 8 And it will be, in that day, that living waters will go out from Jerusalem; half of them toward the eastern sea, and half of them toward the western sea: in summer and winter it will be.

The LORD will be king over the whole earth

9  And the LORD will be king over all the earth: in that day there will be one LORD, and his name one. 10 All the land will be turned as a plain from Geba to Rimmon south of Jerusalem: and it will be lifted up, and inhabited in her place, from Benjamin’s gate to the place of the first gate, unto the corner gate, and from the tower of Hananeel unto the king’s winepresses. 11 And men will dwell in it, and there will be no more a curse; but Jerusalem will dwell safely.

12  And this will be the plague with which the LORD will strike all the people that have fought against Jerusalem; Their flesh will rot while they stand on their feet, their eyes will rot in their holes, and their tongue will rot in their mouth. 13 And it will be in that day, that a great tumult from the LORD will be among them; and every one will lay hold on the hand of his neighbor, and his hand will rise up against the hand of his neighbor. 14 And Judah also will fight at Jerusalem; and the wealth of all the heathen round about will be gathered together, gold, silver, and clothing in great abundance. 15 And this will be the plague of the horse, the mule, the camel, the ass, and of all the animals that will be in these tents, like this plague.

20 In that day there will be on the bells of the horses, HOLINESS UNTO THE LORD; and the pots in the LORD’s house will be like the bowl’s before the altar (overflowing with fullness). 21 Yes, every pot in Jerusalem and in Judah will be holiness to the LORD of hosts: and all those that sacrifice will come and take of them, and boil in it: and in that day there will be no more the Canaanite (proud, unclean) in the house of the LORD of hosts.