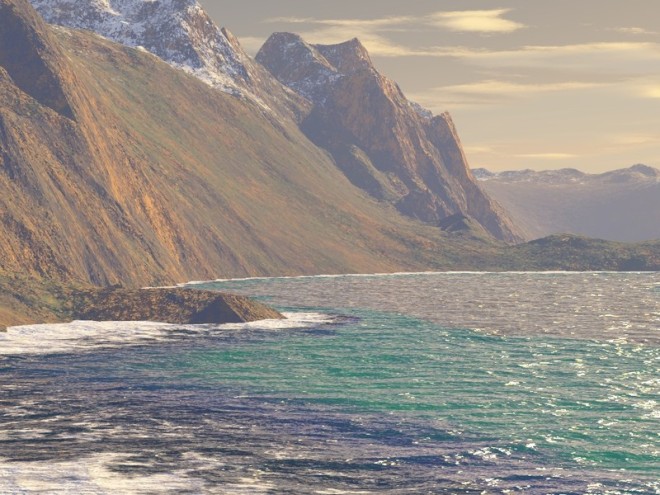 Christ, the rock, is the food and drink of our spirits

5 But with many of them God was not well pleased: for they were overthrown in the wilderness. 6 Now these things were our examples so that we not lust after evil things as they lusted. 7 Neither be idolaters, as were some of them; as it is written, The people sat down to eat and drink and rose up to play. 8 Neither let us commit fornication as some of them committed, and 23,000 fell in one day. 9 And let us not tempt Christ, as some of them tempted, and were destroyed by serpents. 10 Nor murmur as some of them murmured and were destroyed by the destroyer. 11 Now all these things happened to them for examples: and are written for our admonition, on whom the ends of the world have come.

He provides a ways of escape

12  Therefore let him that thinks he stands watch out that he not fall. 13 No temptation has overtaken you but such as is common to man: but God is faithful, who will not allow you to be tempted beyond what you are able; but will with the temptation also make a way to escape, that you may be able to bear it. 14 Therefore, my dearly beloved, flee from idolatry. 15 I speak as to wise men; judge what I say. 16 The cup of blessing which we bless, is it not the communion of the blood of Christ? The bread which we break, is it not the communion of the body of Christ? 17 For we being many are one bread and one body: for we are all partakers of that one bread.

18  Look at Israel according the flesh: are not those who eat of the sacrifices partakers of the altar? 19 What do I say then? That the idol is anything, or that which is offered in sacrifice to idols is anything? 20 But I say, that the things that the Gentiles sacrifice, they sacrifice to devils, and not to God: and I do not want you to have fellowship with devils. 21 You cannot drink the cup of the Lord, and the cup of devils: you cannot be partakers of the Lord’s table and of the table of devils. 22 Do we provoke the Lord to jealousy? Are we stronger than he?

The earth and its fullness belong to the Lord

Christ is the head

1 Be followers of me, even as I also am of Christ 2 Now I praise you, brothers, that you remember me in all things, and keep the ordinances, as I delivered them to you. 3 But I would have you know, that the head of every man is Christ; and the head of the woman is the man; and the head of Christ is God. 4 Every man praying or prophesying, having his head covered, dishonors his head. 5 But every woman that prays or prophesies with her head uncovered dishonors her head: for that is like she is shaved. 6 For if the woman is not covered, let her be shaved: but if it is a shame for a woman to be shaved, let her be covered.

All things are from God

13  Judge in yourselves: is it appropriate for a woman pray to God uncovered? 14 Does not even nature itself teach you that if a man has long hair, it is a shame unto him? 15 But if a woman has long hair, it is a glory to her: for her hair is given her for a covering/veil. 16 But if any man seems to be contentious, we have no such custom, neither the churches of God.

17  But in giving this instruction I do not praise you because you come together not for better but for worse. 18 First of all, when you come together in the church, I hear that there are divisions among you; and I partly believe it. 19 For there must be heresies among you so that those that are approved may be shown among you.

Jesus is to be most highly honored; His body was broken for us

He is coming back to rule forever

20  When you meet together, it is not to eat the Lord’s supper. 21 For in eating, each one takes his own supper first: one is hungry, and another is drunk. 22 What? Do you not have houses to eat and to drink in? Or do you despise the church of God, and shame those that have not? What can I say to you? Do I praise you in this? I do not praise you. 23 For I have received of the Lord that which I also delivered to you, That the Lord Jesus, the same night that he was betrayed took bread: 24 And when he had given thanks, he broke it and said, Take, eat: this is my body which is broken for you: do this in remembrance of me. 25 And in the same way he took the cup after supper saying, This cup is the new covenant in my blood: do this as often as you drink it in remembrance of me. 26 For as often as you eat this bread and drink this cup, you show the Lord’s death until He comes.

27  Therefore whoever eats this bread and drinks this cup of the Lord, unworthily, will be guilty of the body and blood of the Lord. 28 But let a man examine himself and then let him eat of that bread and drink of that cup. 29 For he that eats and drinks unworthily, eats and drinks judgment to himself, not discerning the Lord’s body. 30 For this cause many are weak and sickly among you, and many sleep. 31 For if we would judge ourselves, we would not be judged. 32 But when we are judged, we are chastened of the Lord, that we not be condemned with the world. 33 So my brothers, when you come together to eat, wait for one another. 34 And if any man is hungry, let him eat at home; that you not come together to judgment. And I will set in order the rest when I come.

God works all things together by His Spirit to profit

His Spirit has baptized us into the body of Christ

He puts the body together as it pleases Him

He gives more abundant honor to parts that lack

18  But God has set every one of the parts in the body as it pleased him. 19 And if they were all one part, where would the body be? 20 But now they are many parts but one body. 21 And the eye cannot say to the hand, I do not need you: nor can the head say to the feet, I do not need you. 22 But much more those parts of the body that seem to be weaker are necessary: 23 And those parts of the body that we think less honorable, on these we put more abundant honor; and our unpresentable part has more propriety. 24 For our attractive parts have no need: but God has composed the body giving more abundant honor to the part that lacked: 25 So that there would be no division in the body; but that the parts would have the same care for one another.26 If one part suffers all the parts suffer with it; or one part is honored, all the parts rejoice with it. 27 Now you are the body of Christ, and parts/members in particular. 28 And God has set some in the church, first apostles, second prophets, thirdly teachers, after that miracles, then gifts of healings, helps, governments, diversities of tongues. 29 Are all apostles? Are all prophets? Are all teachers? Are all workers of miracles? 30 Do all have the gifts of healing? Do all speak with tongues? Do all interpret? 31 But earnestly covet the best gifts: but I show I you a more excellent way.

God defines love for us

We will see Jesus face to face forever

11  When I was a child, I spoke as a child, I understood as a child, I thought as a child: but when I became a man, I put away childish things. 12 For now we see through a glass, darkly/in a riddle; but then face to face: now I know in part; but then I will know even as I am known. 13 but now faith, hope, and love remain, these three; but the greatest of these is love.