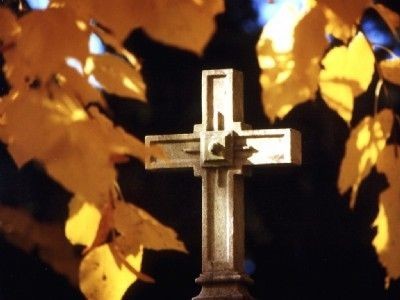 1 Solomon made a marriage alliance with Pharaoh king of Egypt, and took Pharaoh’s daughter, and brought her into the city of David, until he finished building his own house, and the house of the LORD, and the wall around Jerusalem. 2 But the people still sacrificed in high places, because there was no house built to the name of the LORD, until those days. 3 And Solomon loved the LORD, walking in the statutes of his father David: except he sacrificed and burnt incense in high places. 4 And the king went to Gibeon to sacrifice there; for that was the great high place: Solomon offered a thousand burnt offerings on that altar.

God appeared to Solomon and offered to give whatever he ask

5 In Gibeon the LORD appeared to Solomon in a dream by night: and God said, Ask what I shall give you. 6 And Solomon said, You have showed your servant David my father great mercy, because he walked before you in truth, in righteousness, and in uprightness of heart with you; and you have kept for him this great love, that you have given him a son to sit on his throne, as it is today. 7 And now, O LORD my God, you have made your servant king instead of David my father: and I am but a little child: I do not know how to go out or come in. 8 And your servant is in the midst of your people that you have chosen, a great people that cannot be numbered or counted for multitude. 9 Therefore give your servant a hearing/understanding heart to judge your people, that I may discern between good and bad/evil: for who is able to judge this great people of yours?

10 And the speech pleased the Lord, that Solomon had asked this thing. 11 And God said to him, Because you have asked this thing, and have not asked for yourself long life; neither have asked riches for yourself, nor have asked the life of your enemies; but have asked for yourself understanding to discern judgment; 12 Behold, I have done according to your words: behold I have given you a wise and an understanding heart so that there was none like you before you, neither will rise any like to you after you. 13 And I have also given you what you have not asked, both riches and honor: so that there will not be any among the kings like you all your days.

14 And if you walk in my ways, keep my statutes and my commandments, as your father David walked, then I will lengthen your days. 15 And Solomon awoke; and behold, it was a dream. And he came to Jerusalem, and stood before the ark of the covenant of the LORD, and offered burnt offerings, and offered peace offerings, and made a feast to all his servants.

16 Then two women came to the king that were harlots and stood before him. 17 And the one woman said, O my lord, I and this woman live in one house; and I was delivered of a child with her in the house. 18 And on the third day after I was delivered, this woman was delivered also: we were together; there was no other person with us in the house, just we two in the house. 19 This woman’s child died in the night because she lay on it. 20 And she arose at midnight, took my son from beside me while your handmaid slept, laid it in her bosom, and laid her dead child in my bosom. 21 And when I rose in the morning to nurse my son, behold, it was dead: but when I had considered it in the morning, behold, it was not my son whom I had borne. 22 And the other woman said, No; the living son is mine, and the dead son is yours. And this said, No; but the dead is your son, and the living is my son. They spoke this way before the king. 23 Then the king said, The one says, This is my son that lives, and your son is the dead: and the other says, No; but your son is the dead one, and my son is the living one. 24 And the king said, Bring me a sword. And they brought a sword before the king. 25 And the king said, Divide the living child in two, and give half to the one, and half to the other. 26 Then the woman whose the living child was spoke to the king, for she deeply yearned for her son, and she said, O my lord, give her the living child, in no way kill it. But the other said, Let it be neither mine or yours, but divide it. 27 Then the king answered and said, Give her the living child, do not kill it: she is the its mother. 28 And all Israel heard of the judgment that the king had judged; and they feared the king: for they saw that the wisdom of God was in him, to do justice.

7 And Solomon had twelve officers over all Israel, who sustained the king and his household: each man made provision during his assigned month of the year. 8 These are their names: The son of Hur, in mount Ephraim: 9 The son of Dekar, in Makaz, in Shaalbim, Beth-shemesh, and Elon-beth-hanan: 10 The son of Hesed, in Aruboth; to him Sochoh, and all the land of Hepher: 11 The son of Abinadab, in all the region of Dor; Taphath, the daughter of Solomon, was his wife: 12 Baana the son of Ahilud in Taanach, Megiddo, and all Beth-shean, which is by Zartanah beneath Jezreel, from Beth-shean to Abel-meholah, even to the place that is beyond Jokneam: 13 The son of Geber, in Ramoth-gilead; to him were the towns of Jair the son of Manasseh, which are in Gilead; to him also was the region of Argob, which is in Bashan, sixty great cities with walls and bronze bars: 14 Ahinadab the son of Iddo had Mahanaim: 15 Ahimaaz was in Naphtali; he also took Basmath the daughter of Solomon for a wife: 16 Baanah the son of Hushai was in Asher and in Aloth: 17 Jehoshaphat the son of Paruah, in Issachar: 18 Shimei the son of Elah, in Benjamin: 19 Geber the son of Uri was in the country of Gilead, in the country of Sihon, king of the Amorites, and of Og, king of Bashan; and he was the only officer in that land.

20 Judah and Israel were many, as the sand that is by the sea in multitude, eating and drinking, and making merry. 21 And Solomon reigned over all kingdoms from the river to the land of the Philistines, and to the border of Egypt: they brought gifts, and served Solomon all the days of his life. 22 Solomon’s provision for one day was thirty measures of fine flour, sixty measures of meal, 23 Ten fat oxen, twenty oxen out of the pastures, and a hundred sheep, beside harts, roebucks, fallow deer, and fatted fowl. 24 He ruled over all the region on this side the river, from Tiphsah to Azzah, over all the kings on this side the river: and he had peace on all sides round about him.

He provides safety when we listen

25 Judah and Israel dwelt safely, every man under his vine and under his fig tree, from Dan to Beer-sheba/north to south, all the days of Solomon. 26 And Solomon had forty thousand stalls of horses for his chariots, and twelve thousand horsemen. 27 And those officers provided food for king Solomon, and for all that came to king Solomon’s table, every man in his month: they lacked nothing. 28 They brought barley also and straw for the horses and camels to the place where the officers were, every man according to his charge.

29 And God gave Solomon very much discernment and largeness of heart, even as the sand that is on the seashore. 30 And Solomon’s wisdom excelled the wisdom of all the children of the east country, and all the wisdom of Egypt 31 For he was wiser than all men; than Ethan the Ezrahite, Heman, Chalcol, and Darda, the sons of Mahol: his fame was in all nations round about. 32 And he spoke three thousand proverbs: and his songs were a thousand and five. 33 And he spoke of trees, from the cedar tree that is in Lebanon to the hyssop that springs out of the wall: he spoke also of animals, of birds, of creeping things, and of fishes. 34 And kings from every nation sent their ambassadors to listen to the wisdom of Solomon.

1 Hiram king of Tyre sent his servants to Solomon; for he had heard that they had anointed him king in the place of his father: Hiram had always loved David. 2 And Solomon sent to Hiram saying, 3 You know that David my father could not build a house to the name of the LORD his God because of the wars that were about him on every side, until the LORD put them under the soles of his feet. 4 But now the LORD my God has given me rest on every side, so that there is no adversary or misfortune. 5 And behold, I plan to build a house for the name of the LORD my God, as the LORD spoke to David my father saying, Your son, whom I will set on your throne in your place, he will build a house for my name. 6 Now therefore command to cut cedar trees for me out of Lebanon; my servants will be with your servants: and I will give you wages for your servants according to all that you say: for you know that there are none skilled to cut timber like the Sidonians.

7 And when Hiram heard the words of Solomon, he rejoiced greatly and said, Blessed be the LORD this day, that has given to David a wise son over this great people. 8 And Hiram sent to Solomon saying, I have heard the things that you requested: I will do all your desire concerning timber of cedar, and concerning timber of fir. 9 My servants will bring them down from Lebanon to the sea: and I will convey them by sea in rafts to the place that you send me, and will cause them to be broken up there, and you will receive them: and you will fulfill my desire by giving food for my household. 10 So Hiram gave Solomon cedar trees and fir trees, all he desired. 11 And Solomon gave Hiram twenty thousand measures of wheat for food to his household, and twenty measures of pure oil: Solomon gave this to Hiram year by year.

12 And the LORD gave Solomon wisdom as he promised him: and there was peace between Hiram and Solomon; the two made a treaty.

13 And king Solomon raised a draft of forced laborers out of all Israel; and the number was thirty thousand men.14 And he sent to Lebanon ten thousand a month by rotation: a month they were in Lebanon, and two months at home: Adoniram was over the draft. 15 Solomon had seventy thousand that carried burdens, and eighty thousand stone-cutters in the mountains; 16 Beside Solomon’s chief officers that were over the work, thirty-three hundred, that ruled over the people that did the work. 17 And the king commanded that they bring great stones, costly stones, and carved stones, to lay the foundation of the house. 18 Solomon’s builders and Hiram’s builders cut them, and the stonesquarers: so they prepared timber and stones to build the house.