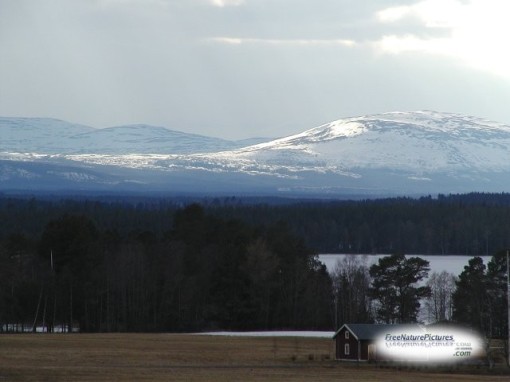 God makes our hearts His home

1 Now in the 480th year after the children of Israel came out of the land of Egypt, in the fourth year of Solomon’s reign over Israel, in the month Zif, which is the second month, that he began to build the house of the LORD. 2 And the house that king Solomon built for the LORD was 90 feet long, 30 feet wide, and 45 feet high.

3 The porch at the front of the Temple was 30 feet wide, running across the entire width of the Temple. It projected outward 15 feet from the front of the Temple. 4 And in the house he made windows of narrow lights. 5 A complex of rooms was built against the outer walls of the Temple, all the way around the sides and rear of the building. 6 The lowest story was seven and a half feet wide, and the middle was nine feet wide, and the third was ten and a half feet wide: around in the wall of the house he made insets all around so that the beams would not be fastened into the walls of the house. 7 And the house, when it was being built, was built of stone that was prepared before it was brought there so that there was no hammer or axe or any tool of iron heard in the house while it was being built.

8 The door for the middle chamber was in the right side of the house: and they went up with winding stairs into the middle chamber, and out of the middle into the third. 9 So he built the house, and finished it; and covered the house with beams and boards of cedar. 10 Then a complex of rooms on three sides of the building was attached to the Temple walls by cedar timbers. Each story of the complex was 7 1/2 feet high.

12 And the word of the LORD came to Solomon saying, 12 Regarding this house that you are building, if you will walk in my statutes, execute my judgments, and keep all my commandments to walk in them; then I will do my word with you that I spoke to David your father: 13 And I will dwell among the children of Israel, and will not forsake my people Israel.

14 So Solomon built the house and finished it. 15 He built the walls of the house inside with boards of cedar, both the floor of the house and the walls and the ceiling: and he covered them on the inside with wood, and covered the floor of the house with planks of fir. 16 He partitioned off an inner sanctuary—the Most Holy Place—at the far end of the Temple. It was 30 feet deep and was paneled with cedar from floor to ceiling. 17 The main room of the Temple, outside the Most Holy Place, was 60 feet long. 18 And the cedar of the house inside was carved with gourds and open flowers: all was cedar; no stone was seen. 19 And he prepared the inner sanctuary in the house inside, to set in it the ark of the covenant of the LORD. 20 And the front of the inner sanctuary was thirty feet long, thirty feet wide, and thirty feet high: he overlaid it with pure gold, and also overlaid the altar that was of cedar.

He is of the greatest value

1 But Solomon was building his own house thirteen years, and he finished all his house. 2 He built also the house of the forest of Lebanon; it was 150 feet long, 75 feet wide, and 45 feet high, on four rows of cedar pillars, with cedar beams on the pillars. 3 It was covered with cedar above on the beams that lay on forty-five pillars, fifteen in a row. 4 And there were windows in three rows, and light was facing light in three rows. 5 All the doors and posts were square, with the windows: light was facing light in three rows. 6 And he made a hall of pillars; it was 75 feet long and 45 feet wide: and the porch was in front, covered by a canopy supported by pillars.

God will judge all men

7 Then he made the hall of the throne to judge, the hall of judgment: it was covered with cedar from one side of the floor to the other.

8 And his house where he dwelt had another court inside the porch which was of the same work. Solomon also made a house for Pharaoh’s daughter, whom he had taken as a wife, like this hall. 9 All these were of costly stones, according to the measures of cut stones, sawn with saws, inside and out, from the foundation to the roof, and also on the outside toward the great court. 10 The foundation was of costly stones, great stones, stones of fifteen feet, and stones of twelve feet. 11 These were costly stones, according to the measures of cut stones, and cedars. 12 And the great court round about was with three rows of cut stones, and a row of cedar beams, both for the inner court of the house of the LORD, and for the porch of the house.

13 And king Solomon sent and brought Hiram out of Tyre. 14 He was a widow’s son of the tribe of Naphtali, and his father was a man of Tyre, a worker in brass: he was filled with wisdom, and understanding, and skilled to work all works of brass. And he came to king Solomon, and did all his work. 15 He cast two pillars of brass, each 27 feet high and 18 feet in circumference. 16 And he made two capitals of molten brass to set on the tops of the pillars: the height of the one capital was 7 1/2 feet, and the height of the other capital was 7 1/2 feet: 17 Each capital was decorated with seven sets of latticework and interwoven chains. 18 He also made two rows of pomegranates that encircled the latticework to decorate the capitals over each pillars. 19 The capitals on the columns inside the foyer were shaped like lilies, and they were 6 feet tall. 20 Each capital on the two pillars had two hundred pomegranates in two rows around them, beside the rounded surface next to the latticework. 21 And he set up the pillars in the porch of the temple: he set up the right pillar, and called its name Jachin: and he set up the left pillar, and called its name Boaz. 22 And lily work was on the top of the pillars: so the work of the pillars was finished.

27 And he made ten bases of brass; each was 6 feet long, 6 feet wide and 4 1/2 feet tall. 28 The work of the bases was this way: they had side panels braced with crossbars: 29 And on the panels between the crossbars were lions, oxen, and cherubims: and on the panels was a base above: and beneath the lions and oxen were wreath decorations. 30 Every base had four brass wheels and axles of brass: with supports in each of its four corners: under the basin were cast supports, at the sides of each, wreaths. 31 The top of each cart had a circular frame for the basin 1 1/2 feet above the cart like around pedestal, 2 1/4 feet: and on its mouth were carvings of wreaths. Their panels were square, not round. 32 Under the panels were four wheels that connected to axles that had been cast as one unit with the cart. The wheels were 2 1/4 feet in diameter, 33 and were similar to chariot wheels. The axles, spokes, rims, and hubs were all cast from molten bronze:

48 Solomon made all the vessels that belonged to the house of the LORD: the altar of gold, the table of gold where the showbread was, 49 and the candlesticks of pure gold, five on the right side, and five on the left, before the holy of holies, with the flowers, the lamps, and the tongs of gold, 50 the bowls, the snuffers, the basins, the spoons, and the ash pans of pure gold; the hinges of gold, both for the doors of the inner house, the most holy place, and for the doors of the house, that is, of the temple. 51 So all the work that king Solomon made for the house of the LORD was completed. And Solomon brought in the sanctified things of his father David; the silver, and the gold, and the vessels, he put them among the treasures of the house of the LORD.