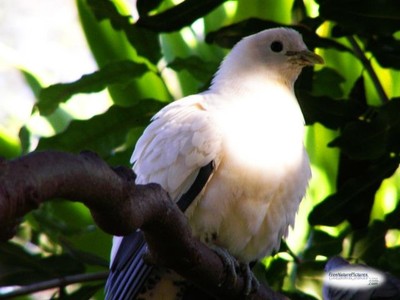 1 Then Nahash the Ammonite came up and camped against Jabesh-gilead: and all the men of Jabesh said to Nahash, Make a covenant with us, and we will serve you. 2 And Nahash the Ammonite answered them, I will make a covenant with you on this condition, that I may gouge out all your right eyes, and let this be a reproach on all Israel. 3 And the elders of Jabesh said to him, Give us seven days’ delay, to send messengers to all the borders of Israel: and then, if there is no man to save us, we will come out to you. 4 Then the messengers came to Gibeah of Saul, and told the news in the ears of the people: and all the people lifted up their voices, and wept. 5 And behold, Saul followed the herd out of the field; and Saul said, What’s wrong with the people that they weep? And they told him the news of the men of Jabesh.

6 And the Spirit of God came upon Saul when he heard this news, and his anger burned greatly. 7 And he took a yoke of oxen, chopped them in pieces, and sent them throughout all the coasts of Israel by the hands of messengers saying, Whoever does not come out after Saul and after Samuel, this will be done to his oxen. And the fear of the LORD fell on the people, and they came out as one man.

8 And when he numbered them in Bezek, the children of Israel were three hundred thousand, and the men of Judah thirty thousand. 9 And they said to the messengers that came, tell the men of Jabesh-gilead, Tomorrow, by that time the sun is hot, you will have help/deliverance. And the messengers came and told the men of Jabesh; and they rejoiced. 10 Therefore the men of Jabesh said, Tomorrow we will come out to you, and you will do with us all that seems good to you. 11 So the next day Saul put the people in three companies; and they came into the midst of the army in the morning watch and slaughtered the Ammonites until the heat of the day: and those that remained were scattered so that no two of them were left together. 12 And the people said to Samuel, Who is he that said, Will Saul reign over us? Bring the men, that we may put them to death. 13 And Saul said, Not a man will be put to death this day: for today the LORD has worked deliverance in Israel.

1 And Samuel said to all Israel, Behold, I have listened to your voice in all that you said to me, and have made a king reign over you. 2 And now, behold, the king walks before you: and I am old and gray-headed; and behold, my sons are with you: and I have walked before you from my childhood until this day. 3 Look, here I am: testify against me before the LORD, and before his anointed: whose ox have I taken? or whose ass have I taken? or whom have I defrauded? whom have I oppressed? or of whose hand have I received any bribe to blind my eyes with it? and I will restore it you.

The LORD is witness

4 And they said, You have not defrauded us, or oppressed us, neither have you taken anything of any man’s hand. 5 And he said to them, The LORD is witness against you, and his anointed is witness this day, that you have not found anything in my hand. And they answered, He is witness.

6  And Samuel said to the people, It is the LORD that made/advanced Moses and Aaron, and that brought your fathers up out of the land of Egypt. 7 Now therefore stand still, that I may reason with you before the LORD of all the righteous acts of the LORD, which he did to you and to your fathers. 8 When Jacob came into Egypt, and your fathers cried to the LORD, then the LORD sent Moses and Aaron, who brought your fathers out of Egypt, and made them dwell in this place. 9 And when they forgot the LORD their God, he sold them into the hand of Sisera, captain of the army of Hazor, and into the hand of the Philistines, and into the hand of the king of Moab, and they fought against them. 10 And they cried to the LORD and said, We have sinned because we have forsaken the LORD, and have served Baalim and Ashtaroth: but now deliver us out of the hand of our enemies, and we will serve you. 11 And the LORD sent Jerubbaal, and Bedan, and Jephthah, and Samuel, and delivered you out of the hand of your enemies on every side, and you dwelled safe.

12 And when you saw that Nahash the king of the children of Ammon came against you, you said to me, No; but a king will reign over us: when the LORD your God was your king. 13 Now therefore behold the king whom you have chosen, and whom you have desired! And behold, the LORD has set a king over you. 14 If you will fear the LORD, and serve him, and obey his voice, and not rebel against the commandment of the LORD, then both you and also the king that reigns over you will continue following the LORD your God:

His hand is against the disobedient

15 But if you will not obey the voice of the LORD, but rebel against the commandment of the LORD, then the hand of the LORD will be against you, as it was against your fathers. 16 Now therefore stand and see this great thing, which the LORD will do before your eyes. 17 Is it not wheat harvest today? I will call to the LORD, and he will send thunder and rain; that you may perceive and see that your wickedness is great, which you have done in the sight of the LORD, in asking you a king. 18 So Samuel called to the LORD; and the LORD sent thunder and rain that day: and all the people greatly feared the LORD and Samuel.

19 And all the people said to Samuel, Pray for your servants to the LORD your God, that we die not: for we have added this evil to all our sins, to ask for a king. 20 And Samuel said to the people, Do not fear: you have done all this wickedness: yet do not turn aside from following the LORD, but serve the LORD with all your heart; 21 Do not turn aside: for then you would go after worthless things which cannot profit or deliver; for they are worthless. 22 For the LORD will not forsake his people for his great name’s sake: because it has pleased the LORD to make you his people. 23 Moreover as for me, God forbid that I should sin against the LORD in ceasing to pray for you: but I will teach you the good and the right way: 24 Only fear the LORD, and serve him in truth with all your heart: consider what great things he has done for you. 25 But if you still do wickedly, you will be consumed, both you and your king.

1 Saul reigned one year; and when he had reigned two years over Israel, 2 Saul chose three thousand men of Israel; two thousand of them were with Saul in Michmash and in mount Bethel, and a thousand were with Jonathan in Gibeah of Benjamin: and he had sent the rest of the people away, every man to his tent. 3 And Jonathan struck the garrison of the Philistines that was in Geba, and the Philistines heard of it. And Saul blew the trumpet throughout all the land saying, Let the Hebrews hear. 4 And all Israel heard that Saul had struck down a garrison of the Philistines, and that Israel was an abomination to the Philistines. And the people were called together after Saul to Gilgal. 5 And the Philistines gathered themselves together to fight with Israel, thirty thousand chariots, six thousand horsemen, and a multitude of people as numerous the sand on the sea shore: they came up and camped in Michmash, eastward from Beth-aven.

6 When the men of Israel saw that they were in a desperate situation, the people were distressed; then the people hid themselves in caves, in thickets, in rocks, in high places, and in pits. 7 And some of the Hebrews went over Jordan to the land of Gad and Gilead. As for Saul, he was still in Gilgal, and all the people followed him trembling. 8 He waited seven days, according to the set time that Samuel had appointed: but Samuel did not come to Gilgal; and the people were scattered from him. 9 And Saul said, Bring a burnt offering here to me, and peace offerings. And he offered the burnt offering.

10 And it happened, as soon as he finished offering the burnt offering, behold, Samuel came; and Saul went out to meet him, that he might salute/bless him.

11 And Samuel said, What have you done? And Saul said, Because I saw that the people were scattered from me, and you did not come within the appointed days, and that the Philistines gathered themselves together at Michmash; 12 So I said, The Philistines will now come down on me to Gilgal, and I have not sought favor of the LORD: so I forced myself and offered a burnt offering.

The LORD sought a man after His own heart

15 And Samuel arose, and took himself up from Gilgal to Gibeah of Benjamin. And Saul numbered the people that were present with him, about six hundred men. 16 And Saul, and Jonathan his son, and the people that were present with them, remained in Gibeah of Benjamin: but the Philistines camped in Michmash. 17 And raiders came out of the camp of the Philistines in three companies: one company turned to the way that leads to Ophrah, to the land of Shual: 18 And another company turned the way to Beth-horon: and another company turned to the way of the border that looks toward the valley of Zeboim toward the wilderness.

19 Now there was no blacksmith found throughout all the land of Israel: for the Philistines said, So that the Hebrews cannot make themselves swords or spears: 20 But all the Israelites went down to the Philistines, every man to sharpen his plowshare, mattocks, axe, and blade. 21 The charge was 2/3 of a shekel for the plowshares, mattocks, the three-pronged, for the forks, for the axes, and to set the goads. 22 So it came to pass in the day of battle, that there was neither sword nor spear found in the hand of any of the people that were with Saul and Jonathan: only Saul and Jonathan his son had weapons. 23 And the garrison of the Philistines went out to the passage of Michmash.