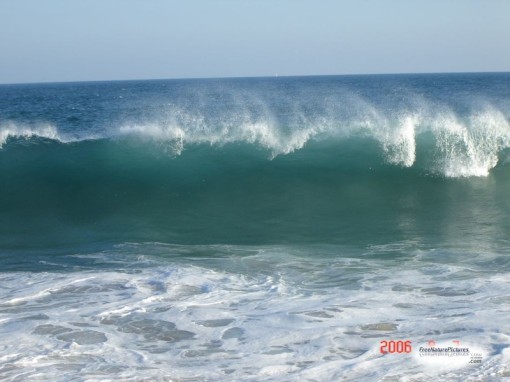 God struck Israel for her idolatry by the Philistines

1 And the word of Samuel came to all Israel. Now Israel went out against the Philistines to battle, and camped beside Eben-ezer: and the Philistines camped in Aphek. 2 And the Philistines put themselves in battle formation against Israel: and when they joined battle, Israel was struck down before the Philistines: and they killed about four thousand men of the army in the field. 3 And when the people came to the camp the elders of Israel said, Why has the LORD struck us down today before the Philistines? Let’s bring the ark of the covenant of the LORD out of Shiloh to us, so that when it comes among us it may save us out of the hand of our enemies.

9 Be strong, men, O Philistines, that you not become slaves to the Hebrews, as they have been to you: be men, fight. 10 And the Philistines fought, and Israel was struck down, and they fled every man to his tent:and there was a very great slaughter; thirty thousand of Israel’s infantry fell. 11 The ark of God was taken; and the two sons of Eli, Hophni and Phinehas, died. 12 And a man of Benjamin ran from the battle line, and came to Shiloh that same day with his clothes torn and dust on his head. 13 And when he came, behold, Eli sat on a seat by the road watching because his heart trembled for the ark of God. And when the man came into the city and told it, all the city cried out. 14 When Eli heard the noise of the crying he said, What does the noise of this uproar mean? And the man hurried and told Eli. 15 Now Eli was ninety-eight years old; his eyes were so dim that he could not see. 16 And the man said to Eli, I am one that came from the battle line, and I came today from the battle line. And he said, What happened there, my son?

17 And the messenger answered and said, Israel has fled before the Philistines. There has been a great slaughter among the people, and also your two sons, Hophni and Phinehas, are dead, and the ark of God is taken. 18 And when he mentioned of the ark of God, Eli fell off the seat backward by the side of the gate. His neck broke, and he died because he was an old man, and heavy. He had judged Israel forty years.

19 And his daughter in law, Phinehas’ wife, was with child, near to be delivered: and when she heard the news that the ark of God was taken, and that her father in law and her husband were dead, she bowed herself in labor; her pains came upon her. 20 And about the time of her death the women that stood by her said to her, Do not fear; for you have born a son. But she did not answer, nor did she regard it. 21 She named the child Ichabod/where is the glory, saying, The glory is departed from Israel: because the ark of God was taken, and because of her father in law and her husband. 22 And she said, The glory has departed from Israel: for the ark of God is taken.

God alone is worthy of worship

1 Andthe Philistines took the ark of God, and brought it from Eben-ezer to Ashdod. 2 When the Philistines took the ark of God, they brought it into the house of Dagon, and set it by Dagon. 3 And when those of Ashdod arose early the next day, behold, Dagon was fallen on his face to the earth before the ark of the LORD. So they took Dagon, and set him in his place again. 4 And when they arose early the next morning, behold, Dagon had fallen on his face to the ground before the ark of the LORD; and the head of Dagon and both the palms of his hands were cut off on the threshold; only the stump of Dagon was left to him. 5 Therefore neither the priests of Dagon, nor any that come into Dagon’s house, tread on the threshold of Dagon in Ashdod to this day.

9 And after they had carried it about, the hand of the LORD was against that city with a very great destruction: and he struck the men of the city, both small and great, and they had emerods in their secret parts. 10 Therefore they sent the ark of God to Ekron. And as the ark of God came to Ekron, that the Ekronites cried out, saying, They have brought the ark of the God of Israel to us to kill me and my people. 11 So they sent and gathered together all the lords of the Philistines, and said, Send away the ark of the God of Israel; let it return to his own place, so that it not kill me and my people: for there was a deadly destruction throughout all the city; the hand of God was very heavy there. 12 And the men that didn’t die were struck with the emerods: and the cry of the city went up to heaven.

3 And they said, If you send away the ark of the God of Israel, do not send it empty; but return to him a guilt offering: then you will be healed, and it will be known why his hand is not removed from you. 4 Then they said, What trespass offering are we to return to him? They answered, Five golden tumors, and five golden mice, according to the number of the lords of the Philistines: for one plague was on them all, and on your lords. 5 Therefore make images of your tumors, and images of your mice that mar the land; and give glory to the God of Israel: perhaps he will lighten his hand from off you, from off your gods, and from off your land.

The LORD does wonders

6 Why do you harden your hearts, as the Egyptians and Pharaoh hardened their hearts? When he gleaned among them, did they not let the people go, and they departed? 7 So make a new cart, and take two milk cows, on which no yoke has come, tie the cows to the cart, and bring their calves home from them: 8 Then take the ark of the LORD, lay it on the cart, put the jewels of gold, which you return to him for a trespass offering in a coffer by the side of it, and send it away, that it may go. 9 And watch. If it goes up by the way of his own coast to Beth-shemesh, then he has done this great evil to us: but if not, then we will know that it is not his hand that struck us; it was chance that happened to us. 10 So the men did this; they took two milk cows, tied them to the cart, and shut up their calves at home: 11 Then they laid the ark of the LORD on the cart, and the coffer with the mice of gold and the images of their tumors. 12 And the cows took the straight way to the road of Beth-shemesh. They went along the highway, lowing as they went, and did not turn aside to the right hand or to the left; the lords of the Philistines walked behind them to the border of Beth-shemesh. 13 Those of Beth-shemesh were reaping their wheat harvest in the valley: and they lifted up their eyes, saw the ark, and rejoiced to see it. 14 And the cart came into the field of Joshua, a Beth-shemite, and stood there by a great stone: so they split the wood of the cart, and offered the cows as a burnt offering to the LORD.

15 And the Levites took the ark of the LORD down, and the coffer that was with it with the jewels of gold, and put them on the great stone: and the men of Beth-shemesh offered burnt offerings and sacrificed sacrifices the same day to the LORD. 16 And when the five lords of the Philistines had seen it, they returned to Ekron the same day. 17 These are the golden tumors which the Philistines returned for a trespass offering to the LORD; one for Ashdod, one for Gaza, one for Askelon, one for Gath, and one for Ekron; 18 And the golden mice, according to the number of all the cities of the Philistines belonging to the five lords, both fenced cities, and country villages, to the great stone of Abel, on which they set down the ark of the LORD: which stone remains to this day in the field of Joshua, the Beth-shemite. 19 And he struck down the men of Beth-shemesh because they looked into the ark of the LORD; he struck 50,070 of the people: and the people lamented, because the LORD had struck many of the people with a great slaughter. 20 And the men of Beth-shemesh said, Who is able to stand before this holy LORD God? To whom will he go from us? 21 And they sent messengers to the inhabitants of Kirjath-jearim saying, The Philistines have returned the ark of the LORD; come and bring it up to you.

1 And the men of Kirjath-jearim came and took the ark of the LORD. They brought it to the house of Abinadab in the hill and sanctified Eleazar his son to keep/guard the ark of the LORD. 2 And the ark stayed in Kirjath-jearim a long time; it was twenty years: and all the house of Israel lamented after the LORD. 3 And Samuel spoke to all the house of Israel saying, If you return to the LORD with all your hearts, put away the strange gods and Ashtaroth from among you, prepare your hearts to the LORD, and serve only him, he will deliver you out of the hand of the Philistines. 4 Then the children of Israel put away Baalim and Ashtaroth, and served the LORD only.

5 And Samuel said, Gather all Israel to Mizpeh, and I will pray to the LORD for you. 6 So they gathered together to Mizpeh, drew water, poured it out before the LORD, and fasted on that day and said, We have sinned against the LORD. And Samuel judged the children of Israel in Mizpeh.

9 And Samuel took a sucking lamb, and offered it for a burnt offering wholly to the LORD: and Samuel cried to the LORD for Israel; and the LORD heard him.

10 And as Samuel was offering up the burnt offering, the Philistines drew near to battle against Israel: but the LORD thundered with a great thunder on that day on the Philistines, and defeated them; and they were struck down before Israel. 11 And the men of Israel went out of Mizpeh, pursued the Philistines, and struck them until they came under Beth-car. 12 Then Samuel took a stone, and set it between Mizpeh and Shen, and called the name of it Eben-ezer saying, The LORD helped us this far. 13 So the Philistines were subdued, and they didn’t come into the coast of Israel again: and the hand of the LORD was against the Philistines all the days of Samuel.

14 And the cities that the Philistines had taken from Israel were restored to Israel, from Ekron to Gath; and Israel delivered its borders out of the hands of the Philistines. And there was peace between Israel and the Amorites.