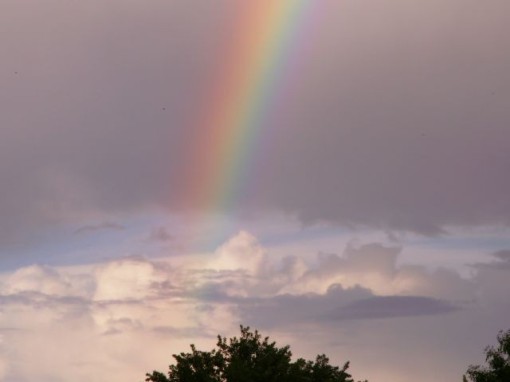 1 And after this David struck the Philistines, and subdued them: and David took the Metheg-ammah out of the hand of the Philistines. 2 Also he struck Moab, and measured them with a line, casting them down to the ground; two measured lines he to put to death, and one full line to keep alive. And so the Moabites became David’s servants, and brought gifts.

3 David also struck Hadadezer, the son of Rehob, king of Zobah, as he went to recover his border at the river Euphrates. 4 David took from him a thousand chariots, seven hundred horsemen, and twenty thousand footmen: and David hamstrung all the chariot horses, but reserved enough of them for a hundred chariots.

The Lord preserved David wherever he went

5 And when the Syrians of Damascus came to help Hadadezer king of Zobah, David killed of the Syrians twenty-two thousand men. 6 Then David put garrisons in Syria of Damascus: and the Syrians became servants to David, and brought gifts. And the LORD preserved David wherever he went. 7 And David took the shields of gold that were on the servants of Hadadezer, and brought them to Jerusalem.

8 From Betah, and from Berothai, cities of Hadadezer, king David took exceeding much bronze. 9 When Toi king of Hamath heard that David had struck all the host of Hadadezer, 10 then Toi sent Joram, his son, to king David to ask peace of him, and to bless him, because he had fought against Hadadezer, and struck him: for Hadadezer had wars with Toi. Joram brought with him articles of silver, articles of gold, and articles of bronze: 11 Which king David dedicated to the LORD, with the silver and gold that he had dedicated from all nations that he subdued;

12 From Syria, from Moab, from the children of Ammon, from the Philistines, and from Amalek, and of the spoil of Hadadezer, son of Rehob, king of Zobah. 13 And David made a name for himself when he returned from slaying the Syrians in the valley of salt, killing eighteen thousand men. 14 He put garrisons in Edom; throughout all Edom he put garrisons, and all those of Edom became David’s servants. And the LORD preserved David wherever he went.

15 And David reigned over all Israel; David executed judgment and justice to all his people. 16 And Joab the son of Zeruiah was over the army; Jehoshaphat the son of Ahilud was recorder; 17 Zadok the son of Ahitub, and Ahimelech the son of Abiathar, were the priests; Seraiah was the scribe; 18 Benaiah the son of Jehoiada was over both the Cherethites and the Pelethites; and David’s sons were chief rulers.

9 Then the king called to Ziba, Saul’s servant, and said to him, I have given to your lord’s son all that belonged to Saul and to all his house. 10 You are to till the land for him, you and your sons, and your servants, and bring in its fruits for the son of your lord’s food that he may eat: but Mephibosheth your lord’s son will eat food at my table continually. Now Ziba had fifteen sons and twenty servants. 11 Then Ziba said to the king, I will do all that my lord the king commands his servant. And from that time on, Mephibosheth ate regularly with David, as though he were one of his own sons. 12 And Mephibosheth had a young son, whose name was Mica. And all that dwelt in the house of Ziba were servants to Mephibosheth. 13 So Mephibosheth dwelt in Jerusalem: for he ate continually at the king’s table; and was lame on both his feet.

3 And the princes of the children of Ammon said to Hanun their lord, Is David David honoring your father in your eyes because he has sent you comforters? Hasn’t David sent his servants to you, to search the city, to spy it out, and to overthrow it? 4 So Hanun took David’s servants, shaved off the one half of their beards, cut off their garments in the middle, at their buttocks, and sent them away. 5 When they told David, he sent to meet them because the men were very humiliated: the king said, Stay at Jericho until your beards have grown, and then return. 6 And the sons of Ammon saw that they stunk before David, then the sons of Ammon sent and hired the Syrians of Beth-rehob, and the Syrians of Zoba, twenty thousand infantry, and of king Maacah a thousand men, and of Ish-tob twelve thousand men.

7 And when David heard of it, he sent Joab, and all the army of the mighty men. 8 The Ammonite troops drew up their battle lines at the entrance of the city gates, while the Arameans from Zobah and Rehob and the men from Tob and Maacah positioned themselves to fight in the open fields. 9 Joab saw that the front of the battle was against him in front and behind, and he chose of all the best men of Israel, and deployed them against the Syrians: 10 And the rest of the people he gave into the hand of Abishai his brother, so that he might position them against the children of Ammon. 11 And he said, If the Syrians are too strong for me, then you help me: but if the sons of Ammon are too strong for you, then I will come help you.

God does what seems good to him

12 Be strong, let us show ourselves courageous for our people, and for the cities of our God: and the LORD do what seems good to him. 13 And Joab drew near, and the people that were with him to the battle against the Syrians: and they fled before him. 14 And when the children of Ammon saw that the Syrians fled, then they also fled before Abishai, and entered into the city. So Joab returned from the children of Ammon, and came to Jerusalem.

15 And when the Syrians saw that they were struck down before Israel, they gathered themselves together. 16 Hadarezer sent, and brought out the Syrians that were beyond the river (Euphrates): and they came to Helam; and Shobach the captain of the army of Hadarezer went before them. 17 And when David was told it, he gathered all Israel together, crossed over Jordan, and came to Helam. And the Syrians positioned themselves against David, and fought with him. 18 And the Syrians fled before Israel; David killed from Syria seven hundred men in chariots, and forty thousand cavalry, and struck Shobach the captain of their army, who died there.

19 And when all the kings that were servants to Hadarezer saw that they were defeated before Israel, they made peace with Israel, and served them. So the Syrians were afraid to help the children of Ammon anymore.

1 And it happened, after the turn of the year, at the time when kings go out to battle, that David sent Joab, his servants with him, and all Israel; they destroyed the children of Ammon, and besieged Rabbah. But David remained at Jerusalem. 2 When evening came, David got up off his bed and walked on the roof of the king’s house: and from the roof he saw a woman bathing; the woman was very beautiful. 3 And David sent and asked about the woman. And one said, Is not this Bath-sheba, the daughter of Eliam, the wife of Uriah the Hittite? 4 And David sent messengers, and took her; and she came in unto him, and he lay with her; for she purified herself from her uncleanness: and she returned to her house.

5 And the woman conceived, and sent telling David, I am pregnant. 6 And David sent to Joab saying, Send me Uriah the Hittite. And Joab sent Uriah to David. 7 And when Uriah came to him, David asked about the welfare of Joab, and the welfare of the people, and the success of the war. 8 And David said to Uriah, Go down to your house, and wash your feet. And Uriah left the king’s house, and a gift (meal) from the king went after him. 9 But Uriah lay at the door of the king’s house with all the servants of his lord, and did not go down to his house. 10 And they had told David saying, Uriah did not go down to his house, David said to Uriah, have you not come from a journey? Why did you not go down to your house?

11 And Uriah said to David, The ark, Israel, and Judah are staying in tents; my lord Joab, and the servants of my lord are camping in the open fields; Shall I then go to my house, to eat and to drink, and to lie with my wife? By your life, and the life of our soul, I will not do this thing.

12 And David said to Uriah, Stay here today also, and tomorrow I will send you away. So Uriah remained in Jerusalem that day, and the next. 13 And when David had called him, he ate and drank before him; and he made him drunk: and at evening he went out to lie on his bed with the servants of his lord, but did not go down to his house.

14 And in the morning David wrote a letter to Joab, and sent it by the hand of Uriah. 15 And he wrote in the letter saying, Set Uriah at the front of the strongest fighting, and withdraw from him so that he is struck down, and dies. 16 And it happened, when Joab observed the city, he assigned Uriah to a place where he knew that the stongest men were. 17 And the men of the city went out and fought with Joab: and some of the people of the servants of David fell; and Uriah the Hittite died also.

18 Then Joab sent and told David all the things concerning the war; 19 And charged the messenger saying, When you have finished telling the events of the war to the king, 20 if the king’s fury rises, and he says to you, Why did you go so near the city to fight? Did you not know that they would shoot from the wall? 21 Who struck Abimelech the son of Jerubbesheth? Did not a woman cast a piece of a millstone on him from the wall so that he died in Thebez? Why did you go so near the wall? Then you say, Your servant Uriah the Hittite is dead also. 22 So the messenger went, and came and told David all that Joab had sent him. 23 And the messenger said to David, Surely the men prevailed over us, and came out to us in the field, and we were upon them to the entrance of the gate. 24 And the archers shot at your servants from off the wall; and some of the king’s servants are dead, and your servant Uriah the Hittite is dead also. 25 Then David said to the messenger, Say this to Joab, Do not let this thing be evil in your eyes, for the sword devours one as well as another: make your battle stronger against the city, and overthrow it: and strengthen him. 26 And when the wife of Uriah heard that Uriah her husband was dead, she mourned for her husband. 27 And when the mourning was past, David sent and brought her to his house, and she became his wife, and bore him a son. But the thing that David had done was evil in the eyes of the LORD.