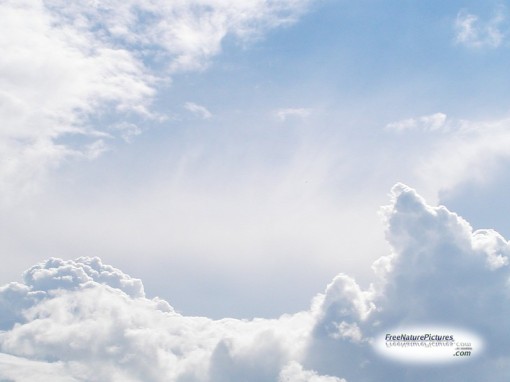 God is able to deliver

7 Therefore at that time, when all the people heard the sound of the cornet, flute, harp, sackbut, psaltery, and all kinds of music, all the people, the nations, and the languages, fell down and worshipped the golden image that King Nebuchadnezzar had set up. 8 At that time certain Chaldeans came near and accused the Jews. 9 They spoke and said to the king Nebuchadnezzar, O king, live forever. 10 You, O king, have made a decree, that every man that hears the sound of the cornet, flute, harp, sackbut, psaltery, dulcimer, and all kinds of music, is to fall down and worship the golden image: 11 And whoever does not fall down and worship, that he would be cast into the midst of a burning fiery furnace. 12 There are certain Jews whom you have set over the affairs of the province of Babylon, Shadrach, Meshach, and Abednego; these men, O king, have disregarded you: they do not serve your gods or worship the golden image that you have set up. 13 Then Nebuchadnezza, in his rage and fury, commanded to bring Shadrach, Meshach, and Abednego. So they brought these men before the king.

14 Nebuchadnezzar spoke and said to them, Is it true, O Shadrach, Meshach, and Abednego, you do not serve my gods or worship the golden image that I have set up? 15 Now if you are ready, when you hear the sound of the cornet, flute, harp, sackbut, psaltery, dulcimer, and all kinds of music, you fall down and worship the image that I have made, good: but if you do not worship, you will be cast the very hour into the midst of a burning fiery furnace; who is that God that can deliver you out of my hands? 16 Shadrach, Meshach, and Abednego, answered and said to the king, O Nebuchadnezzar, we do not need to answer you in this matter. 17 If it is so, our God whom we serve is able to deliver us from the burning fiery furnace, and he will deliver us out of your hand, O king. 18 But if not, know this, O king, that we will not serve your gods or worship the golden image you have set up.

The Son of God was with them in the furnace

26 Then Nebuchadnezzar came near to the door of the burning fiery furnace, and spoke saying, Shadrach, Meshach, and Abednego, you servants of the most high God, come out and come here. Then Shadrach, Meshach, and Abednego, came out of the midst of the fire. 27 And the princes, governors, captains, and the king's counselors, being gathered together, saw these men on whose bodies the fire had no power, the hair of their head was not singed, neither were their coats changed nor had the smell of fire come on them.

The King of Heaven rules

1 King Nebuchadnezzar to all people, nations, and languages that dwell in all the earth: Peace be multiplied to you. 2 I thought it good to show the signs and wonders that the high God has done toward me. 3 How great are his signs! and how mighty are his wonders! His kingdom is an everlasting kingdom, and his dominion is from generation to generation. 4 I, Nebuchadnezzar, was at rest in my house, and flourishing in my palace: 5 I saw a dream that made me afraid, and the thoughts on my bed and the visions of my head troubled me. 6 So I made a decree to bring in all the wise men of Babylon before me to make known to me the interpretation of the dream. 7 Then the magicians, the astrologers, the Chaldeans, and the soothsayers came in and I told the dream to them; but they did not make known to me its interpretation. 8 But at last Daniel came in before me, whose name was Belteshazzar, according to the name of my god, and in whom is the spirit of the holy gods: and I told the dream to him, saying, 9 O Belteshazzar, master of the magicians, because I know that the spirit of the holy gods is in you, and no secret troubles you, tell me the visions of my dream that I have seen, and the interpretation of it.

10 These were the visions of my head on my bed; I saw, and behold, a tree in the midst of the earth, and its height was great. 11 The tree grew, and was strong, and its height reached to heaven, and its sight to the end of all the earth: 12 Its leaves were beautiful, its fruit abundant, and in it was food for all: the beasts of the field had shade under it, and the fowls of the heaven dwelt in its branches, and all flesh fed themselves from it.

God has holy ones watching us

13 I saw in the visions of my head on my bed, and behold, a watcher, a holy one came down from heaven; 14 He cried aloud and said this, Cut down the tree, cut off his branches, shake off his leaves, and scatter his fruit: let the beasts get away from under it, and the fowls from his branches: 15 But leave the stump of his roots in the earth with a band of iron and brass, in the tender grass of the field; let it be wet with the dew of heaven, and let his portion be with the beasts in the grass of the earth: 16 Let his heart be changed from man's, and let a beast's heart be given to him; and let seven times pass over him. 17 This matter is by the decree of the watchers, and the demand by the word of the holy ones: in order that the living may know that the most High rules in the kingdom of men, and gives it to whoever He will, and sets over it the basest of men. 18 I, king Nebuchadnezzar, have seen this dream. Now you, O Belteshazzer, declare its interpretation, for all the wise men of my kingdom are not able to make known to me the interpretation: but you are able, because the spirit of the holy gods is in you.

19 Then Daniel, whose name was Belteshazzar, was shocked for one hour, and his thoughts troubled him. The king spoke and said, Belteshazzar, don’t let the dream or its interpretation trouble you. Belteshazzar answered and said, My lord, the dream be to those that hate you, and its interpretation to your enemies. 20 The tree that you saw, which grew, and was strong, whose height reached unto the heaven, and could be seen by all the earth; 21 Whose leaves were beautiful, its fruit abundant, and in it was food for all; under which the beasts of the field dwelt, and on whose branches the fowls of the heaven had their habitation: 22 It is you, O king, that have grown and become strong: for your greatness has grown, and reaches to heaven, and your dominion to the end of the earth. 23 And whereas the king saw a watcher, a holy one, coming down from heaven, and saying, Cut the tree down, and destroy it; yet leave the stump of its roots in the earth with a band of iron and brass, in the tender grass of the field; let it be wet with the dew of heaven, and let his portion be with the beasts of the field, until seven times pass over him;

24 This is the interpretation, O king, and this is the decree of the most High, which has come upon my lord the king: 25 They will drive you from men and your dwelling will be with the beasts of the field. They will make you eat grass like oxen, they will wet you with the dew of heaven, and seven times will pass over you, until you know that the most High rules in the kingdom of men, and gives it to whoever he will. 26 And whereas they commanded to leave the stump of the tree roots; your kingdom will be secure to you, after you know that the heavens do rule. 27 Therefore, O king, let my counsel be acceptable to you; break away from your sins by doing righteousness, and from your iniquities by showing mercy to the poor; maybe there can be a prolonging of your prosperity. 28 All this came upon king Nebuchadnezzar. 29 At the end of twelve months he walked in the palace of the kingdom of Babylon. 30 The king spoke, and said, Is not this great Babylon that I have built for the house of the kingdom by the might of my power, and for the honor of my majesty?

31 While the word was in the king's mouth, a voice fell from heaven, saying, O king Nebuchadnezzar, to you it is spoken; The kingdom is departed from you. 32 And they will drive you from men, and your dwelling will be with the beasts of the field: they will make you eat grass as oxen, and seven times will pass over you, until you know that the most High rules in the kingdom of men, and gives it to whoever he will. 33 The same hour the thing was fulfilled on Nebuchadnezzar: he was driven from men, ate grass as oxen, and his body was wet with the dew of heaven, until his hair was grown like eagles' feathers, and his nails like birds' claws. 34 And at the end of the days I, Nebuchadnezzar, lifted up my eyes to heaven, and my understanding returned to me, and I blessed the most High, and I praised and honored him that lives forever, whose dominion is an everlasting dominion, and his kingdom is from generation to generation: 35 And all the inhabitants of the earth are counted as nothing: and he does according to his will in the army of heaven, and among the inhabitants of the earth: and none can stop his hand, or say to him, What are you doing?

36 At the same time my reason returned to me; and my majesty and splendor were restored to me for the glory of my kingdom; and my counselors and my lords sought me; and I was established in my kingdom, and excellent majesty was added to me. 37 Now I, Nebuchadnezzar, praise and extol and honor the King of heaven, all whose works are truth, and his ways judgment: and those that walk in pride he is able to humble.