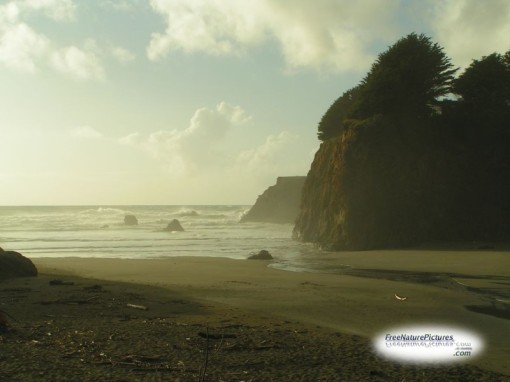 5 Suddenly the fingers of a man's hand came out, and wrote on the plaster of the wall opposite the lamp stand of the king's palace. The king saw the part of the hand that wrote. 6 Then the king's face turned pale with fear. His thoughts troubled him so that the joints of his loins were loosed, and his knees knocked together. 7 The king cried aloud to bring in the astrologers, the Chaldeans, and the soothsayers. And the king spoke, and said to the wise men of Babylon, Whoever reads this writing, and shows me its meaning will be clothed with scarlet, have a chain of gold around his neck, and will be the third ruler in the kingdom. 8 Then all the king's wise men came in: but they could not read the writing or show the king its interpretation. 9 Then king Belshazzar was greatly troubled. His face became ash white and his lords were astonished.

10 Now the queen entered the banquet hall because of the words of the king and his lords: and the queen spoke and said, O king, live forever: do not let your thoughts trouble you or let your countenance be changed: 11 There is a man in your kingdom, in whom is the spirit of the holy gods; and in the days of your father, light, understanding and wisdom like the wisdom of the gods, was found in him; whom the king Nebuchadnezzar your father, the king, I say, your father, made master of the magicians, astrologers, Chaldeans, and soothsayers; 12 For an excellent spirit, knowledge, understanding, interpreting of dreams, showing of hard sentences, and dissolving of doubts/knots, was found in the same Daniel, whom the king named Belteshazzar: now let Daniel be called, and he will show the interpretation. 13 Then Daniel was brought in before the king. And the king spoke to Daniel and said, Are you that Daniel of the children of the captivity of Judah, whom the king, my father, brought out of Jewry? 14 I have heard of you that the spirit of the gods is in you, and that light and understanding and excellent wisdom is found in you.

18 O king, the most high God gave Nebuchadnezzar, your father, a kingdom and majesty and glory and honor: 19 And for the majesty that he gave him, all people, nations, and languages, trembled and feared before him: whoever he wished, he killed; and whoever he wished, he kept alive; and whomever he wished he would honor; and whomever he wished to disgrace, he disgraced. 20 But when his heart was lifted up, and his mind hardened in pride, he was deposed from his kingly throne. They took his glory from him: 21 and he was driven from the sons of men; and his heart was made like the beasts, and his dwelling was with the wild asses: they fed him with grass like oxen, and his body was wet with the dew of heaven; until he knew that the most high God rules in the kingdom of men, and that he appoints over it whoever he will. 22 And you, his son, O Belshazzar, have not humbled your heart, though you knew all this; 23 But have lifted up yourself against the Lord of heaven; and they have brought the vessels of his house before you, and you, your lords, your wives, and your concubines, have drunk wine in them; and you have praised the gods of silver, of gold, of brass, of iron, wood, of and stone, which do not see, or hear, or know: and the God in whose hand your breath is, and whose are all your ways, have you not glorified.

24 Then the part of the hand was sent from him; and this writing was written. 25 And this is the writing that was written, MENE, MENE, TEKEL, UPHARSIN. 26 This is the interpretation of the thing: MENE; God has numbered your kingdom, and finished it. 27 TEKEL; You are weighed in the balances, and are found wanting. 28 PERES; Your kingdom is divided, and given to the Medes and Persians. 29 Then Belshazzar commanded, and they clothed Daniel with scarlet, put a chain of gold around his neck, and made a proclamation concerning him, that he would be the third ruler in the kingdom. 30 In that night Belshazzar, the king of the Chaldeans, was slain. 31 And Darius the Median took the kingdom, being about 62 years old.

The Living God is steadfast forever; His kingdom has no end

1 It pleased Darius to set over the kingdom 120 princes that would oversee the whole kingdom; 2 And over them three presidents; of whom Daniel was first: that the princes might give accounts to them, and the king would have no loss. 3 Then Daniel distinguished himself above the presidents and princes, because an excellent spirit was in him; and the king planned to set him over the whole realm. 4 Then the presidents and princes sought to find some fault against Daniel concerning the kingdom; but they could find no corruption or grounds for accusation because he was faithful, and no negligence or corruption was found in him. 5 Then these men said, We will not find any accusation against this Daniel, unless we find it against him concerning the law of his God.

6 Then these presidents and princes gathered tumultuously to the king, and said this to him, King Darius, live forever. 7 All the presidents of the kingdom, the governors, the princes, the counselors, and the captains, have consulted together to establish a royal statute, and to make a firm decree, that whoever asks a petition of any God or man for thirty days except you, O king, will be cast into the den of lions. 8 Now, O king, establish the decree, and sign the writing, that it not be changed, according to the law of the Medes and Persians, which may not be revoked. 9 Therefore king Darius signed the ban and the decree.

10 Now when Daniel knew that the ban was signed, he went into his house. His windows were open in his roof chamber toward Jerusalem, and he knelt on his knees three times a day and prayed and praised before God as he did before. 11 Then these men assembled, and found Daniel praying and making supplication before his God. 12 So they came near, and spoke before the king concerning the king's decree; Have you not signed a decree, that every man that asks a petition of any God or man within thirty days, except of you, O king, will be cast into the den of lions? The king answered and said, The thing is true, according to the law of the Medes and Persians that may not be revoked. 13 Then they answered and said to the king, Daniel, who is of the children of the captivity of Judah, does not regard you, O king, or the decree that you have signed, but makes his petition three times a day. 14 When the king heard this he was very displeased with himself, and set his heart on Daniel to deliver him: he worked until the going down of the sun to deliver him. 15 Then these men assembled unto the king and said to the king, Know, O king, that the law of the Medes and Persians is, That no decree or statute which the king establishes may be changed. 16 Then the king commanded, and they brought Daniel, and cast him into the den of lions. Now the king spoke and said to Daniel, Your God whom you serve continually, he will deliver you.

17 A stone was brought, and laid on the mouth of the den and the king sealed it with his own signet and with the signet of his lords so that the purpose might not be changed concerning Daniel. 18 Then the king went to his palace and passed the night fasting: instruments of music were not brought before him: and his sleep went from him. 19 Then the king arose very early in the morning and hurried to the den of lions. 20 And when he came to the den, he cried with a grieved voice to Daniel: and the king spoke and said to Daniel, O Daniel, servant of the living God, is your God, whom you serve continually, able to deliver you from the lions?

God sent His angel and shut the lions mouth

21 Then Daniel said to the king, O king, live forever. 22 My God has sent his angel, and has shut the lions' mouths so that they have not hurt me: for I was found innocent before him; and also before you, O king, I have done no crime. 23 Then the king was exceedingly glad for him, and commanded that they take Daniel up out of the den. So Daniel was taken up out of the den, and no kind of injury was found on him because he believed in his God.

24 And the king commanded, and they brought those men who had maliciously accused Daniel, and they cast them into the den of lions, them, their children, and their wives; and they had not reached the bottom of the den before the lions overpowered them and broke all their bones in pieces.

25 Then king Darius wrote to all people, nations, and languages, that dwell in all the earth; Peace be multiplied to you. 26 I make a decree, That in every dominion of my kingdom men tremble and fear before the God of Daniel: for he is the living God, and steadfast forever, and his kingdom that which will not be destroyed, and his rule will be to the end. 27 He delivers and rescues, and he works signs and wonders in heaven and in earth, who delivered Daniel from the power of the lions. 28 So this Daniel was made to prosper in the reign of Darius, and in the reign of Cyrus the Persian.