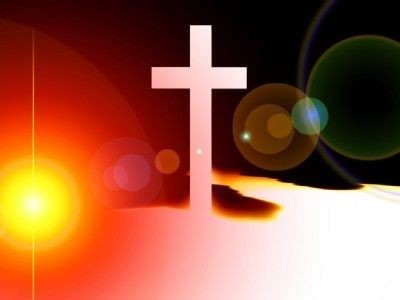 1 Three days later, Esther put on her royal robes and entered the inner court of the palace, just across from the king’s hall. The king was sitting on his royal throne, facing the entrance. 2 And when the king saw Esther the queen standing in the court, she obtained favor in his sight: and the king held out to Esther the golden scepter that was in his hand. So Esther drew near, and touched the top of the scepter.

3 Then the king said to her, What do you want, queen Esther? What is your request? It will be given to you even to the half of the kingdom. 4 And Esther answered, If it seems good to the king, let the king and Haman come today to the banquet that I have prepared for him.

5 Then the king said, Cause Haman to hurry that he may do as Esther has said. So the king and Haman came to the banquet that Esther had prepared. 6 And the king said to Esther at the banquet of wine, What is your petition? And it will be granted you: And what is your request? Even to the half of the kingdom it will be done. 7 Then Esther answered and said, My petition and my request is; 8 If I have found favor in the sight of the king, and if it pleases the king to grant my petition, and to perform my request, let the king and Haman come to the banquet that I will prepare for them, and I will do tomorrow as the king has said.

9 Then Haman went out that day joyful and with a glad heart: but when Haman saw Mordecai in the king's gate, that he did not stand up, or move for him, he was filled with fury against Mordecai.

10 Nevertheless Haman restrained himself: and when he came home, he sent and called for his friends, and Zeresh his wife. 11 And Haman told them of the glory of his riches, and his many sons, and all the things in which the king had promoted him, and how he had advanced him above the princes and servants of the king. 12 Also Haman said, Yes, Esther the queen let no man come in with the king to the banquet that she had prepared, except me; and tomorrow I am invited to her also, with the king. 13 Yet all this avails me nothing, so long as I see Mordecai the Jew sitting at the king's gate. 14 Then his wife Zeresh, and all his friends said to him, Let a gallows be made, 75 feet high, and speak to the king tomorrow that Mordecai may be hanged on it: then go in merrily with the king to the banquet. And the thing pleased Haman; and he caused the gallows to be made.

1 That night the king could not sleep, so he ordered an attendant to bring the historical records of his kingdom so they could be read to him. 2 In those records he discovered an account of how Mordecai had exposed the plot of Bigthana and Teresh, two of the eunuchs who guarded the door to the king’s private quarters. They had plotted toassassinate the king. 3 And the king said, What honor and dignity has been done to Mordecai for this? The king's servants that ministered to him said, Nothing has been done for him. 4 Then the king said, Who is in the court? Now Haman had come into the outer court of the king's house, to ask the king to hang Mordecai on the gallows that he had prepared for him. 5 And the king's servants said to him, Behold, Haman stands in the court. And the king said, Let him come in. 6 So Haman came in. And the king said to him, What should be done for the man in whose honor the king delights? Now Haman thought in his heart, Who would the king delight to honor more than to me? 7 And Haman answered the king, For the man whom the king delights to honor, 8 Let the royal clothing be brought that the king wears, and the horse that the king rides on, and the royal crown which is set on his head: 9 And let this clothing and horse be delivered to the hand of one of the king's most noble princes, to array the man in whose honor the king delights, and bring him on horseback through the street of the city, and proclaim before him, This will be done to the man in whose honor the king delights.

10 Then the king said to Haman, Hurry, and take the clothing and the horse, as you have said, and do this to Mordecai the Jew that sits at the king's gate: let nothing fail of all that you have spoken. 11 Then took Haman the clothing and the horse, and arrayed Mordecai, and brought him on horseback through the street of the city, and proclaimed before him, This will be done to the man the king delights to honor. 12 And Mordecai returned to the king's gate. But Haman hurried to his house, mourning, and covering his head. 13 And Haman told his wife Zeresh and all his friends all that had happened him. Then his wise men and his wife Zeresh said to him, If Mordecai is of the seed of the Jews, before whom you have begun to fall, you will not prevail against him, but will certainly fall before him. 14 And while they were still talking with him, the king's eunuchs came, and hurried to bring Haman to the banquet that Esther had prepared.

1 So the king and Haman came to banquet with Esther the queen. 2 And the king asked Esther again on the second day at the banquet of wine, What is your petition, queen Esther? It will be granted you: What is your request? It will be done, even to the half of the kingdom.

3 Then Esther the queen answered and said, If I have found favor in your sight, O king, and if it pleases the king, let my life be given me at my petition, and my people at my request:

4 For we have been sold, I, and my people, for destruction, for murder, to be annihilated. If we had been sold for men slaves and women slaves, I would have kept silent, for the loss is not worth troubling the king. 5 Then king Ahasuerus answered and said to Esther the queen, Who is he, where is this one that filled his heart to do this? 6 And Esther said, A hateful man is this evil Haman. Then Haman was terrified before the king and the queen. 7 And the king got up in wrath from the banquet of wine and went into the palace garden: but Haman remained to beg for his life to Esther the queen; for he saw that evil was determined against him by the king. 8 When the king returned out of the palace garden into the place of the banquet of wine. Haman had fallen on the couch Esther was on. Then said the king, Will he force the queen also with me in the house? As the word went out of the king's mouth, they covered Haman's face. 9 And Harbonah, one of the eunuchs, said to the king, Behold, the gallows 75 feet high, which Haman had made for Mordecai, who had spoken good for the king, stands in the house of Haman. Then the king said, Hang him on it. 10 So they hanged Haman on the gallows that he had prepared for Mordecai. Then the king's wrath was pacified.