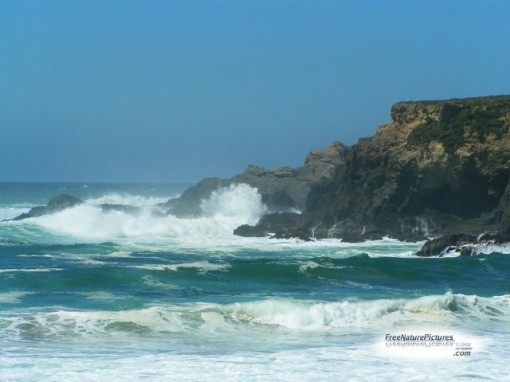 1 On that day king Ahasuerus gave the house of Haman, the Jews' enemy, to Esther the queen. And Mordecai came before the king; for Esther had told what he was to her. 2 And the king took off his ring, which he had taken from Haman, and gave it to Mordecai. And Esther set Mordecai over the house of Haman. 3 And Esther spoke to the king again, fell down at his feet, wept, and begged him to put away the evil of Haman the Agagite, and his plot that he had devised against the Jews.

4 Then the king held out the golden scepter to Esther. So Esther arose, and stood before the king, 5 and said, If it is good to the king, if I have found favor in his sight, and the thing is right before the king, and I am good in his eyes, let it be written to revoke the letters, the sly plan by Haman, the son of Hammedatha, the Agagite, that he wrote to destroy the Jews in all the king's provinces: 6 How can I bear to see the evil that will come on my people? How can I endure to see the destruction of my kindred?

9 Then the king's scribes were called at that time in the third month, that is, the month Sivan, on the 23rd day; and it was written according to all that Mordecai commanded to the Jews, to the lieutenants, to the deputies and rulers of the provinces that were from India to Ethiopia, 127 provinces, according to their language. 10 He wrote in king Ahasuerus' name, sealed it with the king's ring, sent letters by posts on horseback, and riders on mules, camels, and young dromedaries: 11 In which the king granted the Jews in every city to gather themselves together, to stand for their lives, to destroy, to kill, and to cause to perish, all the power of the people and province that would assault them, both little ones and women, and to take their plunder for a prize.

11 On one day in all the provinces of king Ahasuerus, that is, on the thirteenth day of the twelfth month, which is the month Adar. 13 The copy of the writing was published to all people for a commandment to be given in every province, for the Jews to be ready on that day to avenge themselves on their enemies. 14 So the couriers riding stallions and mules went out, being hurried and pressed on by the king's commandment. And the decree was given at Shushan the royal city.

15 Then Mordecai went out from the presence of the king in royal clothing of blue and white, and with a great crown of gold, and with a garment of fine linen and purple: and the city of Shushan rejoiced and was glad. 16 The Jews had light, gladness, joy, and honor. 17 And in every province, and in every city, wherever the king's commandment and his decree came, the Jews had joy and gladness, a feast and a good day. And many of the people of the land became Jews; for the fear of the Jews fell on them.

1 Now in the twelfth month, the month Adar, on the thirteenth day of the same, when the king's commandment and his decree drew near to be done, in the day that the enemies of the Jews hoped to have power over them, (though it was turned around so that the Jews ruled over them that hated them;) 2 The Jews gathered themselves together in their cities throughout all the provinces of the king Ahasuerus, to defend themselves against any that sought to harm them: and no man could withstand them; for the fear of them fell on all people.

3 And all the rulers of the provinces, the lieutenants, the deputies, and officers of the king, helped the Jews; because the fear of Mordecai fell on them. 4 For Mordecai was great in the king's house, and his fame went out throughout all the provinces: for this man Mordecai grew greater and greater. 5 So the Jews struck all their enemies with the stroke of the sword, with slaughter and destruction, they did what they would to those that hated them. 6 And in Shushan, the royal city, the Jews killed and destroyed five hundred men.7 And Parshandatha, Dalphon, Aspatha, 8 Poratha, Adalia, Aridatha, 9 Parmashta, Arisai, Aridai, and Vajezatha, 10 they killed the ten sons of Haman, the son of Hammedatha, the enemy of the Jews,; but they did not lay their hand on the plunder.

11 That day, the number that were killed in Shushan, the royal city, was brought before the king. 12 And the king said to Esther the queen, The Jews have killed and destroyed five hundred men in Shushan, the royal city, and the ten sons of Haman; what have they done in the rest of the king's provinces? Now what is your petition? And it will be granted to you: what more do you request? It shall be done.

13 Then Esther said, If it pleases the king, let it be granted to the Jews that are in Shushan, to do tomorrow what they did today, and let Haman's ten sons be hanged on the gallows. 14 And the king commanded it to be done: the decree was given at Shushan; and they hanged Haman's ten sons. 15 For the Jews that were in Shushan gathered themselves together also on the fourteenth day of the month Adar, and killed three hundred men at Shushan; but they did not lay their hand on the plunder. 16 But the other Jews that were in the king's provinces gathered themselves together, and stood for their lives, and had rest from their enemies, and killed 75,000 of their enemies but they did not lay their hand on the plunder,

God turns our mourning into dancing

23 And the Jews undertook to do as they had begun, as Mordecai had written to them; 24 Because Haman, the son of Hammedatha, the Agagite, the enemy of all the Jews, had devised against the Jews to destroy them, and had cast Pur, that is, the lot, to crush them, and to destroy them; 25 But when Esther came before the king, he commanded by letters that his wicked plot he devised against the Jews, be turned on his own head, and that he and his sons be hanged on the gallows.

26 So they called these days Purim, after the name Pur/lot. Therefore, because of all the words of this letter, what they had seen concerning this matter, and what had happened to them, 27 the Jews ordained, and took on them and on their seed, and on all that joined to them, not to fail to keep these two days according to their writing, according to their appointed time every year; 28 And that these days be remembered and kept throughout every generation, every family, every province, and every city; and that these days of Purim not fail from among the Jews, or their memorial of them perish from their seed. 29 Then Esther the queen, the daughter of Abihail, and Mordecai the Jew, wrote with all authority, to confirm this second letter of Purim. 30 And he sent the letters to all the Jews, to the 127 provinces of the kingdom of Ahasuerus, with words of peace and truth, 31 To establish these days of Purim in their times appointed, as Mordecai the Jew and Esther the queen had established for them, and as they had decreed for their souls and for their seed, the matters of the fastings and their cry. 32 And the decree of Esther established these customs of Purim; and it was written in the book.

1 And the king Ahasuerus laid a tribute on the land, and on the isles of the sea.

2 And all the acts of his power and of his might, and the declaration of the greatness of Mordecai, in which the king made him great, are they not written in the book of the chronicles of the kings of Media and Persia?

God seeks the best for His people

3 For Mordecai the Jew was next to king Ahasuerus, and great among the Jews, and accepted of the multitude of his brothers, seeking the wealth of his people, and speaking peace to all his seed.