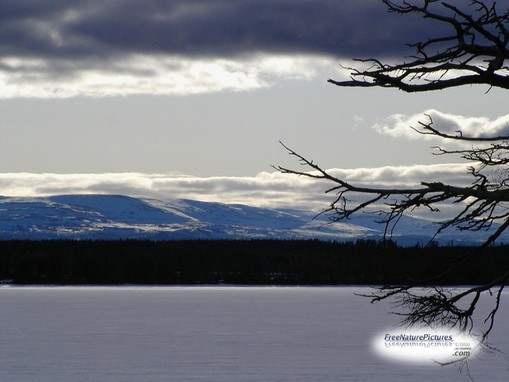 1 The LORD showed me, and behold, two baskets of figs were set before the temple of the LORD, after Nebuchadrezzar king of Babylon had carried away captive Jeconiah, the son of Jehoiakim, king of Judah, and the princes of Judah, with the carpenters and smiths, from Jerusalem, and had brought them to Babylon. 2 One basket had very good figs, like the first ripe figs: and the other basket had very bad figs, which could not be eaten, they were so bad. 3 Then the LORD said to me, What do you see, Jeremiah? And I said, Figs; the good figs, very good; and the bad, very bad, so bad they cannot be eaten. 4 Again the word of the LORD came to me, saying, 5 This is what the LORD, the God of Israel says; Like these good figs, so I will acknowledge those that are carried away captive from Judah, whom I have sent out of this place into the land of the Chaldeans for their good.

He will bring them back and build them up; He will give them a heart to know Him

8 And as the evil figs, which cannot be eaten, they are so evil; surely this is what the LORD says, So I will give Zedekiah the king of Judah, and his princes, and the residue of Jerusalem, that remain in this land, and them that dwell in the land of Egypt: 9 And I will deliver them to be removed into all the kingdoms of the earth for their hurt, to be a reproach and a proverb, a taunt and a curse, in all places where I drive them. 10 And I will send the sword, the famine, and the pestilence, among them, until they are consumed from off the land that I gave to them and to their fathers.

1 The word that came to Jeremiah concerning all the people of Judah, in the fourth year of Jehoiakim the son of Josiah, king of Judah (which was the first year of Nebuchadnezzar king of Babylon), 2 which Jeremiah the prophet spoke to all the people of Judah and to all the inhabitants of Jerusalem, saying: 3 From the thirteenth year of Josiah the son of Amon, king of Judah, even to this day, this is the twenty-third year in which the word of the LORD has come to me; and I have spoken to you, rising early and speaking, but you have not listened. 4 And the LORD has sent to you all His servants the prophets, rising early and sending them, but you have not listened or inclined your ear to hear. 5 They said, Repent now everyone of his evil way and his evil doings, and dwell in the land that the LORD has given to you and your fathers forever and ever.

God does not harm those who listen to Him

6 Do not go after other gods to serve them and worship them, and do not provoke me to anger with the works of your hands; and I will not harm you. 7 Yet you have not listened to me, says the LORD, that you might provoke me to anger with the works of your hands to your own hurt. 8 Therefore the LORD of hosts says this: Because you have not heard my words, 9 behold, I will send and take all the families of the north, says the LORD, and Nebuchadnezzar the king of Babylon, my servant, and will bring them against this land, against its inhabitants, and against these nations all around, and will utterly destroy them, and make them an astonishment, a hissing, and perpetual desolations.

10 Moreover I will take from them the voice of mirth and the voice of gladness, the voice of the bridegroom and the voice of the bride, the sound of the millstones and the light of the lamp. 11 And this whole land will be a desolation and an astonishment, and these nations will serve the king of Babylon seventy years. 12 Then when seventy years are completed, that I will punish the king of Babylon and that nation, the land of the Chaldeans, for their iniquity, says the LORD; and I will make it a perpetual desolation.13  I will bring on that land all my words that I have pronounced against it, all that is written in this book that Jeremiah has prophesied concerning all the nations.

God repays according to our ways

27 Therefore you say to them, This is what the Lord of hosts, the God of Israel says: Drink, be drunk, and vomit! Fall and rise no more, because of the sword that I will send among you. 28 And it will be, if they refuse to take the cup from your hand to drink, then you are to say to them, The LORD of hosts says: You will certainly drink! 29 For behold, I begin to bring disaster on the city that is called by my name, and should you go utterly unpunished? You will not go unpunished, for I will call for a sword on all the inhabitants of the earth, says the LORD of hosts.'

God has a lawsuit against the nations

30 Therefore prophesy against them all these words, and say to them: The LORD will roar from on high, and utter His voice from His holy habitation; he will roar mightily against His fold. He will give a shout, as those who tread the grapes, against all the inhabitants of the earth. 31 A noise will come to the ends of the earth for the LORD has a lawsuit with the nations; he will plead his case with all flesh. He will give those who are wicked to the sword,' says the LORD. 32 The Lord of hosts says this: Behold, disaster will go forth from nation to nation, and a great whirlwind will be raised up from the farthest parts of the earth. 33 And at that day the slain of the LORD will be from one end of the earth even to the other end of the earth. They will not be mourned, or gathered, or buried; they will become dung on the ground.

34 Wail, shepherds, and cry! Roll about in the ashes, you leaders of the flock! For the days of your slaughter and your dispersions are fulfilled; you will fall like a precious vessel. 35 And the shepherds will have no way to flee; nor the leaders of the flock to escape. 36 A voice of the cry of the shepherds, and a wailing of the leaders to the flock will be heard. For the Lord is destroying their pastures. 37 And the peaceful dwellings are cut down because of the fierce anger of the Lord. 38 He has left his lair like the lion; for their land is desolate because of the fierceness of the oppressor, and because of his fierce anger.

1 In the beginning of the reign of Jehoiakim, the son of Josiah, king of Judah, this word came from the LORD, saying, 2 The Lord says this; Stand in the court of the Lord's house, and speak to all the cities of Judah that come to worship in the Lord's house, speak to them all the words that I command you; do not diminish a word: 3 Perhaps they will listen and turn every man from his evil way so that I may repent of the evil that I purpose to do to them because of the evil of their doings.

God is diligent, not weary

4 Say to them, The Lord says this; If you will not listen to me, to walk in my law, which I have set before you, 5 To listen to the words of my servants the prophets, whom I sent to you, both rising up early, and sending them, but you have not listened; 6 Then I will make this house like Shiloh, and will make this city a curse to all the nations of the earth.

9 Why have you prophesied in the name of the LORD, saying, This house will be like Shiloh, and this city will be desolate without an inhabitant? And all the people were gathered against Jeremiah in the house of the LORD. 10 When the princes of Judah heard these things, then they came up from the king's house to the house of the LORD, and sat down in the entry of the new gate of the Lord's house.11 Then the priests and the prophets spoke to the princes and to all the people, saying, The judgment of death for this man; for he has prophesied against this city, as you have heard with your ears.

12 Then Jeremiah spoke to all the princes and to all the people, saying, The LORD sent me to prophesy against this house and against this city all the words that you have heard. 13 Therefore now amend your ways and your doings, and obey the voice of the LORD your God; and the LORD will repent him of the evil that he has pronounced against you.

God had sent a previous warning and prior example of repentance

14 As for me, behold, I am in your hand: do with me what seems good and fitting to you. 15 But know for certain, that if you put me to death, you will surely bring innocent blood on yourselves, on this city, and on its inhabitants: for it is true that the LORD has sent me to you to speak all these words in your ears. 16 Then the princes and all the people said to the priests and to the prophets; This man is not worthy of death: for he has spoken to us in the name of the LORD our God. 17 Then certain of the elders of the land rose up, and spoke to all the assembly of the people, saying, 18 Micah the Morasthite prophesied in the days of Hezekiah king of Judah, and spoke to all the people of Judah, saying, The Lord of hosts says this; Zion will be plowed like a field, and Jerusalem will become heaps, and the mountain of the house as the high places of a forest. 19 Did Hezekiah king of Judah and all Judah put him to death? Did he not fear the LORD, and seek the LORD, and the LORD turned away from the evil that he had pronounced against them? So, we are doing great evil against our souls. 20 And there was also a man that prophesied in the name of the LORD, Urijah the son of Shemaiah of Kirjath-je'arim, who prophesied against this city and against this land like all the words of Jeremiah: 21 And when Jehoiakim the king, with all his mighty men, and all the princes, heard his words, the king sought to put him to death: but when Urijah heard it, he was afraid, and fled, and went into Egypt; 22 And Jehoiakim the king sent men into Egypt, namely, Elnathan the son of Achbor, and certain men with him into Egypt. 23 And they brought Urijah out of Egypt, and brought him to Jehoiakim the king; who killed him with the sword, and cast his dead body into the graves of the common people. 24 Nevertheless, the hand of Ahikam, the son of Shaphan, was with Jeremiah, that they did not give him into the hand of the people to put him to death