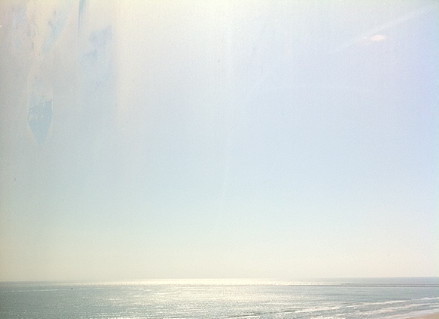 Jesus is the Great Shepherd and the Door to eternal life

1 Truth, I tell you the truth, He that does not enter by the door into the sheepfold, but climbs up some other way, the same is a thief and a robber. 2 But he that enters in by the door is the shepherd of the sheep. 3 The porter opens to him; and the sheep hear his voice: and he calls his own sheep by name, and leads them out. 4 And when he puts out his own sheep, he goes before them, and the sheep follow him: for they know his voice. 5 And they will not follow a stranger but will flee from him: for they do not know the voice of strangers. 6 Jesus spoke this parable to them: but they did not understand what he said to them.

7  Then Jesus said to them again, Truth, I tell you the truth, I am the door of the sheep. 8 All that came before me are thieves and robbers: but the sheep did not hear them. 9 I am the door: by me if any man enters in, he will be saved and will go in and out and find pasture. 10 The thief only comes to steal, to kill, and to destroy: I have come that they might have life, and that they might have it more abundantly. 11 I am the good shepherd: the good shepherd gives his life for the sheep. 12 But he that is a hired hand and not the shepherd, who does not own the sheep, sees the wolf coming and leaves the sheep and flees: and the wolf catches them and scatters the sheep. 13 The hireling flees because he is a hired hand and does not care for the sheep. 14 I am the good shepherd, and know my sheep, and am known of mine.

15 As the Father knows me, even so I know the Father: and I lay down my life for the sheep. 16 And I have other sheep that are not of this fold: I must bring them also, and they will hear my voice; and there will be one fold, and one shepherd. 17 Therefore my Father loves me, because I lay down my life, that I might take it again. 18 No man takes it from me, but I lay it down of myself. I have power to lay it down, and I have power to take it again. This commandment I received from my Father. 19 So a division occurred again among the Jews because of these sayings. 20 And many of them said, He has a demon and is insane; why do you hear him? 21 Others said, These are not the words of one demon-possessed. Can a demon open the eyes of the blind? 22 And it was at Jerusalem the feast of the dedication, and it was winter. 23 And Jesus walked in the temple in Solomon’s porch. 24 Then the Jews surrounded him and said to him, How long will you keep us in suspense? If you are the Christ, tell us plainly. 25 Jesus answered them, I told you, and you did not believe me: the works that I do in my Father’s name, they bear witness of me.

Our heavenly Father, the greatest of all, keeps us securely in His hand

26 But you do not believe because you are not my sheep, as I said to you. 27 My sheep hear my voice, and I know them, and they follow me: 28 And I give to them eternal life; and they will never perish, neither will any man pluck them out of my hand. 29 My Father, who gave them to me, is greater than all; and no man is able to pluck them out of my Father’s hand.

Jesus was and always is One with the Father

30 I and my Father are one. 31 Then the Jews took up stones again to stone him. 32 Jesus answered them, I have showed you many good works from my Father; for which of those works do you stone me? 33 The Jews answered him, saying, We do not stone you for a good work; but for blasphemy; because you, being a man, make yourself God. 34 Jesus answered them, Is it not written in your law, I said, You are gods? 35 If he called them gods, to whom the word of God came, and the scripture cannot be broken. 36 Do you say of him whom the Father has sanctified, and sent into the world, You blaspheme; because I said, I am the Son of God? 37 If I do not do the works of my Father, do not believe me.

38  But if I do, though you do not believe me, believe the works: that you may know, and believe, that the Father is in me, and I in him. 39 Therefore they tried again to seize/arrest him: but he escaped out of their hand, 40 And went away again beyond Jordan to the place where John at first baptized; and he stayed there. 41 And many came to him and said, John did no signs: but all things that John spoke of this man were true. 42 And many believed on him there.

1 Now a certain man was sick, named Lazarus of Bethany, the town of Mary and her sister Martha. 2 (It was that Mary who anointed the Lord with ointment, and wiped his feet with her hair whose brother Lazarus was sick.) 3 Therefore his sisters sent to him saying, Lord, look, he whom you love is sick. 4 When Jesus heard that he said, This sickness is not unto death, but for the glory of God, that the Son of God might be glorified by it 5 Now Jesus loved Martha, and her sister, and Lazarus.

6  So when he had heard that he was sick, he remained two days in the same place where he was. 7 Then after that he said to his disciples, Let us go into Judea again. 8 His disciples said to him, Master, the Jews recently sought to stone you; and you go there again? 9 Jesus answered, Are there not twelve hours in the day? If any man walks in the day, he does not stumble, because he sees the light of this world. 10 But if a man walks in the night, he stumbles, because the light is not in him. 11 He said these things: and after that he said to them, Our friend Lazarus sleeps; but I go, that I may awaken him out of sleep. 12 Then his disciples said, Lord, if he sleeps, he will be safe. 13 However Jesus spoke of his death: but they thought that he had spoken of resting in sleep. 14 Then Jesus said to them plainly, Lazarus is dead. 15 And I am glad for your sakes that I was not there so that you may believe; nevertheless let us go to him. 16 Then Thomas, called Didymus, said to his fellow disciples, Let us go also, that we may die with him. 17 Then, when Jesus came, he found that he had lain in the grave four days already. 18 Now Bethany was near Jerusalem, about 2 miles away: 19 And many of the Jews came to Martha and Mary to comfort them concerning their brother. 20 As soon as Martha heard that Jesus was coming she went and met him: but Mary sat in the house. 21 Then Martha said to Jesus, Lord, if you had been here, my brother would not have died. 22 But I know, that even now, whatever you ask of God, God will give it to you.

Jesus is the resurrection and the life

25  Jesus said to her, I am the resurrection, and the life: he that believes in me, though he were dead, yet he will live: 26 And whoever lives and believes in me will never die. Do you believe this?

27 She said to him, Yes, Lord: I believe that you are the Christ, the Son of God, who comes into the world. 28 When she had said this she went her way and called Mary her sister secretly saying, The Master has come and calls for you. 29 As soon as she heard that, she arose quickly and came to him. 30 Now Jesus had not yet come into the town, but was in that place where Martha met him. 31 When the Jews that were with her in the house comforting her saw Mary rise up quickly and go out, they followed her saying, She is going to the grave to weep there. 32 Then when Mary came where Jesus was and saw him, she fell down at his feet saying to him, Lord, if you had been here, my brother would not have died. 33 When Jesus saw her weeping, and the Jews also weeping that came with her, he groaned in the spirit, and he troubled himself.

34  And said, Where have you laid him? They said to him, Lord, come and see. 35 Jesus wept. 36 Then the Jews said, Behold how he loved him! 37 And some of them said, Couldn’t this man who opened the eyes of the blind have prevented this man’s death? 38 Jesus therefore, groaning again in himself, came to the grave. It was a cave, and a stone lay on it. 39 Jesus said, Take away the stone. Martha, the sister of the one that was dead, said to him, Lord, by this time he stinks: for he has been dead four days. 40 Jesus said to her, Did I not say to you that if you would believe, you would see the glory of God?

41  Then they took away the stone from the place where the dead one was laid. And Jesus lifted up his eyes and said, Father, I thank you that you have heard me. 42 I know that you always hear me: but because of the people that stand by I said it, that they may believe that you have sent me. 43 And when he had spoken this, he cried with a loud voice, Lazarus, come out. 44 And he that was dead came out, bound hand and foot with grave clothes: and his face was bound about with a napkin. Jesus said to them, Loose him and let him go. 45 Then many of the Jews who came to Mary and had seen the things that Jesus did, believed on him.

46  But some of them went away to the Pharisees, and told them what Jesus had done. 47 Then the chief priests and the Pharisees gathered a council and said, What will we do? For this man does many miracles. 48 If we let him alone, all men will believe on him: and the Romans will come and take away both our place and nation.

49 And one of them, named Caiaphas, being the high priest that same year, said to them, Do you know nothing at all, 50 nor consider that it is expedient for us, that one man should die for the people, and that the whole nation perish not. 51 And He spoke this not of himself: but being high priest that year, he prophesied that Jesus would die for that nation; 52 And not for that nation only, but that also he would gather together in one the children of God that were scattered abroad.

53 Then from that day on they plotted together to put him to death. 54 So Jesus no longer walked openly among the Jews; but went to a country near the wilderness to a city called Ephraim and continued there with his disciples. 55 And the Jews’ passover was near at hand: and many went out of the country up to Jerusalem before the passover to purify themselves. 56 Then they sought Jesus, and spoke among themselves as they stood in the temple, What do you think, that he will not come to the feast? 57 Now both the chief priests and the Pharisees had given a commandment that if any man knew where he was, he would show it so that they might seize/arrest him.