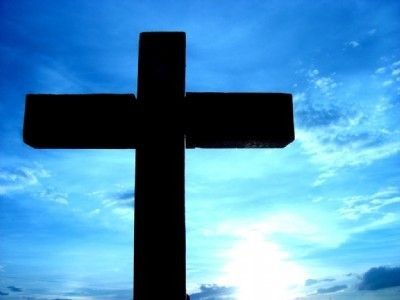 1 Now Jephthah the Gileadite was a mighty man of valor, and he was the son of a harlot: Gilead begat Jephthah. 2 And Gilead’s wife bare him sons; and when his wife’s sons grew up, they thrust out Jephthah and said to him, You will not inherit in our father’s house; for you are the son of another woman. 3 Then Jephthah fled from his brothers, and dwelt in the land of Tob: and worthless men gathered to Jephthah, and went out with him.

10 And the elders of Gilead said to Jephthah, The LORD is witness between us, if we do not do according to your words. 11 Then Jephthah went with the elders of Gilead, and the people made him head and captain over them: and Jephthah uttered all his words before the LORD in Mizpeh.

18 Then they went through the wilderness, and around the land of Edom, and the land of Moab, and came by the east side of the land of Moab, and camped on the other side of Arnon, but did not come within the border of Moab: for Arnon was the border of Moab. 19 And Israel sent messengers to Sihon king of the Amorites, the king of Heshbon; Israel said to him, Please let us pass through your land to our place. 20 But Sihon did not trust Israel to pass through his border: Sihon gathered all his people together, camped in Jahaz, and fought against Israel. 21 And the LORD God of Israel delivered Sihon and all his people into the hand of Israel, and they struck them down: so Israel possessed all the land of the Amorites, the inhabitants of that country. 22 And they possessed all the borders of the Amorites, from Arnon to Jabbok, and from the wilderness to Jordan.

The LORD is the Judge who Judges rightly

23 So now the LORD God of Israel has dispossessed the Amorites from before his people Israel, and should you possess it? 24 Will you not possess what Chemosh, your god, gives you to possess? So whoever the LORD our God will drive out from before us, we will possess them. 25 And now, are you any better than Balak the son of Zippor, king of Moab? Did he strive against Israel, did he fight against them, 26 while Israel dwelt in Heshbon and her towns, and in Aroer and her towns, and in all the cities along the coasts of Arnon, for three hundred years? Why did you not recover them within that time? 27 I have not sinned against you, but you do me wrong to war against me: the LORD, the Judge, is judge today between the children of Israel and the children of Ammon. 28 However the king of the children of Ammon did not listen the words of Jephthah that he sent him.

36 And she said to him, My father, if you have opened your mouth to the LORD, do to me according to what has proceeded out of your mouth; for the LORD has taken vengeance for you of your enemies, even of the children of Ammon.

37 And she said to her father, Let this thing be done for me: let me alone two months, that I may go up and down on the mountains, and lament my virginity, I and my companions. 38 And he said, Go. And he sent her away for two months: and she went with her companions, and bewailed her virginity on the mountains. 39 And at the end of two months she returned to her father, who did with her according to his vow which he had vowed: and she knew no man. And it was a custom in Israel, 40 That the daughters of Israel went yearly to lament the daughter of Jephthah the Gileadite four days in a year.

1 And the men of Ephraim gathered themselves together, went north, and said to Jephthah, Why did you cross over to fight against the children of Ammon, and did not call us to go with you? We will burn your house upon you with fire.

2 And Jephthah said to them, I and my people were at great strife with the children of Ammon; and when I called you, you did not deliver me out of their hands. 3 And when I saw that you did not deliver me, I put my life in my hands, and crossed over against the children of Ammon, and the LORD delivered them into my hand: so why have you come up to me this day, to fight against me? 4 Then Jephthah gathered together all the men of Gilead, and fought with Ephraim: and the men of Gilead struck Ephraim because they said, You Gileadites are fugitives of Ephraim among the Ephraimites, and among the Manassites.

1 And the children of Israel did evil again in the sight of the LORD; and the LORD delivered them into the hand of the Philistines forty years. 2 And there was a certain man of Zorah, from the family of the Danites, whose name was Manoah; his wife was barren, she bore no children. 3 And the angel of the LORD appeared to the woman and said to her, Look now, you are barren, and do not bear: but you will conceive and bear a son. 4 Now beware, I urge you, drink no wine or strong drink, and eat no unclean thing: 5 For, behold, you will conceive, and bear a son; no razor is to come on his head: for the child will be a Nazarite to God from the womb: he will begin to deliver Israel out of the hand of the Philistines.

6 Then the woman came and told her husband saying, A man of God came to me, and his appearance was like the appearance of an angel of God, very awesome: I did not ask him where he was from, and he did not tell me his name:

7 But he said to me, Behold, you will conceive, and bear a son; now drink no wine or strong drink, do not eat any unclean thing: for the child will be a Nazarite to God from the womb to the day of his death. 8 Then Manoah entreated the LORD and said, O my Lord, let the man of God that You sent come again to us, and teach us what we are to do to the child that will be born.

9 And God listened to the voice of Manoah; and the angel of God came again to the woman as she sat in the field: but Manoah her husband was not with her.

20 For it happened that, when the flame went up toward heaven from off the altar the angel of the LORD ascended in the flame of the altar. And Manoah and his wife looked on it, and fell on their faces to the ground. 21 But the angel of the LORD appeared no more to Manoah and to his wife. Then Manoah knew that he was the angel of the LORD. 22 And Manoah said to his wife, We will surely die, because we have seen God. 23 But his wife said to him, If the LORD were pleased to kill us, he would not have received a burnt offering and a gift at our hands, neither would he have showed us all these things, nor would have told us such things as these as at this time.

24 And the woman bore a son, and called his name Samson: and the child grew, and the LORD blessed him. 25 And the Spirit of the LORD began to move him at times in the camp of Dan between Zorah and Eshtaol.