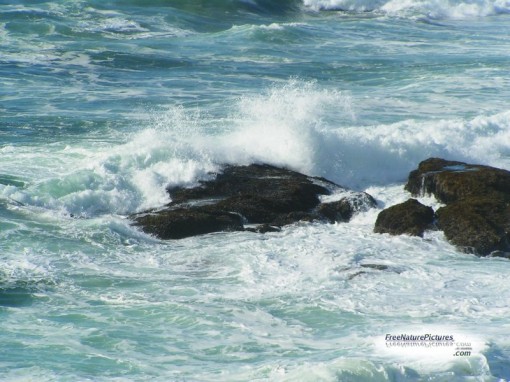 1 Then Jerubbaal, who is Gideon, and all the people that were with him, rose up early, and camped beside the well of Harod: so the army of the Midianites was on the north side of them, in the valley by the hill of Moreh. 2 And the LORD said to Gideon, The people that are with you are too many for me to give the Midianites into their hands, lest Israel boast themselves against me saying, My own hand has saved me.

3 Now go proclaim in the ears of the people saying, Whoever is afraid and trembling, let him return and leave early from mount Gilead. And 22,000 of the people returned; 10,000 remained.

8 So the people took provisions in their hand, and their trumpets: he sent away all the rest of Israel, every man to his tent, and retained those three hundred men: and the army of Midian was beneath him in the valley.

9 And that same night the LORD said to him, Get up, get down to the camp; for I have delivered it into your hand. 10 But if you are afraid to go down, go with Phurah your servant down to the camp: 11 and you will hear what they say; and afterward your hands will be strengthened to go down to the camp. Then went he down with Phurah, his servant, to the outside of the armed men that were in the camp. 12 And the Midianites and the Amalekites,all the children of the east, lay along in the valley like grasshoppers for multitude; and their camels were without number, as the sand by the seaside for multitude. 13 And when Gideon came, behold, there was a man who told a dream to his friend and said, Behold, I dreamed a dream, and look, a cake of barley bread tumbled into the camp of Midian, and came to a tent, and struck it so that it fell, and overturned it, that the tent lay flat. 14 And his fellow answered and said, This is nothing except the sword of Gideon the son of Joash, a man of Israel: for God has given Midian and all the army into his hand. 15 And when Gideon heard the telling of the dream, and its interpretation he worshipped, and returned to the camp of Israel and said, Get up; for the LORD has delivered the army of Midian into your hand.

16 And he divided the three hundred men into three companies, and he put a trumpet in every man’s hand, with empty pitchers, and torches inside the pitchers. 17 And he said to them, Watch me, and do the same: look, when I come to the outside of the camp, you do what I do. 18 When I blow with a trumpet, I and all that are with me, then you blow the trumpets also on every side of all the camp, and say, The sword of the LORD, and of Gideon.

19 So Gideon, and the hundred men that were with him, came to the outside of the camp in the beginning of the middle watch; they had just newly set the watch: and they blew the trumpets, and broke the pitchers that were in their hands. 20 And the three companies blew the trumpets, brake the pitchers, and held the lamps in their left hands, and the trumpets to blow in their right hands: and they cried, The sword of the LORD, and of Gideon. 21 And every man stood in his place around the camp: and all the army ran, and cried, and fled.

22 And the three hundred blew the trumpets, and the LORD set the sword of one man against another throughout all the army: and the army fled to Beth-shittah in Zererath, and to the border of Abel-meholah, to Tabbath. 23 And the men of Israel gathered themselves together out of Naphtali, out of Asher, and out of all Manasseh, and pursued after the Midianites. 24 And Gideon sent messengers throughout all mount Ephraim saying, Come down against the Midianites and seize the waters to Beth-barah and Jordan before them. Then all the men of Ephraim gathered themselves together, and took the waters to Beth-barah and Jordan. 25 And they took two princes of the Midianites, Oreb and Zeeb; and they killed Oreb on the rock Oreb, and they killed Zeeb at the winepress of Zeeb, and pursued Midian, and brought the heads of Oreb and Zeeb to Gideon on the other side of the Jordan.

1 The men of Ephraim said to him, What is this you have done to us, not calling us when you went to fight with the Midianites? And they debated sharply with him. 2 And he said to them, What have I done compared to you? Aren’t the gleaning of the grapes of Ephraim better than the vintage of Abi-ezer? 3 God has delivered the princes of Midian into your hands, Oreb and Zeeb: what was I able to do compared to you? Then their anger ceased toward him when he said that.

4 Then Gideon came to Jordan and crossed over, he and the three hundred men that were with him, faint, and still chasing them. 5 And he said to the men of Succoth, Please give us loaves of bread for the people that follow me; for they are faint, and I am chasing after Zebah and Zalmunna, kings of Midian. 6 And the princes of Succoth said, Are the hands of Zebah and Zalmunna now in your hand, that we should give food to your army?

God’s victory is by faith

7 And Gideon said, When the LORD has delivered Zebah and Zalmunna into my hand, then I will tear your flesh with the thorns of the wilderness and with briers. 8 And he went up from there to Penuel, and spoke similar things to them: and the men of Penuel answered him like the men of Succoth had answered him. 9 And he spoke to the men of Penuel also saying, When I come again in peace, I will break down this tower.

10 Now Zebah and Zalmunna were in Karkor with their armies, about 15,000 men, all that remained of all the armies of the children of the east: for 120,000 men that drew sword fell. 11 And Gideon went up by the way of those that dwelt in tents on the east side of Nobah and Jogbehah, and struck the army: for the army was secure. 12 And when Zebah and Zalmunna fled, he chased after them, and captured the two kings of Midian, Zebah and Zalmunna, and routed all the army.

17 And he beat down the tower of Penuel, and killed the men of the city. 18 Then he said to Zebah and Zalmunna, What kind of men were they whom you killed at Tabor? And they answered, They were like you; each one resembled the children of a king. 19 And he said, They were my brothers, the sons of my mother: as the LORD lives, if you had let them live, I would not kill you.

20 And he said to Jether his firstborn, Up, kill them. But the boy did not draw his sword: he was afraid, because he was still a boy. 21 Then Zebah and Zalmunna said, Get up and fall on us: as the man is, so is his strength. So Gideon rose up, and killed Zebah and Zalmunna, and took away the moon-like ornaments that were on their camels’ necks. 22 Then the men of Israel said to Gideon, Rule over us, you, your son, and your grandson also: for you have delivered us from the hand of Midian. 23 And Gideon said to them, I will not rule over you, neither will my son rule over you: the LORD will rule over you.

24 And Gideon said to them, I would desire a request from you; that every man of you give me the earrings from his plunder. (They had golden earrings, because they were Ishmaelites.) 25 And they answered, We will willingly give them. And they spread out a garment, and every man threw in it the earrings from his plunder. 26 The weight of the gold earrings that he requested was 1,700 shekels of gold; beside ornaments, collars, and purple clothing that was on the kings of Midian, and beside the chains that were about their camels’ necks. 27 And Gideon made an ephod from it, and put it in his city, in Ophrah: and all Israel went there whoring after it: this thing became a trap to Gideon, and to his house.

28 Through this Midian was subdued before the children of Israel, so that they no longer lifted up their heads. And the country rested in quietness forty years in the days of Gideon. 29 And Jerubbaal the son of Joash went and dwelt in his own house. 30 And Gideon had seventy sons born from his body: for he had many wives. 31 And his concubine that was in Shechem, she also bore him a son, whose name he called Abimelech. 32 And Gideon the son of Joash died in a good old age, and was buried in the tomb of Joash his father, in Ophrah of the Abi-ezrites. 33 And as soon as Gideon was dead the children of Israel turned again, and went whoring after Baalim, and made Baal-berith their god. 34 And the children of Israel did not remember the LORD their God, who had delivered them out of the hands of all their enemies on every side: 35 Neither did they show kindness to the house of Jerubbaal, that is, Gideon, according to all the goodness that he had showed to Israel.