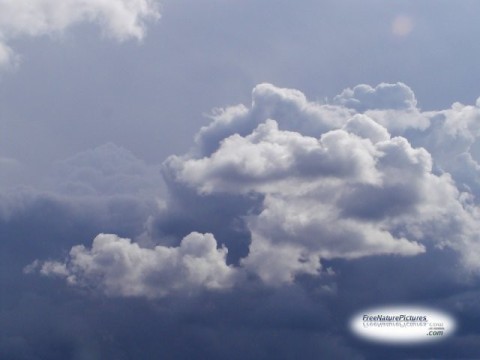 1 The wicked flee when no man pursues: but the righteous are bold as a lion. 2 For the transgression of a land many are its princes: but by a man of understanding and knowledge the state of it will be prolonged. 3 A poor man that oppresses the poor is like a sweeping rain that leaves no food.  4 They that forsake the law praise the wicked: but those that keep the law contend with them.

God gives His people to understand all things

5  Evil men do not understand justice: but they that seek the LORD understand all things.

6  Better is the poor that walks in his uprightness, than he that is perverse in his ways, though he is rich. 7 Whoever keeps the law is a wise son: but he that is a companion of riotous men/feeds gluttons shames his father. 8 He that by usury and unjust gain increases his substance, he will gather it for him that will pity the poor. 9 He that turns away his ear from hearing the law, even his prayer will be an abomination. 10 Whoever causes the righteous to go astray in an evil way, he himself will fall into his own pit: but the upright will possess good things.

11 The rich man is wise in his own conceit; but the poor that has understanding searches him out. 12 When righteous men rejoice, there is great glory: but when the wicked rise, a man is hidden/sought for. 13 He that covers his sins will not prosper: but whoever confesses and forsakes them will have mercy. 14 Happy is the man that fears always: but he that hardens his heart will fall into evil.

15 As a roaring lion, and a ranging bear; so is a wicked ruler over the poor people. 16 The leader that lacks understanding is also a great oppressor: but he that hates covetousness will prolong his days. 17 A man that does violence to the blood of any person will flee to the pit; let no man sustain him.

18  Whoever walks uprightly will be saved: but he that is perverse in his ways will fall at once. 19 He that tills his land will have plenty of bread: but he that follows after vain persons will have poverty enough. 20 A faithful man will abound with blessings: but he that hurries to be rich will not be innocent/unpunished. 21 To have respect of persons is not good: because for a piece of bread that man will transgress. 22 He that hurries to be rich has an evil eye, and does not consider that poverty will come upon him. 23 He that rebukes a man afterwards will find more favor than he that flatters with the tongue.

24 Whoever robs his father or his mother, and says, It is not transgression; the same is the companion of a destroyer. 25 He that is of a proud heart stirs up strife: but he that puts his trust in the LORD will be made fat. 26 He that trusts in his own heart is a fool: but whoever walks wisely, he will be delivered. 27 He that gives to the poor will not lack: but he that hides his eyes will have many a curse. 28 When the wicked rise, men hide themselves: but when they perish, the righteous increase.

1 He that being often reproved hardens his neck, will suddenly be destroyed without remedy. 2 When the righteous are in authority, the people rejoice: but when the wicked rule, the people groan. 3 Whoever loves wisdom rejoices his father: but he that keeps company with harlots wastes his substance. 4 The king by judgment establishes the land: but he that receives gifts overthrows it.

5  A man that flatters his neighbor spreads a net for his feet. 6 In the transgression of an evil man there is a snare: but the righteous sings and rejoices. 7 The righteous considers the cause of the poor: but the wicked does not discern knowledge. 8 Scornful men bring a city into a snare: but wise men turn away wrath. 9 If a wise man contends with a foolish man, whether he rage or laugh, there is no rest. 10 The bloodthirsty hate the upright: but the just seek his soul. 11 A fool utters all of his mind: but a wise man holding back quiets it.

The LORD enlightens our eyes

12  If a ruler listens to lies, all his servants are wicked. 13 The poor and the deceitful man/usurer meet together: the LORD enlightens both their eyes. 14 The king that faithfully judges the poor, his throne will be established forever. 15 The rod and reproof give wisdom: but a child left to himself brings his mother to shame.

16  When the wicked are multiplied, transgression increases: but the righteous will see their fall. 17 Correct your son, and he will give you rest; yes, he will give delight to your soul. 18 Where there is no vision, the people are exposed/naked: but he that keeps the law, happy is he. 19 A servant will not be corrected by words: for though he understands he will not answer. 20 Do you see a man that is hasty in his words/matters? There is more hope for a fool than for him. 21 He that pampers his servant from his youth will in the end find him to be his son.

22 An angry man stirs up strife, and a furious man abounds in transgression. 23 A man’s pride will bring him low: but honor will uphold the humble in spirit. 24 Whoever is partner with a thief hates his own soul: he hears cursing, but tells nothing.

The LORD sets on high those who trust in Him

1 The words of Agur the son of Jakeh, the prophecy: the man spoke to Ithiel, to Ithiel and Ucal, 2 Surely I am more stupid than any man, and do not have the understanding of a man. 3 I did not learn wisdom or know the knowledge of the Holy One. 4 Who has ascended up to heaven, or descended? Who has gathered the wind in his fists? Who has bound the waters in a garment? Who established all the ends of the earth? What is his name, and what is his son’s name, if you can tell?

God is a shield to those that trust Him

5  Every word of God is pure: he is a shield to them that put their trust in him. 6 Do not add to his words, lest he reprove you, and you be found a liar. 7 Two things I have required of you; do not deny me them before I die: 8 Remove vanity and lies far from me: give me neither poverty or riches; feed me with my allotted food: 9 Lest I be full, and deny you, and say, Who is the LORD? Or lest I be poor, and steal, and take the name of my God in vain.

15 The leech has two daughters, crying, Give, give. There are three things that are never satisfied, yes, four things that will not say, Enough: 16 The grave; and the barren womb; the earth that is not filled with water; and the fire that does not say, It is enough. 17 The eye that mocks at his father, and despises to obey his mother, the ravens of the valley will pick it out, and the young eagles will eat it. 18 There are three things which are too wonderful for me, yes, four things that I do not understand: 19 The way of an eagle in the air; the way of a serpent upon a rock; the way of a ship in the midst of the sea; and the way of a man with a maid.

20 This is the way of an adulterous woman; she eats, and wipes her mouth, and says, I have done no wickedness.

21 Under three things the earth is quakes, and under four it cannot bear up: 22 For a servant when he reigns; and a fool when he is filled with food; 23 For a unloved woman when she is married; and a handmaid that is heir to her mistress. 24 There are four things which are little on the earth, but they are exceeding wise: 25 The ants are a people not strong, yet they prepare their food in the summer; 26 The conies are but a feeble folk, yet make they their houses in the rocks; 27 The locusts have no king, yet go they forth all of them by bands; 28 The lizard you can take with your hands, and is in kings’ palaces. 29 There are three things that are stately in their march, yes, four are stately in their walk: 30 A lion that is strongest among beasts, and does not retreat before any; 31 A strutting rooster/greyhound; a he goat; and a king when his army is with him.

32 If you have done foolishly in lifting up yourself, or if you have thought evil, lay your hand on your mouth. 33 Surely the churning of milk brings forth butter, and the wringing of the nose brings forth blood: so the forcing of wrath brings forth strife.

1 The words of king Lemuel/one belonging to God, the prophecy that his mother taught him. 2 What, my son? And what, the son of my womb? And what, the son of my vows?  3 Do not give your strength to women or your ways to that which destroys kings. 4 It is not for kings, O one belonging to his God, it is not for kings to drink wine; or for princes strong drink: 5 Lest they drink, and forget the law, and pervert the judgment of any of the afflicted. 6 Give strong drink to him that is ready to perish, and wine to those whose life is bitter. 7 Let him drink, and forget his poverty, and remember his misery no more.

10 Who can find a virtuous woman? For her price is far above jewels /pearls/ rubies. 11 The heart of her husband safely trusts in her, that he will have no need of spoil. 12 She will do him good and not evil all the days of her life. 13 She seeks wool, and flax, and works willingly with her hands. 14 She is like the merchants’ ships; she brings her food from afar 15 She rises up while it is still night, and gives food to her household, and a portion to her maidens. 16 She considers a field, and buys it: with the fruit of her hands she plants a vineyard. 17 She wraps her loins with strength, and strengthens her arms. 18 She tastes/perceives that her merchandise is good: her candle does not go out by night. 19 She lays her hands to the spindle, and her hands hold the distaff.

20 She stretches out her hand to the poor; yes, she reaches out her hands to the needy. 21 She is not afraid of the snow for her household: for all her household are clothed with scarlet/double garments. 22 She makes herself coverings of tapestry; her clothing is silk and purple. 23 Her husband is known in the gates, when he sits among the elders of the land. 24 She makes fine linen, and sells it; and delivers girdles to the merchant. 25 Strength and honor are her clothing; and she will rejoice in time to come. 26 She opens her mouth with wisdom; and in her tongue is the law of kindness.

27 She looks well to the ways of her household, and does not eat the bread of idleness. 28 Her children rise up, and call her blessed; her husband also, and he praises her. 29 Many daughters have done virtuously, but you excel them all. 30 Favor is deceitful, and beauty is vain: but a woman that fears the LORD, she will be praised. 31 Give her of the fruit of her hands; and let her own works praise her in the gates.