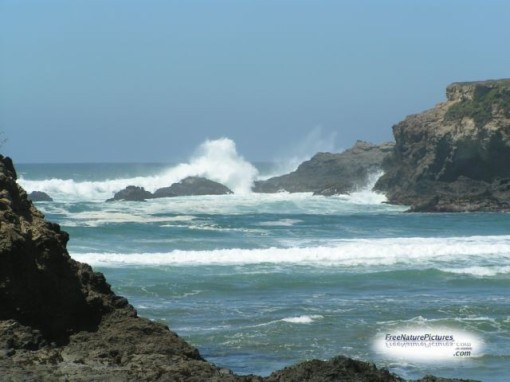 The Lord appeared in the cloud on the mercy seat

1 And the LORD spoke to Moses after the death of Aaron’s two sons, when they offered before the LORD, and died; 2 And the LORD said to Moses, Tell your brother Aaron your that he is not to come at all times into the holy place inside the veil before the mercy seat which is on the ark; so that he not die: for I will appear in the cloud on the mercy seat.

3 This is how Aaron is to enter the holy place: with a young bull for a sin offering and a ram for a burnt offering. 4 He will put on the holy linen coat, he will have the linen breeches on his flesh and will be girded with a linen sash, and he will be clothed with the linen turban; these are holy garments. He is to wash his flesh in water and then put them on. 5 And he is to take from the congregation of the children of Israel two kids of the goats for a sin offering, and one ram for a burnt offering. 6 And Aaron will offer his bull of the sin offering, which is for himself, and make an atonement for himself and for his house.

7 He is to take the two goats and present them before the LORD at the door of the tabernacle of the congregation. 8 And Aaron will cast lots on the two goats; one lot for the LORD, and the other lot for the scapegoat. 9 And Aaron is to bring the goat on which the LORD'S lot fell and offer him for a sin offering. 10 But the goat on which the lot fell to be the scapegoat, will be presented alive before the LORD to make an atonement with him, and to release for a scapegoat into the wilderness. 11 Aaron is to bring the bull of the sin offering which is for himself, and make an atonement for himself and for his house, and will kill the bull of the sin offering which is for himself: 12 He is to take a fire pan full of burning coals of fire from off the altar before the LORD, and his hands full of sweet incense beaten small, and bring it inside the veil: 13 He is to put the incense on the fire before the LORD so that the cloud of the incense may cover the mercy seat that is on the testimony, so that he not die.

14 He is to take of the blood of the bull and sprinkle it with his finger on the east side of the mercy seat; and he will sprinkle some of the blood with his finger seven times before the mercy seat. 15 Then he will kill the goat of the sin offering that is for the people, bring its blood inside the veil, and do the same with that blood that he did with the blood of the bull: sprinkle it on the mercy seat, and before the mercy seat: 16 And he will make an atonement for the holy place because of the uncleanness of the children of Israel, and because of their transgressions in all their sins: and he will do this for the tabernacle of the congregation that stays among them in the midst of their uncleanness.

17 No man is to be in the tabernacle of the congregation when he goes in to make an atonement in the holy place, until he comes out, and has made an atonement for himself, for his household, and for all the congregation of Israel. 18 And he will go out to the altar that is before the LORD, and make an atonement for it; and will take from the blood of the bull, and the blood of the goat, and put it on the horns of the altar round about. 19 And he will sprinkle some of the blood on it with his finger seven times, and cleanse it and purify it from the uncleanness of the children of Israel.

20 And when he has made an end of reconciling the holy place, the tabernacle of the congregation and the altar, he will bring the live goat: 21 And Aaron will lay both his hands on the head of the live goat, confess over him all the iniquities of the children of Israel, all their transgressions in all their sins, putting them on the head of the goat, and will send him away by the hand of a chosen man into the wilderness:

22 And the goat will bear on him all their iniquities unto a land separate: and he will release the goat in the wilderness. 23 And Aaron will come into the tabernacle of the congregation, take off the linen garments that he put on when he went into the holy place, and leave them there: 24 And he will wash his flesh with water in the holy place, put on his garments, come out and offer his burnt offering and the burnt offering of the people, and make an atonement for himself and for the people. 25 He is to burn the fat of the sin offering on the altar. 26 He that released the goat for the scapegoat will wash his clothes, bathe his flesh in water, and afterward come into the camp. 27 And the bull for the sin offering and the goat for the sin offering, whose blood was brought in to make atonement in the holy place, someone will one carry outside the camp; and they will burn their skins in the fire, their flesh, and their dung. 28 And he that burns them will wash his clothes, bathe his flesh in water, and afterward he will come into the camp.

29 And this will be a statute to you forever, that in the seventh month, on the tenth day of the month, you are to afflict your souls, and do no work at all, whether it is one of your own country, or a foreigner that stays among you: 30 For on that day the priest will make an atonement for you, to cleanse you, that you may be clean from all your sins before the LORD.

1 And the LORD spoke to Moses saying, 2 Speak to Aaron and his sons, to all the children of Israel and say to them; This is what the LORD has commanded saying, 3 Any man of the house of Israel that kills an ox, lamb, or goat in the camp, or that kills it outside of the camp, 4 and does not bring it to the door of the tabernacle of the congregation to offer an offering to the LORD before the tabernacle of the LORD; blood will be imputed to that man; he has shed blood; and that man will be cut off from his people: 5 To the end that the children of Israel may bring their sacrifices that they offer in the open field, that they may bring them to the LORD, to the door of the tabernacle of the congregation, to the priest, and offer them for peace offerings to the LORD.

6 And the priest will sprinkle the blood on the altar of the LORD at the door of the tabernacle of the congregation and burn the fat for a sweet fragrance to the LORD. 7 And they will no longer offer their sacrifices to devils, after whom they have gone whoring. This will be a statute to them forever throughout their generations. 8 You are to say to them, Any man of the house of Israel, or of the foreigners who stay among you that offers a burnt offering or sacrifice, 9 and does not bring it to the door of the tabernacle of the congregation to offer it to the LORD, that man will be cut off from his people.

15 And every soul that eats what has died of itself/a carcass, or what was torn by animals, whether it is one of your own country or a foreigner, he will wash his clothes, bathe himself in water, and be unclean until evening: then he will be clean. 16 But if he does not wash or bathe his flesh; then he will bear his iniquity.

God forbids all forms of incest

21 And you will not let any of your seed/children pass through the fire to Molech, neither will you profane the name of your God: I am the LORD. 22 You will not lie with mankind, as with womankind: it is abomination. 23 Neither will you lie with any beast to defile yourself with them: neither will any woman stand before a beast to lie down with it: it is a shameful mixing.

God dispossessed and destroyed nations for these practices

24 Do not defile yourselves by any of these things: for in all these the nations are defiled which I cast out before you: 25 And the land is defiled by this so I am visiting its evil upon it, and the land itself vomits out her inhabitants. 26 This is the reason you are to keep my statutes and my judgments, and not commit any of these abominations; anyone of your own nation or any foreigner that stays among you: 27 (For the men of the land that were before you have done all these abominations, and the land is defiled/foul). 28 So that the land will not vomit you out also, when you defile it, as it vomited out the nations that were before you. 29 For whoever commits any of these abominations, even the souls that commit them will be cut off from their people. 30 Therefore you are to keep my ordinance, so that you do not commit any one of these abominable customs, which were committed before you, and not defile yourselves in them: I am the LORD your God.