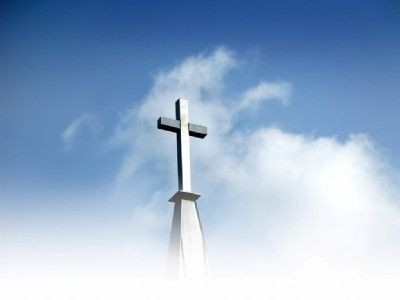 He has atoned for our sin

11 But if he is not able to bring two turtledoves or two young pigeons, then he that sinned is to bring for his offering a tenth of an ephah of fine flour for a sin offering; he is to put no oil on it, he is to put no frankincense on it: for it is a sin offering. 12 Then he will bring it to the priest, and the priest will take his handful of it, a memorial from it, and burn it on the altar according to the offerings made by fire to the LORD: it is a sin offering. 13 The priest will make atonement for him concerning his sin that he has sinned in one of these, and it will be forgiven him: and the remainder of it will be the priest's, as a food offering.

14 And the LORD spoke to Moses saying, 15 If a soul commit a trespass and sins through ignorance in the holy things of the LORD; then he is to bring for his trespass to the LORD a ram without blemish out of the flocks with your estimation by shekels of silver, according to the shekel of the sanctuary for a trespass offering: 16 And he is to make restitution for the harm that he has done in the holy thing, and will add the fifth part to it and give it to the priest: and the priest will make atonement for him with the ram of the trespass offering, and it will be forgiven him.

17 And if a soul sins and commits any of these things that are forbidden to be done by the commandments of the LORD; though he did not know it, he is still guilty and will bear his iniquity. 18 And he is to bring to the priest a ram without blemish from the flock with your estimation, for a trespass offering: and the priest will make atonement for him concerning his ignorance in which he erred and did not know it, and it will be forgiven him. 19 It is a trespass offering: he has certainly trespassed against the LORD.

1 And the LORD spoke to Moses saying, 2 If a soul sins and commits a trespass against the LORD, and lies to his neighbor in what was delivered him to keep, or in fellowship, or in a thing taken away by violence, or has deceived his neighbor; 3 Or has found what was lost and lies about it, and swears falsely; in any of all these that a man does, sinning in this: 4 Then it will be, because he has sinned and is guilty, that he is to restore what he took violently away, or the thing that he has gotten deceitfully, or what was delivered him to keep, or the lost thing that he found, 5 Or all that about which he has sworn falsely; he is to restore it in the principal, and add a fifth part more to it and give it to him to whom it belongs, in the day of his trespass offering. 6 He is to bring his trespass offering to the LORD, a ram without blemish from the flock with your estimation, for a trespass offering to the priest: 7 And the priest will make atonement for him before the LORD: and it will be forgiven him for anything of all that he has done in trespassing.

14 And this is the law of the grain/food offering: the sons of Aaron will offer it before the LORD, before the altar. 15 And he is to take a handful of the flour from the food offering and from its oil and all the frankincense that is on the grain offering and burn it on the altar for a sweet fragrance, a memorial of it to the LORD. 16 And Aaron and his sons will eat the remainder of it: it will be eaten with unleavened bread in the holy place; they are to eat it in the court of the tabernacle of the congregation. 17 It will not be baked with yeast. I have given it to them for their portion of my offerings made by fire; it is most holy, as is the sin offering and as the trespass offering. 18 All the males among the children of Aaron are to eat of it. It will be a statute forever in your generations concerning the offerings of the LORD made by fire: every one that touches them will be holy.

19 And the LORD spoke to Moses saying, 20 This is the offering of Aaron and of his sons that they are to offer to the LORD in the day when he is anointed; a tenth of an ephah of fine flour for a perpetual food offering, half of it in the morning, and half of it at night. 21 It will be made in a pan with oil; and when it is baked you are to bring it in: and you are to offer the baked pieces of the food offering for a sweet fragrance to the LORD. 22 And the priest who is anointed in his place, from his sons, is to offer it: it is a statute forever to the LORD; it is to be wholly burnt. 23 For every food offering for the priest will be wholly burnt: it is not to be eaten.

24 And the LORD spoke to Moses saying, 25 Speak to Aaron and to his sons saying, This is the law of the sin offering: In the place where the burnt offering is killed the sin offering is to be killed before the LORD: it ismost holy. 26 The priest that offers it for sin is to eat it: it will be eaten in the holy place, in the court of the tabernacle of the congregation. 27 Whatever touches its flesh will be holy: and when its blood is sprinkled on any garment, you are to wash that on which it was sprinkled in the holy place. 28 But the clay pot in which it is soaked is to be broken: and if it is soaked in a bronze pot, it is to be both scoured and rinsed in water. 29 Every male among the priests is to eat of it: it is most holy. 30 And no sin offering of which any of the blood is brought into the tabernacle of the congregation to reconcile it in the holy place, is to be eaten: it is to be burnt in the fire.

1 And this is the law of the guilt offering: it is most holy. 2 In the place where they kill the burnt offering they are to kill the guilt offering: and he is to sprinkle its blood around on the altar. 3 And he will offer all its fat, the rump, and the fat that covers the insides, 4 the two kidneys and the fat that is on them by the flanks and the midriff that is above the liver, by the kidneys, he is to take it out: 5 And the priest will burn them on the altar for an offering made by fire to the LORD: it is a guilt offering. 6 Every male among the priests is to eat of it: it will be eaten in the holy place: it is most holy.

7 The guilt offering is like the sin offering: there is one law for them: the priest that makes atonement with it will have it. 8 And the priest that offers any man's burnt offering, that priest is to have for himself the skin of the burnt offering which he has offered. 9 And all of the food offering that is baked in the oven, and all that is dressed in the fryingpan, and in the pan, will be the priest's that offers it. 10 And every food offering, mixed with oil and dry, all the sons of Aaron are to have, one as much as another.

16 But if the sacrifice of his offering is a vow, or a voluntary offering, it is to be eaten the same day that he offers his sacrifice: and on the next day the remainder of it can be eaten: 17 But on the third day the rest of the flesh of the sacrifice is to be burned with fire. 18 And if any of the flesh of the sacrifice of his peace offerings is eaten at all on the third day, it will not be accepted, nor will he be accepted that offered it: it will be an abomination, and the soul that eats of it will bear his iniquity.