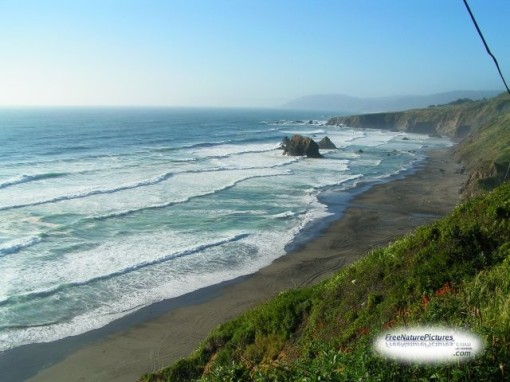 God called them to worship

1And he said to Moses, Come up to the LORD, you, Aaron, Nadab, Abihu, and seventy of the elders of Israel; and worship from far away. 2Only Moses will come near the LORD: but they will not come near; and the people will not go up with him. 3So Moses came and told the people all the words of the LORD, and all the judgments: and all the people answered with one voice and said, We will do all the words that the LORD has said. 4And Moses wrote all the words of the LORD, and rose up early in the morning, and built an altar under the hill, and twelve pillars, according to the twelve tribes of Israel.

5 And he sent young men of the children of Israel who offered burnt offerings and sacrificed peace offerings of oxen to the LORD. 6And Moses took half of the blood, and put it in basins; and half of the blood he sprinkled on the altar. 7And he took the book of the covenant, and read in the audience of the people: and they said, We will do all that the LORD has said, and be obedient. 8 And Moses took the blood, and sprinkled it on the people, and said, Behold the blood of the covenant, which the LORD has made with you concerning all these words.

God is awesome in beauty

9Then Moses went up, and Aaron, Nadab, Abihu, and seventy of the elders of Israel: 10And they saw the God of Israel: and under his feet a pavement of sapphire stone, as clear as the heavens. 11And he did not lay his hand on the nobles of the children of Israel: they saw God, and ate and drank.

The Lord appeared as a devouring fire

The LORD desires to live among His people

1Andthe LORD spoke to Moses saying, 2Speak to the children of Israel, that they bring me an offering: you will take my offering from every man that gives willingly with his heart. 3And this is the offering that you will take of them; gold, silver, brass, 4blue, purple, scarlet, fine linen, goats’ hair, 5rams’ skins dyed red, badgers’ skins, acacia wood, 6Oil for the light, spices for anointing oil, and for sweet incense, 7Onyx stones, and stones to be set in the ephod and in the breastplate. 8And let them make me a sanctuary so that I may dwell among them.

9You will make it according to all that I show you, the pattern of the tabernacle, and the pattern of all its instruments. 10They will make an ark of acacia wood: make it 3’ 9” long and 2’ 3” wide and 2’ 3” high. 11Overlay it with pure gold, inside and out; and make a crown of gold encircling it.

12Cast four rings of gold for it, and put them in its four corners; two rings on one side of it, and two rings on the other side. 13And make poles of acacia wood and overlay them with gold. 14And put the poles into the rings by the sides of the ark so that the ark may be carried with them. 15The poles will stay in the rings of the ark: they will not be taken from it. 16And you are to put the testimony that I give you into the ark. 17And make a mercy seat of pure gold: 3’9” long and 2’3” wide.

He communes with us

22And there I will meet with you, and I will commune with you from above the mercy seat, from between the two cherubim that are on the ark of the testimony about all things that I will give you in commandment unto the children of Israel.

23You will also make a table of acacia wood. Make it 3’ long and 1 ½ feet wide and 2 ¼ feet high. 24And overlay it with pure gold, and make a crown of gold encircling it. 25And make it a border a handbreadth wide all around, and you will make a golden crown to its border all around. 26And you will make four rings of gold for it, and put the rings in the four corners that are on its four feet. 27The rings will be near its border to house the poles to carry the table. 28Make poles of acacia wood and overlay them with gold so that the table may be carried with them. 29And you will make its dishes, its spoons, its covers, its bowls to cover them all: you will make them of pure gold. 30And you will set the table of showbread before me always.

1Moreover you are to make the tabernacle with ten curtains of finely twisted linen, blue, purple, and scarlet: make them with cherubim of skillful embroidery. 2Each curtain must be forty-two feet long and six feet wide. All ten curtains must be exactly the same size. 3Five curtains will be joined together to one another; and another five curtains will be joined to one another. 4And you will make loops of blue on the edge of one curtain from the selvedge in the joining; and in the same way you are to make in the outermost edge of another curtain, in the joining of the second. 5Make fifty loops in one curtain, and make fifty loops in the edge of the curtain that is joining the second so that the loops may take hold of one another. 6And you will make fifty clasps of gold, and join the curtains together with the clasps: and it will be one tabernacle.

7 Make heavy curtains of cloth from goat hair to cover the Tabernacle. There must be eleven of these sheets, 8each forty-five feet long and six feet wide. All eleven of these curtains must be exactly the same size. 9And you will join five curtains by themselves, and six curtains by themselves, and will double the sixth curtain in the front of the tabernacle. 10And make fifty loops on the edge of one curtain that is outermost in the joining, and fifty loops in the edge of the curtain that joins the second. 11And make fifty clasps of brass, and put the clasps into the loops, and join the tent together, that it may be one.

27And five bars for the boards of the other side of the tabernacle, and five bars for the boards of the side of the tabernacle, for the two sides westward. 28And the middle bar in the midst of the boards will reach from end to end. 29And you will overlay the boards with gold, and make their rings of gold for places for the bars: and you will overlay the bars with gold. 30And you will raise up the tabernacle according to its design that was shown you in the mountain. 31And you will make a veil of blue, purple, scarlet, and finely twisted linen of skillful work: it will be made with cherubim: 32And you will hang it on four pillars of acacia wood overlaid with gold: their hooks will be of gold, on the four sockets of silver. 33And you will hang up the veil under the clasps, that you may bring the ark of the testimony inside the veil: and the veil will divide for you between the holy place and the most holy.

34 And you will put the mercy seat on the ark of the testimony in the most holy place. 35And you will set the table outside the veil, and the candlestick opposite the table on the side of the tabernacle toward the south: and put the table on the north side. 36And make a hanging for the door of the tent of blue, purple, scarlet, and finely twisted linen, made with embroidery. 37And you will make five pillars of acacia wood for the hanging, and overlay them with gold, and their hooks will be of gold: and you will cast five sockets of brass for them.