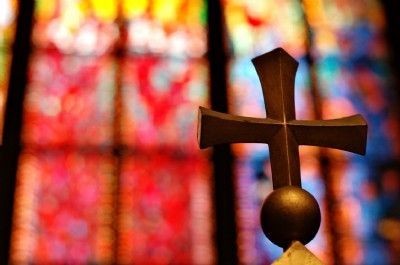 6 And they made onyx stones enclosed in settings of gold, engraved like signets are engraved, with the names of the children of Israel. 7 And he put them on the shoulders of the ephod to be stones for a memorial to the children of Israel: as the LORD commanded Moses. 8 He made the breastplate of skillful work, like the work of the ephod, of gold, blue, purple, scarlet, and fine linen. 9 It was square; they made the breastplate double: its length was a span and its width was a span, being doubled.

10 And they set in it four rows of stones: the first row was a sardius/ruby, a topaz, and a carbuncle: this was the first row. 11 And the second row, an emerald, a sapphire, and a diamond. 12 And the third row, a ligure, an agate, and an amethyst. 13 And the fourth row, a beryl, an onyx, and a jasper: they were enclosed in settings of gold. 14 And the stones were according to the names of the children of Israel, twelve, according to their names, like the engravings of a signet, every one with his name, according to the twelve tribes.

31 And they tied to it a lace of blue, to fasten it high on the turban; as the LORD commanded Moses. 32 So all the work of the tabernacle of the tent of the congregation was finished: and the children of Israel did according to all that the LORD commanded Moses, this they did. 33 And they brought the tabernacle to Moses, the tent, all his (God’s) furniture, its clasps, its boards, its bars, and its pillars, and its sockets, 34 And the covering of rams’ skins dyed red, the covering of badgers’ skins, and the veil of the covering, 35 The ark of the testimony, its poles, the mercy seat, 36 The table, all its utensils, and the showbread,

37 The pure candlestick with its lamps, even with the lamps to be set in order, and all its utensils and the oil for light, 38 And the golden altar, the anointing oil, the incense of sweet spices, the hanging for the tabernacle door, 39 The bronze altar, its grate of brass, its poles, and all its vessels, the basin and its stand, 40 The hangings of the court, its pillars, and its sockets, and the hanging for the court gate, its cords, and its pegs, and all the utensils for the service of the tabernacle, for the tent of the congregation, 41 The clothes of service to serve in the holy place, and the holy garments for Aaron the priest, and his sons’ garments, to minister in the priest’s office. 42 According to all that the LORD commanded Moses, so the children of Israel made all the work. 43 And Moses examined all the work, and behold, they had done it as the LORD had commanded, they did it: and Moses blessed them.

The Glory of the Lord filled His house