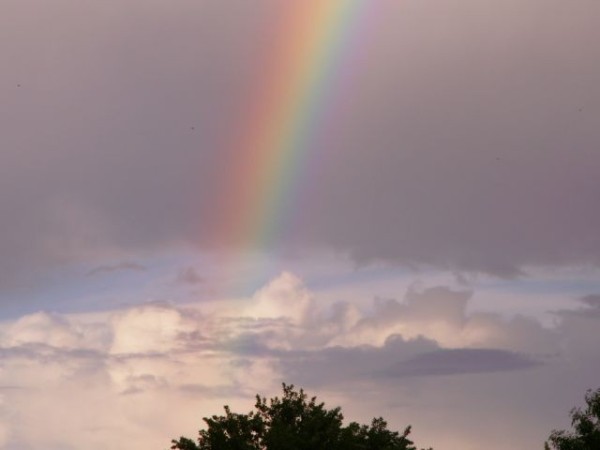 1 And afterward Moses and Aaron went in and told Pharaoh, The LORD God of Israel says this, Let my people go, that they may hold a feast to me in the wilderness. 2 And Pharaoh said, Who is the LORD, that I should obey his voice to let Israel go? I do not know the LORD, and I will not let Israel go.

3 And they said, The God of the Hebrews has met with us: please let us go three days’ journey into the desert to sacrifice to the LORD our God so that he will not fall upon us with pestilence or with the sword. 4 And the king of Egypt said to them, Why do you, Moses and Aaron, release the people from their jobs? Get back to work! 5 Then Pharaoh said, Now look, the people of the land are many, and you let them rest from their work. 6 And the same day Pharaoh commanded the taskmasters of the people and their officers saying, 7 You will no longer give the people straw to make brick, like before: let them go and gather straw for themselves. 8 And you will require of them the total number of the bricks which they made before; do not reduce any of it: for they are idle; so they cry saying, Let us go and sacrifice to our God. 9 Let more work be laid on the men so that they may labor in it; and do not let them regard empty talk. 10 And the taskmasters of the people went out, and their officers, and they spoke to the people saying, Pharaoh says this, I will not give you straw. 11 Go get straw for yourselves where you can find it: but none of your workload will be reduced. 12 So the people were scattered abroad throughout all the land of Egypt to gather stubble instead of straw.

13 And the taskmasters hurried them saying, Fulfill your works, your daily quota, like when there was straw. 14 And the officers of the children of Israel, that Pharaoh’s taskmasters had set over them were beaten and demanded, Why have you not fulfilled your quota in making brick both yesterday and to day, like before? 15 Then the officers of the children of Israel came and cried to Pharaoh, saying, Why do you deal like this with your servants? 16 No straw is given to your servants, and they say to us, Make brick: and look, your servants are beaten but the fault is in your own people. 17 But he said, You are idle, you are idle: that’s why you say, Let us go and sacrifice to the LORD. 18 Get to work! No straw will be given to you, but you will deliver the total number of bricks.

19 And after it was said, You will not decrease any from your bricks of your daily task the officers of the children of Israel saw that they were in trouble. 20 And they met Moses and Aaron, who stood in the way, as they came out from Pharaoh: 21 And they said to them, The LORD look upon you, and judge; because you have made us stink in the sight of Pharaoh, and in the sight of his servants, to put a sword in their hand to kill us. 22 And Moses returned to the LORD and said, Lord, why have you brought hurt to this people? Why is it that you have sent me? 23 For since I came to Pharaoh to speak in your name, he has done evil to this people; you have not delivered your people at all.

4 And I have also established my covenant with them, to give them the land of Canaan, the land of their pilgrimage, in which they were foreigners. 5  I have heard the groaning of the children of Israel, whom the Egyptians keep in bondage; and I have remembered my covenant. 6 So say to the children of Israel, I am the LORD, and I will bring you out from under the burdens of the Egyptians, and I will snatch you out of their bondage, and I will redeem you with a stretched out arm, and with great judgments:

7 And I will take you to me for a people, and I will be to you a God: and you will know that I am the LORD your God, who brings you out from under the burdens of the Egyptians. 8 I will bring you into the land, that I swore to give to Abraham, to Isaac, and to Jacob; I will give it to you for a heritage: I am the LORD. 9 And Moses spoke this to the children of Israel: but they did not listen to Moses for anguish of spirit, and for cruel bondage.

He is the LORD

26 These are that Aaron and Moses, to whom the LORD said, Bring out the children of Israel from the land of Egypt according to their armies. 27 These are they who spoke to Pharaoh king of Egypt, to bring out the children of Israel from Egypt: these are that Moses and Aaron. 28 And it came to pass on the day when the LORD spoke to Moses in the land of Egypt, 29 That the LORD spoke to Moses saying, I am the LORD: Speak to Pharaoh king of Egypt all that I say to you. 30 And Moses said before the LORD, Look, I am of uncircumcised lips, and how will Pharaoh listen to me?

God made the Egyptians know that He is the Lord

1 And the LORD said to Moses, See, I have made you a god to Pharaoh: and Aaron your brother will be your prophet. 2 You will speak all that I command you: and Aaron your brother will speak to Pharaoh, to send the children of Israel out of his land. 3 And I will harden Pharaoh’s heart, and multiply my signs and my wonders in the land of Egypt. 4 But Pharaoh will not listen to you so that I may lay my hand on Egypt to bring out my armies and my people, the children of Israel, out of the land of Egypt by great judgments. 5 And the Egyptians will know that I am the LORD, when I stretch out my hand on Egypt, and bring out the children of Israel from among them.

6 And Moses and Aaron did as the LORD commanded them; this is what they did. 7 And Moses was 80 years old, and Aaron 83 years old, when they spoke to Pharaoh. 8 And the LORD spoke to Moses and to Aaron saying, 9 When Pharaoh speaks to you saying, Show a miracle for yourselves: then you say to Aaron, Take your rod, and throw it before Pharaoh, and it will become a serpent. 10 And Moses and Aaron went in unto Pharaoh, and they did as the LORD had commanded: and Aaron threw down his rod before Pharaoh and before his servants, and it became a serpent. 11 Then Pharaoh also called the wise men and the sorcerers: now the magicians of Egypt, they did the same thing with their enchantments. 12 Every man his threw down his rod, and they became serpents: but Aaron’s rod swallowed up their rods. 13 And he hardened Pharaoh’s heart so that he did not listen to them, as the LORD had said. 14 And the LORD said to Moses, Pharaoh’s heart is hardened, he refuses to let the people go.

15 Go to Pharaoh in the morning; behold, he goes out to the water; and you will stand by the river’s brink before he comes; and you will take the rod that was turned to a serpent in your hand.16 And you will say to him, The LORD God of the Hebrews has sent me to you, saying, Let my people go, that they may serve me in the wilderness: and behold, until now you would not listen. 17 The LORD says this, By this you will know that I am the LORD: behold, I will strike with the rod that is in my hand upon the waters that are in the river, and they will be turned to blood. 18 And the fish that are in the river will die, and the river will stink; and the Egyptians will loathe drinking the water of the river.

19 And the LORD said to Moses, Say to Aaron, Take your rod, and stretch out your hand on the waters of Egypt, on their streams, on their rivers, on their ponds, and on all their pools of water, that they may become blood; and that there may be blood throughout all the land of Egypt, both in vessels of wood, and in vessels of stone. 20 And Moses and Aaron did as the LORD commanded; he lifted up the rod and struck the waters that were in the river, in the sight of Pharaoh, and in the sight of his servants; and all the waters that were in the river were turned to blood.