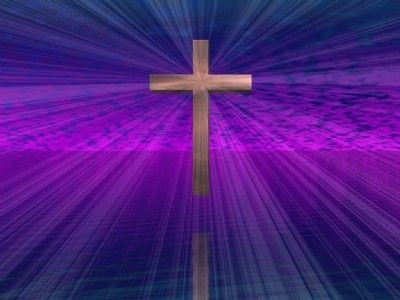 1 Moreover the spirit lifted me up, and brought me to the east gate of the LORD’s house, which looks eastward: and behold at the door of the gate 25 men; among whom I saw Jaazaniah the son of Azur, and Pelatiah the son of Benaiah, the princes of the people. 2 Then he said he to me, Son of man, these are the men that plot evil, and give wicked advice in this city: 3 Who say, It is not near; let us build houses: this city is the caldron, and we are the flesh.

4  Therefore prophesy against them, prophesy, O son of man. 5 And the Spirit of the LORD fell on me, and said to me, Speak; The Lord says this; You have said, O house of Israel: for I know the things that come into your mind, every one of them. 6 You have multiplied your slain in this city, and you have filled its streets with the slain.

God promised judgment for their evil

14  Again the word of the LORD came to me, saying, 15 Son of man, your brothers, even your brothers, the men of your relatives, and all the house of Israel wholly, are those to whom the inhabitants of Jerusalem have said, Get far from the LORD: unto us this land is given in possession. 16 Therefore say, The Lord GOD says this; Although I have cast them far off among the heathen, and although I have scattered them among the countries, yet I will be to them as a little sanctuary in the countries where they will come.

God promised to give them one heart and a new spirit

21 But as for those whose heart walks after the heart of their detestable things and their abominations, I will repay their way on their own heads, says the Lord GOD. 22 Then the cherubims lifted up their wings, and the wheels beside them; and the glory of the God of Israel was over them above. 23 And the glory of the LORD went up from the midst of the city, and stood on the mountain that is on the east side of the city. 24 Afterwards the spirit took me up, and brought me in a vision by the Spirit of God into Chaldea, to those of the captivity. So the vision that I had seen went up from me. 25 Then I spoke to them of the captivity all the things that the LORD had showed me.

7 So I did as I was commanded: I brought out my belongings by day, as baggage for captivity, and in the evening I dug through the wall with my hand; I brought it out in the twilight, and I carried it on my shoulder in their sight. 8 And in the morning word of the LORD came the to me, saying, 9 Son of man, has not the house of Israel, the rebellious house, said to you, What are you doing? 10 You say to them, The Lord God says this; This burden concerns the prince in Jerusalem, and all the house of Israel that are among them. 11 Say, I am your sign: as I have done, so it will be done to them: they will go into exile, into captivity. 12 And the prince that is among them will carry on his shoulder in the twilight, and will go out: they will dig through the wall to carry out through it: he will cover his face, that he see not the land with his eyes.

13 I will spread my net on him, and he will be taken in my snare: and I will bring him to Babylon to the land of the Chaldeans; yet he will not see it, though he will die there. 14 And I will scatter toward every wind all that are around him to help him, and all his servants and guards; and I will draw out the sword after them. 15 And they will know that I am the LORD, when I scatter them among the nations, and disperse them in the countries. 16 But I will leave a few men of them from the sword, from the famine, and from the pestilence; that they may declare all their abominations among the heathen where they go; and they will know that I am the LORD.

17 Moreover the word of the LORD came to me, saying, 18 Son of man, eat your bread with quaking, and drink your water with trembling and with carefulness; 19 And say to the people of the land, The Lord God says this of the inhabitants of Jerusalem, and of the land of Israel; They will eat their bread with carefulness, and drink their water with astonishment, that her land may be desolate from all that is in it because of the violence of all them that dwell in it.

20 And the cities that are inhabited will be laid waste, and the land will be desolate; and you will know that I am the LORD.

21 And the word of the LORD came to me, saying, 22 Son of man, what is that proverb that you have in the land of Israel, saying, The days are prolonged, and every vision fails? 23 Tell them therefore, The Lord God says this; I will stop this proverb, and they will not use it as a proverb in Israel; but say to them, The days draw near, and fulfillment of every vision. 24 For there will no longer be any false vision or flattering divination in the house of Israel. 25 For I am the LORD: I will speak, and the word that I speak will come to pass; it will not be prolonged: for in your days, O rebellious house, I will say the word, and will perform it, says the Lord GOD. 26 Again the word of the LORD came to me, saying, 27 Son of man, behold, those of the house of Israel say, The vision that he sees is for many days to come, and he prophesies of the times that are far off. 28 So say to them, The Lord God says this: None of my words will be prolonged any more, but the word that I have spoken will be done, says the Lord GOD.

1 And the word of the LORD came to me, saying, 2 Son of man, prophesy against the prophets of Israel that prophesy, and say to them that prophesy out of their own hearts, Hear the word of the LORD; 3 The Lord GOD says this; Woe to the foolish prophets, that follow their own spirit, and have seen nothing. 4 O Israel, your prophets are like the foxes in the deserts. 5 You have not gone up into the gaps, or made up the hedge for the house of Israel to stand in the battle in the day of the LORD.

God is against those who speak lies in His name

6 They have seen vanity and lying divination, saying, The LORD says: and the LORD has not sent them: and they have made others to hope that they would confirm the word. 7 Have you not seen a false vision, and have you not spoken a lying divination, but you say, The LORD said it; however I have not spoken! 8 Therefore the Lord GOD says this; Because you have spoken falsely, and seen lies, therefore, behold, I am against you, says the Lord GOD. 9 And my hand will be on the prophets that see false visions, and that divine lies: they will not be in the assembly/council/secret of my people, neither will they be written in the writing of the house of Israel, neither will they enter into the land of Israel; and you will know that I am the Lord GOD. 10 Because, even because they have seduced my people, saying, Peace; and there was no peace; and one built up a wall, and, behold, others set it with untempered mortar.

11 Say to them that daub it with lime, so it will fall: there will be an overflowing shower; and you, O great hailstones, will fall; and a stormy wind will tear it. 12 Behold, when the wall has fallen, will it not be said to you, Where is the mortar that you have plastered it? 13 Therefore the Lord God says this; I will tear it with a stormy wind in my fury; and there will be an overflowing shower in my anger, and great hailstones in my fury to consume it. 14 So I will break down the wall that you have daubed with untempered mortar, and bring it down to the ground, so that its foundations are laid bare, and it will fall, and you will be consumed in the midst of it: and you will know that I am the LORD. 15 So I will accomplish my wrath on the wall, and on those that have daubed it with untempered mortar, and will say to you, The wall is no more, neither they that daubed it; 16 That is, the prophets of Israel who prophesy concerning Jerusalem, and who see visions of peace for her, and there is no peace, says the Lord GOD.

17 Likewise, you son of man, set your face against the daughters of your people that prophesy out of their own heart; and prophesy against them, 18 And say, The Lord God says this; Woe to the women that sew magic bands on their wrists, and make veils for the head of every tall man to hunt souls! Will you hunt the souls of my people, and will you save the souls alive that come to you?