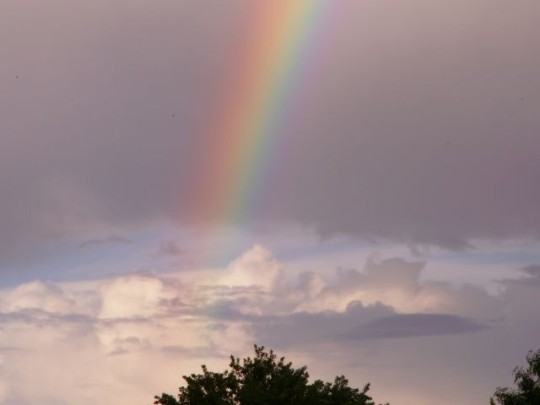 1 Now it came about in the sixth year, in the sixth month, in the fifth day of the month, as I sat in my house, and the elders of Judah sat before me, that the hand of the Lord GOD fell upon me there. 2 Then I saw and behold the appearance of fire: from his loins downward, fire; and from his loins upward brightness as the color of amber. 3 And he put forth the form of a hand and took me by a lock of my head; and the spirit lifted me up between the earth and the heaven, and brought me in the visions of God to Jerusalem, to the door of the inner gate that looks toward the north; where the seat of the image of jealousy was, which provokes to jealousy. 4 And, behold, the glory of the God of Israel was there, according to the vision that I saw in the plain.

7  And he brought me to the door of the court; and when I looked, behold a hole in the wall. 8 Then he said to me, Son of man, now dig in the wall: and when I had dug in the wall, behold a door. 9 And he said to me, Go in, and look at the wicked abominations that they are doing here. 10 So I went in and looked; and behold every form of creeping things, and abominable beasts, and all the idols of the house of Israel, portrayed around the wall. 11 And seventy men of the elders of the house of Israel stood there before them, and in the midst of them stood Jaazaniah the son of Shaphan, every man with his censer in his hand; and a thick cloud of incense went up. 12 Then he said to me, Son of man, have you seen what the elders of the house of Israel are doing in the dark, every man in the room of his carved images? For they say, The LORD does not see us; the LORD has forsaken the earth.

1 Then he cried in my ears with a loud voice, saying, Draw near O overseers/executioners of the city, each with his destroying weapon in his hand. 2 Behold, six men came from the way of the upper gate which faces north, and every man with a shattering weapon in his hand; and one man among them was clothed with linen, with a writer’s inkhorn was by his side: and they went in, and stood beside the brass altar. 3 And the glory of the God of Israel went up from the cherub on which it had been to the threshold of the house. And he called to the man clothed with linen that had the writer’s inkhorn by his side.

God destroys evil but protects those distressed by it

4 And the LORD said to him, Go through the midst of the city, through the midst of Jerusalem, and set a mark on the foreheads of the men that sigh and that cry because of all the abominations that are done in the midst of it. 5 And to the others he said in my hearing, Go after him through the city, and strike: do not let your eye spare, do not have pity: 6 Utterly slay old and young, both maidens and little children, and women: but do not come near any man on whom is the mark; and begin at my sanctuary. Then they began at the ancient men that were before the house. 7 And he said to them, Defile the house, and fill the courts with the slain: go. And they went out and killed in the city.

8 And it came about, while they were slaying them, and I was left, that I fell on my face, and cried, and said, Oh Lord GOD! Will you destroy all the rest of Israel in pouring out of your fury on Jerusalem? 9 Then he said to me, The iniquity of the house of Israel and Judah is exceedingly great, and the land is full of blood, and the city full of perverseness/the twisting of judgment: for they say, The LORD has forsaken the earth, and the LORD does not see. 10 And as for me also, my eye will not spare, neither will I have pity, but I will repay their way upon their head. 11 And, behold, the man clothed with linen that had the inkhorn by his side reported the matter, saying, I have done as You have commanded me.

1 Then I looked, and behold, in the firmament that was above the head of the cherubims there appeared over them a sapphire stone like a throne. 2 And he spoke to the man clothed with linen and said, Go in between the wheels under the cherub and fill your hand with coals of fire from between the cherubims, and scatter them over the city. And he went in my sight.

3 Now the cherubims stood on the right side of the house, when the man went in; and the cloud filled the inner court. 4 Then the glory of the LORD went up from the cherub, and stood over the threshold of the house; and the house was filled with the cloud, and the court was full of the brightness of the LORD’s glory.

5 And the sound of the cherubims’ wings was heard even to the outer court like the voice of the Almighty God when he speaks. 6 And it happened when he had commanded the man clothed with linen, saying, Take fire from between the wheels, from between the cherubims; then he went in, and stood beside the wheels. 7 And one cherub stretched out his hand from between the cherubims into the fire that was between the cherubims, and took from it, and put it into the hands of him that was clothed with linen: who took it, and went out. 8 And there appeared in the cherubims the form of a man’s hand under their wings. 9 And when I looked, behold the four wheels by the cherubims, one wheel by one cherub, and another wheel by another cherub: and the appearance of the wheels was like the color of a beryl stone. 10 And as for their appearances, the four had one likeness, like a wheel in the midst of a wheel. 11 When they went, they went on their four sides; they did not turn as they went, but to the place where the head looked, they followed it; they did not turn as they went.

God departed from His house when they filled it with idols

18 Then the glory of the LORD departed from off the threshold of the house, and stood over the cherubims. 19 And the cherubims lifted up their wings, and mounted up from the earth in my sight: when they went out, the wheels also were beside them, and every one stood at the door of the east gate of the LORD’s house; and the glory of the God of Israel was over them above.

20 This is the living creature that I saw under the God of Israel by the river of Chebar; and I knew that they were the cherubims. 21 Every one had four faces apiece, and every one four wings; and the likeness of the hands of a man was under their wings. 22 And the likeness of their faces was the same faces that I saw by the river of Chebar, their appearances and themselves: every one went straight forward.