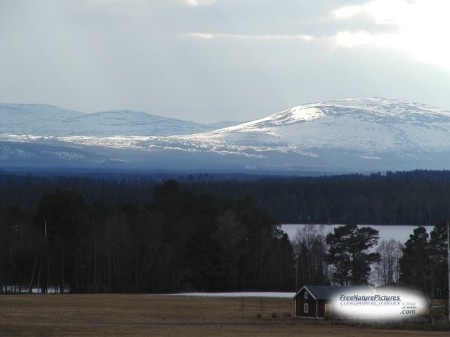 1 Moreover, when you divide by lot the land for inheritance, you are to offer an oblation to the LORD, a holy portion of the land: the length will be 8.7 miles, and the width will be 3.5 miles. This will be holy/set apart in all its borders round about. 2 And from this will be for the sanctuary 916.7 feet in length, with 916.7 feet in width, square round about; and 91.7 feet surrounding it for its open space.

3 And from this measure you are to measure the length of 8.7 miles, and the width of 3.5 miles: and in it will be the sanctuary and the most holy place. 4 The holy portion of the land is to be for the priests, the ministers of the sanctuary, who come near to minister to the LORD: it will be a place for their houses, and a holy place for the sanctuary. 5 And the 8.7 miles of length, and the 3.5 miles of width, the Levites, the ministers of the house, will have for themselves, for a possession for twenty chambers. 6 And you are to appoint the possession of the city 12.2 miles wide, and 8.7 miles long, alongside the oblation of the holy portion: it will be for the whole house of Israel. 7 And a portion will be for the prince on the one side and on the other side of the oblation of the holy portion, and of the possession of the city, before the oblation of the holy portion, and before the possession of the city, from the west side toward the west, and from the east side toward the east: and the length is to be adjacent to one of the portions, from the west border to the east border. 8 In this land will be his possession in Israel: and my princes are to no longer oppress my people; and they are to give the rest of the land to the house of Israel according to their tribes.

God demanded that the leaders stop extortion of God’s people

9  The Lord God says this; Let it be enough for you, O princes of Israel: remove violence and plundering, and execute judgment and justice, stop your extortions/expulsions from my people, says the Lord GOD. 10 You are to have just balances, a just dry measure, and a just wet measure. 11 The dry measure and the wet measure are to be the same, that the bath (wet measure) may contain the 7 1/2 gallons, and the ephah the tenth part of a homer: its measure is to be after the homer. 12 And the shekel is to be twenty gerahs: twenty shekels, twenty-five shekels, fifteen shekels, is to be your maneh.

18  The Lord God says this; In the first month, in the first day of the month, you shall take a young bull without blemish, and cleanse the sanctuary: 19 And the priest shall take of the blood of the sin offering, and put it on the posts of the house, and on the four corners of the ledge of the altar, and on the posts of the gate of the inner court. 20 And this you shall do the seventh day of the month for every one that goes astray or is simple: by this you shall atone for the house.

1 The Lord God says this; The gate of the inner court that looks toward the east is to be shut the six working days; but on the sabbath it is to be opened, and in the day of the new moon it is to be opened. 2 The prince is to enter by way of the porch outside that gate, stand by the post of the gate, and the priests is to prepare his burnt offering and his peace offerings: and he will worship at the threshold of the gate: then he will go out; but the gate is not to be shut until the evening. 3 In the same way the people of the land are to worship at the door of this gate before the LORD in the sabbaths and in the new moons. 4 And the burnt offering that the prince is to offer to the LORD in the sabbath day is to be six lambs without blemish, and a ram without blemish. 5 And the grain offering is to be a 1/2 bushel of flour for a ram, the grain offering for the lambs as he is able to give, and 3/4 of a gallon of olive oil to a 1/2 bushel of flour.

10  And the prince in the midst of them is to enter and leave with them on these occasions. 11 And in the festivals and in the appointed feasts the grain offering is to be 1/2 bushel of flour to a bull, 1/2 bushel to a ram, and to the lambs as he is able to give, and 3/4 of a gallon of olive oil to 1/2 bushel of flour. 12 Now when the prince prepares a voluntary burnt offering or peace offerings voluntarily to the LORD, then someone is to open for him the gate that faces east, and he is to prepare his burnt offering and his peace offerings as he did on the sabbath day: then he is to go out; and after he leaves someone is to shut the gate.

19  After he brought me through the entry, which was at the side of the gate, into the holy chambers of the priests, which looked toward the north: behold, there was a place on the two sides toward the west. 20 Then said he to me, This is the place where the priests are to boil the trespass offering and the sin offering, and where they will bake the grain offering; that they not carry them out into the outer court, to sanctify the people.

The Lord’s great blessing for all

6  And he said to me, Son of man, have you seen this? Then he brought me, and caused me to return to the bank of the river. 7 Now when I had returned, behold, at the bank of the river were a great many trees on one side and on the other. 8 Then said he to me, These waters go out toward the east country, and go down into the desert, and go into the sea: which being brought into the sea, the waters will be healed.

The Lord heals the waters

9  And it will come to pass, that everything that lives, that moves, wherever the rivers go, will live: and there will be a very great multitude of fish because these waters will go there: they will be healed; and everything will live where the river comes. 10 And it will come to pass, that the fishermen will stand on it from En-gedi even to En-eglaim; that will be a place to spread nets; their fish will be according to their kinds, as the fish of the great sea, exceedingly many. 11 But its miry places and its marshes will not be healed; they will be given to salt. 12 And by the river on its bank, on this side and on that side, will grow all trees for food, whose leaf will not fade, neither will its fruit be consumed: it will bring forth new fruit according to his months, because their waters come out of the sanctuary: its fruit will be for food, and its leaf for medicine.

God gave His people the best land on earth

13  The Lord God says this; This will be the border by which you are to inherit the land according to the twelve tribes of Israel: Joseph will have two portions. 14 And you will inherit it, one as well as another: concerning what I lifted up my hand to give to your fathers: and this land will fall to you for an inheritance.

15  And this will be the border of the land toward the north side, from the great sea, the way of Hethlon, as men go to Zedad; 16 Hamath, Berothah, Sibraim, which is between the border of Damascus and the border of Hamath; Hazar-hatticon, which is by the coast of Hauran. 17 And the border from the sea will be Hazar-enan, the border of Damascus, and the north northward, and the border of Hamath. And this is the north side. 18 And you are to measure the east side from Hauran, and from Damascus, and from Gilead, and from the land of Israel by Jordan, from the border unto the east sea. And this is the east side. 19 And the south side southward, from Tamar even to the waters of strife in Kadesh, the river to the great sea. And this is the south side southward. 20 The west side also will be the great sea from the border until a man comes over against Hamath. This is the west side. 21 So you are to divide this land unto you according to the tribes of Israel. 22 And it will come to pass, that you will divide it by lot for an inheritance unto you, and to the foreigners that stay among you, who beget children among you, they will be unto you as those born in the country among the children of Israel; they are to have inheritance with you among the tribes of Israel. 23 And in what tribe the foreigner stays, there you are to give him his inheritance, says the Lord GOD.

The Lord is there

11  It will be for the priests that are sanctified of the sons of Zadok; that have kept my charge that did not go astray when the children of Israel went astray, as the Levites went astray. 12 And this gift of the land that is offered will be to them a thing most holy by the border of the Levites. 13 And over against the border of the priests the Levites are to have 8.7 miles in length, and 3.5 miles wide: all the length are to be 8.7 miles, and the widths 3.5 miles. 14 And they are not to sell any of it or exchange or transfer the first fruits of the land: for it is holy to the LORD. 15 And the 1.6 mile that is left in the width over against the 4.4 miles in length, will be for common use for the city, for dwellings, and for suburbs: and the city will be in the center of it.

29  And those that serve the city will serve it out of all the tribes of Israel. 20 All the gift is to be 8.7 miles by 8.7: you will offer the holy gift foursquare, with the possession of the city. 21 And the remainder is to be for the prince, on the one side and on the other of the holy gift, and of the possession of the city, in front of the 8.7 miles of the oblation toward the east border, and westward in front of the 8.7 miles toward the west border, alongside the portions for the prince: and it is to be the holy gift; and the sanctuary of the house will be in the center of it.

God demanded that the leaders stop extortion of God’s people

The Lord’s great blessing for all

The Lord heals the waters

God gave His people the best land on earth

The Lord is there