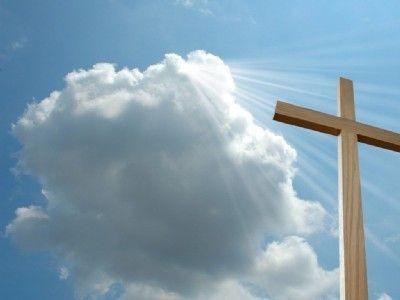 1 Now when Adonizedek king of Jerusalem heard that Joshua had taken Ai and had utterly destroyed it, as he had done to Jericho and her king, so he had done to Ai and her king; and how the inhabitants of Gibeon had made peace with Israel and were among them; 2 they feared greatly, because Gibeon was a great city, like one of the royal cities; it was greater than Ai, and all its men were mighty. 3 Therefore Adonizedek king of Jerusalem sent to Hoham king of Hebron, to Piram king of Jarmuth, to Japhia king of Lachish, and to Debir king of Eglon saying, 4 Come up to me and help me strike Gibeon: for it has made peace with Joshua and with the children of Israel. 5 So the five kings of the Amorites, the king of Jerusalem, the king of Hebron, the king of Jarmuth, the king of Lachish, and the king of Eglon, gathered themselves together, went up, they and all their armies, and camped before Gibeon to war against it. 6 And the men of Gibeon sent to Joshua to the camp to Gilgal saying, Do not abandon your servants; come quickly, save us, help us: for all the kings of the Amorites that dwell in the mountains have gathered together against us. 7 So Joshua ascended from Gilgal, he, and all the people of war with him, and all the mighty men of valor. 8 And the LORD said to Joshua, Do not fear them: for I have delivered them into your hand; not a man of them will stand before you.

God fights for His people

9 So Joshua came upon them suddenly, by marching all night from Gilgal. 10 And the LORD defeated them before Israel, and killed them with a great slaughter at Gibeon, and chased them along the way that goes up to Beth-horon, and struck them down to Azekah, and to Makkedah. 11 And as they fled from before Israel, and were in the going down to Beth-horon, the LORD threw down great stones from heaven on them to Azekah, and they died: more died from the hailstones than those whom the children of Israel killed with the sword.

12 Then Joshua spoke to the LORD in the day when the LORD delivered up the Amorites before the children of Israel, he said in the sight of Israel,

Sun, stand still on Gibeon; and you, Moon, in the valley of Ajalon. 13 And the sun stood still, and the moon stayed until the people had avenged themselves on their enemies. Is this not written in The Book of The Upright? So the sun stood still in the midst of heaven, and hurried not to go down about a whole day. 14 There was no day like that before it or after it that the LORD listened to the voice of a man: for the LORD fought for Israel.

15 And Joshua returned, and all Israel with him, to the camp at Gilgal. 16 But these five kings fled, and hid themselves in a cave at Makkedah. 17 And Joshua was told saying, The five kings are found hidden in a cave at Makkedah. 18 And Joshua said, Roll great stones on the mouth of the cave, and set men by it to guard them: 19 Don’t stop here. Chase after your enemies and strike the back of them; do not allow them to enter their cities: for the LORD your God has delivered them into your hand. 20 And when Joshua and the children of Israel had finished killing them with a very great slaughter, until they were consumed, the rest that remained of them entered into fenced cities.

21 And all the people returned to the camp to Joshua at Makkedah in peace: none moved his tongue against any of the children of Israel. 22 Then Joshua said, Open the mouth of the cave and bring me those five kings out of the cave. 23 So they did this, and brought out those five kings to him out of the cave, the king of Jerusalem, the king of Hebron, the king of Jarmuth, the king of Lachish, and the king of Eglon. 24 And when they brought out those kings to Joshua, Joshua called for all the men of Israel and said to the captains of the men of war that went with him, Come close, put your feet on the necks of these kings. And they came near, and put their feet on their necks.

When God stands for us none can stand against us

1 And when Jabin king of Hazor had heard those things, he sent to Jobab king of Madon, and to the king of Shimron, and to the king of Achshaph, 2 And to the kings that were on the north of the mountains, and of the plains south of Chinneroth/Galilee, and in the valley, and in the borders of Dor on the west, 3 And to the Canaanite on the east and on the west, and to the Amorite, and the Hittite, and the Perizzite, and the Jebusite in the mountains, and to the Hivite under Hermon in the land of Mizpeh. 4 And they went out, they and all their armies with them, many people, as the sand on the sea shore in multitude, with very many horses and chariots. 5 When all these kings met together, they came and camped together at the waters of Merom to fight against Israel. 6 And the LORD said to Joshua, Do not be afraid because of them: for tomorrow about this time I will deliver them up all slain before Israel: you are to hamstring their horses, and burn their chariots with fire.

7 So Joshua, and all the people of war with him, came against them suddenly by the waters of Merom and attacked them. 8 And the LORD delivered them into the hand of Israel, who struck them, and chased them to great Zidon, and to the burning salt pits, and to the valley of Mizpeh eastward; they struck them until they left none remaining. 9 And Joshua did to them as the LORD told him: he hamstrung their horses and burned their chariots with fire. 10 And at that time Joshua turned back and took Hazor, and struck its king with the sword: for Hazor formerly was the head of all those kingdoms. 11 They struck all the souls that were there with the edge of the sword, utterly destroying them: he did not leave anyone breathing: and he burned Hazor with fire. 12 Joshua captured all the cities of those kings, and all their kings, and struck them with the edge of the sword; he utterly destroyed them, as Moses the servant of the LORD commanded.

13 But Israel burned none the cities that stood still on their mounds, except Hazor; Joshua burned that one. 14 And the children of Israel took themselves plunder, all the spoil of these cities, and the cattle; but they struck every man with the edge of the sword until they had destroyed them, leaving none that breathe. 15 As the LORD commanded Moses his servant, so Moses commanded Joshua, and Joshua did; he left nothing undone of all that the LORD commanded Moses. 16 So Joshua took all that land, the hills, and all the south country, and all the land of Goshen, and the valley, and the plain, and the mountain of Israel, and the valley of the same; 17 From mount Halak that goes up to Seir, to Baalgad in the valley of Lebanon under mount Hermon: and he took all their kings, and struck them, and killed them 18 Joshua made war a long time with all those kings. 19 There was not a city that made peace with the children of Israel, except the Hivites, the inhabitants of Gibeon: all others they took in battle. 20 For it was of the LORD to harden their hearts, to come against Israel in battle, that he might utterly destroy them, and that they might have no grace, but that he might destroy them, as the LORD commanded Moses.

21 And at that time Joshua came and cut off the Anakims from the mountains, from Hebron, from Debir, from Anab, and from all the mountains of Judah, and from all the mountains of Israel: Joshua utterly destroyed them with their cities. 22 None of the Anakims were left in the land of the children of Israel: only in Gaza, in Gath, and in Ashdod, there remained some. 23 So Joshua took the whole land, according to all that the LORD said to Moses; and Joshua gave it for an inheritance to Israel according to their divisions by their tribes. And the land rested from war.

God takes countries from the wicked and gives them to others

1 Now these are the kings of the land that the children of Israel struck down, and possessed their land on the other side Jordan toward the rising of the sun, from the river Arnon to mount Hermon, and all the plain on the east: 2 Sihon king of the Amorites, who dwelt in Heshbon, and ruled from Aroer, which is on the bank of the river Arnon, and from the middle of the river, and from half Gilead to the river Jabbok, which is the border of the children of Ammon; 3 And from the plain to the sea of Chinneroth/Galilee on the east, and to the sea of the plain, even the salt sea on the east, the way to Beth-jeshimoth; and from the south, under the springs of Pisgah: 4 And the coast of Og king of Bashan who was of the remnant of the giants, that dwelt at Ashtaroth and at Edrei, 5 And reigned in mount Hermon, in Salcah, and in all Bashan, to the border of the Geshurites and the Maachathites, and half Gilead, the border of Sihon king of Heshbon. 6 Moses, the servant of the LORD and the children of Israel stuck them: and Moses the servant of the LORD gave it for a possession to the Reubenites, and the Gadites, and the half tribe of Manasseh.