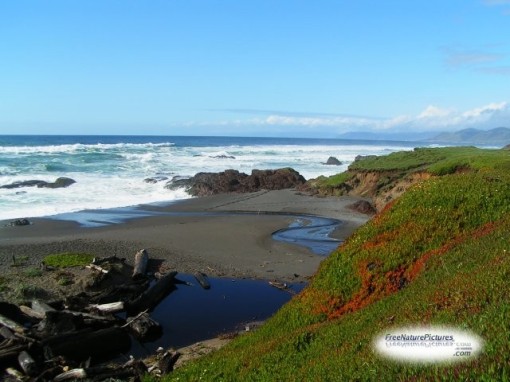 1 Now Joshua was old and advanced in years; and the LORD said to him, You are old and advanced in years, and there still remains very much land to be possessed. 2 This is the land that still remains: all the borders of the Philistines, and all Geshuri, 3 from Sihor, which is before Egypt to the borders of Ekron toward the north, which is counted to the Canaanite: five lords of the Philistines; the Gazathites, the Ashdothites, the Eshkalonites, the Gittites, and the Ekronites; also the Avites: 4 From the south, all the land of the Canaanites, and Mearah/cave that is beside the Sidonians, to Aphek, to the borders of the Amorites: 5 And the land of the Giblites, and all Lebanon, toward the sunrising, from Baalgad under mount Hermon to the entering into Hamath. 6 All the inhabitants of the hill country from Lebanon to Misrephothmaim, and all the Sidonians, them I will drive them out from before the children of Israel: only divide it by lot to the Israelites for an inheritance, as I have commanded you.

7 Now therefore divide this land for an inheritance to the nine tribes, and the half tribe of Manasseh, 8 With the other half tribe the Reubenites and the Gadites have received their inheritance, which Moses gave them, beyond Jordan eastward, even as Moses the servant of the LORD gave them;

9 From Aroer, that is on the bank of the river Arnon, and the city that is in the midst of the river, and all the plain of Medeba to Dibon; 10 And all the cities of Sihon king of the Amorites, who reigned in Heshbon to the border of the children of Ammon; 11 And Gilead, and the border of the Geshurites and Maachathites, and all mount Hermon, and all Bashan to Salcah; 12 All the kingdom of Og in Bashan, who reigned in Ashtaroth and in Edrei, who remained of the remnant of the giants: Moses stuck these down, and cast them out. 13 Nevertheless the children of Israel did not expel the Geshurites or the Maachathites: but the Geshurites and the Maachathites dwell among the Israelites until this day.

God was the inheritance of the Levites

14 Only he gave no inheritance to the tribe of Levi; the sacrifices of the LORD God of Israel made by fire are their inheritance, as he said to them. 15 And Moses gave inheritance to the tribe of the children of Reuben according to their families. 16 And their coast was from Aroer that is on the bank of the river Arnon, and the city that is in the midst of the river, and all the plain by Medeba; 17 Heshbon, and all her cities that are in the plain; Dibon, Bamothbaal, Beth-baal-meon, 18 Jahazah, Kedemoth, Mephaath, 19 Kirjathaim, Sibmah, and Zarethshahar in the mount of the valley, 20 Bethpeor and the springs of Pisgah, Beth-jeshimoth, 21 And all the cities of the plain, all the kingdom of Sihon king of the Amorites, who reigned in Heshbon, whom Moses struck down with the princes of Midian, Evi, Rekem, Zur, Hur, and Reba, who were dukes of Sihon, dwelling in the country.

29 And Moses gave inheritance to the half tribe of Manasseh: and this was the possession of the half tribe of the children of Manasseh by their families. 30 And their coast was from Mahanaim, all Bashan, all the kingdom of Og king of Bashan, and all the towns of Jair, which are in Bashan, sixty cities: 31 And half Gilead, and Ashtaroth, and Edrei, cities of the kingdom of Og in Bashan, were to the children of Machir the son of Manasseh, to the one half of the children of Machir by their families. 32 These are the countries that Moses distributed for inheritance in the plains of Moab, on the other side Jordan, by Jericho, toward the east. 33 But Moses did not give any inheritance to the tribe of Levi: the LORD God of Israel was their inheritance, as he said to them.

6 Then the children of Judah came to Joshua in Gilgal: and Caleb the son of Jephunneh the Kenezite said to him, You know the thing that the LORD said to Moses the man of God concerning me and you in Kadesh-barnea. 7 I was forty years old when Moses, the servant of the LORD, sent me from Kadesh-barnea to spy out the land; and I brought him word again as it was in my heart. 8 But my brothers that went up with me made the heart of the people melt: but I wholly followed the LORD my God.

9 And Moses swore on that day saying, Surely the land on which your feet have trod will be your inheritance, and your children's forever, because you have wholly followed the LORD my God. 10 And now, behold, the LORD has kept me alive, as he said, these forty-five years, since the LORD spoke this word to Moses, while the children of Israel wandered in the wilderness: and now, look, I am 85 years old today. 11 Yet I am still as strong today as I was in the day that Moses sent me: as my strength was then, so my strength is now, for war, both to go out, and to come in.

12 Now therefore give me this mountain of which the LORD spoke in that day; for you heard in that day how the Anakims were there, and that the cities were great and fenced: if the LORD will be with me, then I will be able to drive them out, as the LORD said. 13 And Joshua blessed him, and gave to Caleb the son of Jephunneh Hebron for an inheritance. 14 Hebron therefore became the inheritance of Caleb the son of Jephunneh the Kenezite to this day, because he wholly followed the LORD God of Israel. 15 And the name of Hebron before was Kirjath-arba; which Arba was a great man among the Anakims. And the land had rest from war.

God sets the boundaries of the nations

13 And to Caleb the son of Jephunneh he gave a part among the children of Judah, according to the commandment of the LORD to Joshua, the city of Arba the father of Anak, which city is Hebron. 14 And Caleb drove from there the three sons of Anak: Sheshai, Ahiman, and Talmai, the children of Anak. 15 And he went up there to the inhabitants of Debir: previously the name of Debir was Kirjath-sepher. 16 And Caleb said, He that strikes Kirjath-sepher, and takes it, I will give him Achsah my daughter as his wife. 17 And Othniel the son of Kenaz, the brother of Caleb, took it: and he gave him Achsah his daughter as wife.

18 And as she came to him, she persuaded him to ask of her father a field: and she alighted off her ass; and Caleb said to her, What do you desire? 19 Who answered, Give me a blessing; for you have given me a southland; give me also springs of water. And he gave her the upper springs, and the lower springs.

20 This is the inheritance of the tribe of the children of Judah according to their families. 21 And the farthest cities of the tribe of the children of Judah toward the coast of Edom southward were Kabzeel, Eder, Jagur, 22 Kinah, Dimonah, Adadah, 23 Kedesh, Hazor, Ithnan, 24 Ziph, Telem, Bealoth, 25 Hazor, Hadattah, Kerioth, Hezron, which is Hazor, 26 Amam, Shema, Moladah, 27 Hazar-gaddah, Heshmon, Bethpalet, 28 Hazar-shual, Beersheba, Bizjothjah, 29 Baalah, Iim, Azem, 30 Eltolad, Chesil, Hormah, 31. Ziklag, Madmannah, Sansannah, 32 Lebaoth, Shilhim, Ain, and Rimmon: all these twenty-nine cities, with their villages: