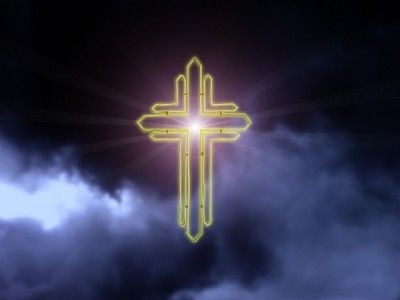 God brings victory out of defeat

1 And the LORD said to Joshua, Do not fear or be dismayed: take all the people of war with you. Get up, go up to Ai: see, I have given into your hand the king of Ai, his people, his city, and his land: 2 And you will do to Ai and her king as you did to Jericho and her king: only its spoil, and its livestock, you may take to yourselves for plunder: lay an ambush behind the city. 3 So Joshua got up, and all the people of war, to go up against Ai: and Joshua chose out thirty thousand mighty men of valor, and sent them away by night. 4 And he commanded them saying, Look, you are to lie in wait against the city, behind the city: do not go very far from the city, but be ready: 5 I, and all the people that are with me, will approach the city: and when they come out against us, as at first, we will flee before them, 6 (For they will come out after us) until we have drawn them away from the city; for they will say, They flee before us like at first: so we will flee before them.

God delivers the victory into our hands

7 Then rise up from the ambush, and seize the city: for the LORD your God will deliver it into your hand. 8 And when you have taken the city, set the city on fire: do according to the commandment of the LORD. Look, I have commanded you. 9 So Joshua sent them out: and they went to lie in ambush, and stayed between Bethel and Ai, on the west side of Ai: but Joshua lodged that night among the people. 10 And Joshua rose up early in the morning, mustered the people, and went up, he and the elders of Israel, before the people to Ai. 11 And all the people, the military that were with him, went up, and drew near; they came before the city, and camped on the north side of Ai: now there was a valley between them and Ai. 12 And he took about five thousand men, and set them to lie in ambush between Bethel and Ai, on the west side of the city. 13 And when they had set the people, all the army that was on the north of the city, and their rear guard on the west of the city, Joshua went that night into the midst of the valley. 14 And when the king of Ai saw it they hurried and rose up early, and the men of the city went out against Israel to battle, he and all his people, at a time appointed, before the plain; but he did not know that there was an ambush against him behind the city. 15 And Joshua and all Israel acted like they were defeated before them, and fled by the way of the wilderness. 16 And all the people that were in Ai were called together to chase after them: and they pursued after Joshua, and were drawn away from the city. 17 Not a man was left in Ai or Bethel that did not go out after Israel: they left the city open and chased after Israel. 18 And the LORD said to Joshua, stretch out the spear that is in your hand toward Ai; for I will give it into your hand. And Joshua stretched out the spear that he had in his hand toward the city.

19 And the ambush arose quickly out of their place, they ran as soon as he had stretched out his hand: they entered into the city, took it, and hurried and set the city on fire. 20 And when the men of Ai looked behind them, they saw, and behold, the smoke of the city ascended up to heaven, and they had no power to flee this way or that way: and the people that fled to the wilderness turned back on the pursuers. 21 And when Joshua and all Israel saw that the ambush had taken the city, and that the smoke of the city ascended, then they turned around and killed the men of Ai. 22 And the others came out of the city against them; so they were in the midst of Israel, some on this side, and some on that side: and they struck them, so that they let none of them remain or escape. 23 And they captured the king of Ai and brought him to Joshua. 24 And when Israel finished killing all the inhabitants of Ai in the field, and in the wilderness where they chased them, and when they were all fallen by the edge of the sword until they were consumed, then all the Israelites returned to Ai, and struck it with the edge of the sword.

25 And so it was, that all that fell that day, both of men and women, were twelve thousand, all the men of Ai. 26 For Joshua did not draw back his hand with which he stretched out the spear until he had utterly destroyed all the inhabitants of Ai. 27 Only the livestock and the spoil of that city Israel took for plunder to themselves, according to the word of the LORD which he commanded Joshua. 28 And Joshua burned Ai, and made it a heap forever, a desolation to this day. 29 And he hanged the king of Ai on a tree until evening: and as soon as the sun was down, Joshua commanded that they take his carcass down from the tree, and cast it at the entrance of the gate of the city, and raise on it a great heap of stones, that remains to this day. 30 Then Joshua built an altar to the LORD God of Israel in mount Ebal, 31 As Moses the servant of the LORD commanded the children of Israel, as it is written in the book of the law of Moses, an altar of whole stones, over which no man has lifted up any iron tool: and they offered on it burnt offerings to the LORD, and sacrificed peace offerings. 32 And he wrote there on the stones a copy of the law of Moses, which he wrote in the presence of the children of Israel.

33 And all Israel, and their elders, and officers, and their judges, stood on this side the ark and on that side before the priests, the Levites, who carried the ark of the covenant of the LORD, also the foreigner as well as he that was born among them; half of them over against mount Gerizim, and half of them over against mount Ebal; as Moses the servant of the LORD had commanded before, to bless the people of Israel. 34 And afterward he read all the words of the law, the blessings and cursings, according to all that is written in the book of the law. 35 There was not a word of all that Moses commanded, that Joshua did not read before all the congregation of Israel, with the women, and the little ones, and the foreigners that were living among them.

1 And it happened, when all the kings that were on this side Jordan, in the hills, in the valleys, and in all the coasts of the great sea over against Lebanon, the Hittite, and the Amorite, the Canaanite, the Perizzite, the Hivite, and the Jebusite, heard of it; 2 That they gathered themselves together, to fight with Joshua and with Israel, with one accord. 3 And when the inhabitants of Gibeon heard what Joshua had done to Jericho and to Ai, 4 they acted slyly, pretending to be ambassadors. They took old sacks on their asses, and wine bottles, old and bound up; 5 and old shoes and patched on their feet, and old clothes on them; and all the food of their provision was dry and moldy. 6 And they went to Joshua to the camp at Gilgal and said to him, and to the men of Israel, We have come from a far country: make a peace treaty with us. 7 And the men of Israel said to the Hivites, Perhaps you dwell among us; and how can we make a peace treaty with you? 8 And they said to Joshua, We are your servants. And Joshua said to them, Who are you? Where are you from?

9 And they said to him, Your servants have come from a very far country because of the name of the LORD your God: we have heard of his fame, and all that he did in Egypt, 10 And all that he did to the two kings of the Amorites, that were beyond Jordan, to Sihon king of Heshbon, and to Og king of Bashan, who was at Ashtaroth. 11 Therefore our elders and all the inhabitants of our country spoke to us saying, Take food with you for the journey, and go to meet them. Say to them, We are your servants: now therefore make a peace treaty with us. 12 This is our bread that we took hot for our provision out of our houses on the day we came to go to you; but now look, it is dry, it is crumbs: 13 And these wineskins that we filled were new; and look, they are torn: and these our clothes and our shoes are worn out because of the very long journey.

God wants us to consult Him at every turn

21 And the princes said to them, Let them live; but let them be woodcutters and water carriers to all the congregation; as the leaders had promised them. 22 And Joshua called for them, and he spoke to them saying, Why have you deceived us, saying, We are very far from you; when you dwell among us? 23 Now therefore you are cursed, none of you will be exempt from being slaves, and woodcutters and water carriers for the house of my God. 24 So they answered Joshua, and said, Because it was certainly told your servants, how the LORD your God commanded his servant Moses to give you all the land, and to destroy all the inhabitants of the land from before you, therefore we were greatly afraid for our lives because of you, and have done this thing. 25 And now, behold, we are in your hand: do to us what seems good and right to you to do. 26 And so did he to them, and delivered them out of the hand of the children of Israel, that they did not kill them. 27 And Joshua made them woodcutters and water carriers for the congregation that day, and for the altar of the LORD, even to this day, in the place that he will choose.