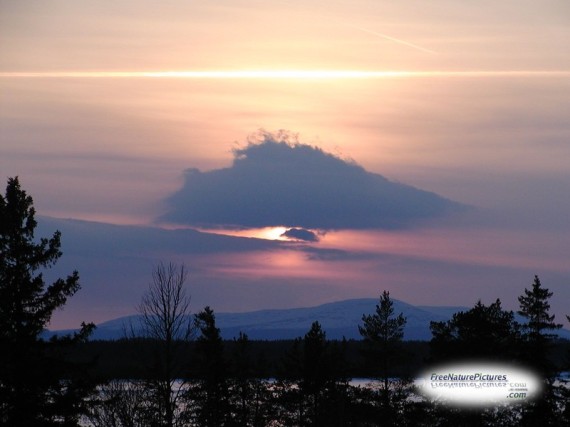 God’s wrath against evil that mankind chose is finished

1 And I saw another sign in heaven, great and marvelous, seven angels having the seven last plagues. In them the wrath of God is completed. 2 And I saw something like a sea of glass mingled with fire: and those victorious over the beast, and its image, and its mark, and the number of its name, standing on the sea of glass, having the harps of God.

3 And they sing the song of Moses the servant of God, and the song of the Lamb, saying, Great and marvelous are your works, Lord God Almighty; just and true are your ways, King of saints/ages. 4 Who will not fear you, O Lord, and glorify your name? For only you are holy: all nations will come and worship before you because your righteous acts have been revealed.

1 And I heard a great voice out of the temple saying to the seven angels, Go your ways and pour out the vials of the wrath of God onto the earth. 2 And the first went and poured out his vial on the earth; and grievously painful sores came on the men who had the mark of the beast, and on those who worshipped his image. 3 And the second angel poured out his vial on the sea; and it became like the blood of a dead man: and every living soul in the sea died.

The Lord is righteous; all that He does is infinitely right

4 And the third angel poured out his vial on the rivers and fountains of waters; and they became blood. 5 And I heard the angel of the waters say, You are righteous, O Lord, who is, and was, and will be, because you judged these things. 6 For they have shed the blood of saints and prophets, and you have given them blood to drink; they deserve it. 7 And I heard another out of the altar say, Yes, Lord God Almighty, true and righteous are your judgments.

He has all power in heaven and earth

8 And the fourth angel poured out his vial on the sun; and power was given to him to scorch men with fire. 9 And men were scorched with great heat, and blasphemed the name/person of God, who has power over these plagues: and they did not repent to give him glory.

10 And the fifth angel poured out his vial on the seat of the beast; and his kingdom was full of darkness; and they gnawed their tongues for pain. 11 And blasphemed the God of heaven because of their pains and their sores, and did not repent of their deeds. 12 And the sixth angel poured out his vial on the great river Euphrates; and its water dried up to prepare the way of the kings of the east. 13 And I saw three unclean spirits like frogs come out of the mouth of the dragon, and out of the mouth of the beast, and out of the mouth of the false prophet. 14 They are the spirits of devils, working miracles, that go out to the kings of the earth and of the whole world, to gather them to the battle of that great day of God Almighty. 15 Behold, I come as a thief. Blessed is he that watches, and guards his garments so that he does not walk naked and they see his shame. 16 And he gathered them together to a place called in the Hebrew tongue Armageddon.

17 And the seventh angel poured out his vial into the air; and a great voice came out of the temple of heaven, from the throne, saying, It is done. 18 And there were voices, and thunders, and lightnings; and there was a great earthquake, unlike any since men came to be upon the earth, so mighty an earthquake, and so powerful.

19 And the great city was divided into three parts, and the cities of the nations fell: and great Babylon came into remembrance before God, to give to her the cup of the wine of the fierceness of his wrath. 20 And every island vanished, and the mountains were not found. 21 And great hail fell on men out of heaven, every stone weighing about a hundred pounds: and men blasphemed God because of the plague of the hail; for the plague was exceeding great.

God puts it in their hearts to fulfill His will

1 And one of the seven angels who had the seven vials came and talked with me, saying, Come here; I will show you the judgment of the great whore that sits upon many waters: 2 With whom the kings of the earth have committed fornication, and the inhabitants of the earth have been made drunk with the wine of her fornication.  3 So he carried me away in the Spirit into the wilderness: and I saw a woman sitting on a scarlet colored beast, full of names of blasphemy, having seven heads and ten horns. 4 And the woman was clothed in purple and scarlet color, and adorned with gold and precious stones and pearls, having a golden cup in her hand full of abominations and filthiness of her fornication.

7 And the angel said to me, Why did you marvel? I will tell you the mystery of the woman, and of the beast that carries her, who has the seven heads and ten horns. 8 The beast that you saw was, and is not; and will ascend out of the bottomless pit, and go to destruction: and those that dwell on the earth will marvel, whose names were not written in the book of life from the foundation of the world, when they see the beast that was, and is not, and yet is. 9 And here is the mind that has wisdom. The seven heads are seven mountains, on which the woman sits.

10 And there are seven kings: five have fallen, and one is, and the other is still to come; and when he comes, he must continue a short time. 11 And the beast that was, and is not, he is the eighth, and is of the seven, and goes to destruction. 12 And the ten horns that you saw are ten kings, who have received no kingdom yet; but receive power as kings one hour with the beast. 13 These have one mind, and will give their power and strength to the beast. 14 These will make war with the Lamb, and the Lamb will overcome them: for he is Lord of lords, and King of kings: and those that are with him are called, and chosen, and faithful.

15 And he said to me, The waters that you saw, where the whore sits, are peoples, and multitudes, and nations, and languages. 16 And the ten horns that you saw on the beast, these will hate the whore, and will make her desolate and naked, and will eat her flesh, and burn her with fire. 17 For God has put in their hearts to fulfill his will, and to agree, and give their kingdom to the beast, until the words of God are fulfilled. 18 And the woman that you saw is that great city which reigns over the kings of the earth.

1 And after these things I saw another angel come down from heaven, having great power; and the earth shined with his glory. 2 And he cried mightily with a strong voice saying, Babylon the great is fallen, is fallen, and has become the dwelling of devils, and the guarding place of every foul spirit, and a cage for every unclean and hateful bird. 3 For all nations have drunk of the wine of the wrath of her fornication, and the kings of the earth have committed fornication with her, and the merchants of the earth have grown rich through the abundance of her delicacies.

God has rewarded evil double to her double

4 And I heard another voice from heaven, saying, Come out of her, my people, so that you not partake of her sins, and that you not receive of her wounds. 5 For her sins have reached to heaven, and God has remembered her iniquities. 6 Reward her as she rewarded you, and double to her double according to her works: in the cup that she has filled, fill to her double. 7 As much as she has glorified herself, and lived deliciously, give her that much torment and sorrow her: for she says in her heart, I sit as a queen, and am not a widow, and will see no sorrow.

The Lord who judges her is strong

8 Therefore her plagues will come in one day, death, and mourning, and famine; and she will be utterly burned with fire: for the Lord God who judges her is strong.

9 And the kings of the earth, who have committed fornication and lived deliciously with her, will wail over her, and lament for her, when they see the smoke of her burning, 10 standing far away for the fear of her torment, saying, Oh no! Oh no! That great city Babylon, that mighty city! For in one hour your judgment has come. 11 And the merchants of the earth will weep and mourn over her; for no man buys their merchandise any more. 12 The merchandise of gold, silver, precious stones, of pearls and fine linen, purple, silk, scarlet and all citron wood, all kinds of articles of ivory, and all kinds of articles of most precious wood, of brass, iron, marble, 13 and cinnamon and incense/perfumes, ointments, frankincense, wine, oil, fine flour, wheat, animals, sheep, horses, chariots, and slaves/bodies and souls of men. 14 And the fruits that your soul lusted after are gone from you, and all things that were sumptuous and radiant are gone from you, and you will never find them again.

15 The merchants of these things, who were made rich by her, will stand far away for fear of her torment, weeping, wailing, 16 and saying, Oh no! Oh no! That great city, that was clothed in fine linen, purple, scarlet, and adorned with gold and precious stones and pearls! 17 For in one hour such great riches have come to nothing. And every shipmaster, and all the company in ships, and sailors, and as many as work at sea, stood far away, 18 And cried when they saw the smoke of her burning, saying, What city is like this great city! 19 And they cast dust on their heads and cried, weeping and wailing, saying, Oh no! Oh no! That great city, that made rich by her costliness all those that had ships in the sea! For in one hour she is made desolate.

The Lord avenges the blood of His own

20 Rejoice over her, heavens, and holy apostles, and prophets; for God has avenged you on her. 21 And a mighty angel took up a stone like a great millstone, and cast it into the sea, saying, With violence like this, that great city, Babylon, will be thrown down and will never be found again. 22 And the voice of harpers, and musicians, and of flutists, and trumpeters, will be heard never be heard again in you; and no craftsman of any kind will be found any more in you; and the sound of a millstone will not be heard at all in you; 23 And the light of a candle will not shine any more in you; and the voice of the bridegroom and of the bride will not be heard any more in you: for your merchants were the great men of the earth; for by your sorceries/drugs/spell giving potions were all nations deceived. 24 And in her was found the blood of prophets, and of saints, and of all that were killed on the earth.