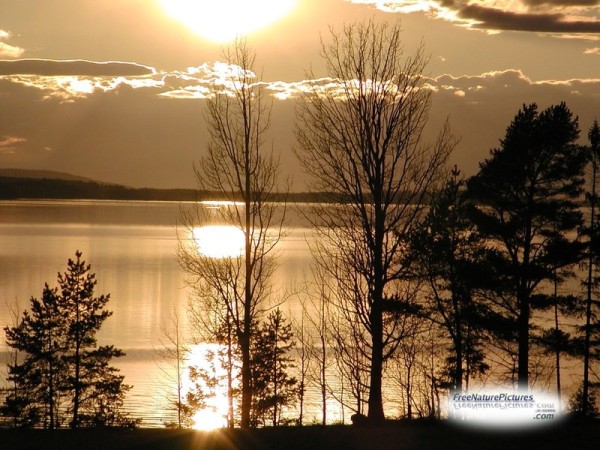 Our prayers ascend before Him

1 And when he had opened the seventh seal there was silence in heaven for about half an hour. 2 And I saw the seven angels who stood before God; and to them were given seven trumpets. 3And another angel came and stood at the altar, having a golden censer; and much incense was given to him to offer with the prayers of all saints on the golden altar that was before the throne. 4 And the smoke of the incense, which came with the prayers of the saints, ascended up before God out of the angel's hand. 5 And the angel took the censer, and filled it with fire from the altar, and cast it to the earth: and there were voices, and thunderings, and lightnings, and an earthquake.

God makes bitter for those who choose bitter

He makes darkness for those who choose darkness

1 And the fifth angel sounded, and I saw a star fall from heaven to the earth: and the key of the bottomless pit was given to him. 2 And he opened the bottomless pit; and smoke rose out of the pit like the smoke of a great furnace; and the sun and the air were darkened because of the smoke from the pit. 3 And locusts came out of the smoke on the earth: and power was given to them, like the scorpions of the earth have power.

The Lord protects His people in the midst of judgment

4 And they were commanded not to hurt the grass of the earth or any green thing, nor any tree; but only those men who do not have the seal of God on their foreheads. 5 And to them it was given that they could not kill them, but that they could be tormented five months: and their torment was as the torment of a scorpion, when he strikes a man. 6 And in those days men will men seek death, and not find it; and will desire to die, and death will flee from them. 7 And the shapes of the locusts were like horses prepared for battle; and on their heads were crowns like gold, and their faces were like the faces of men. 8 And they had hair like the hair of women, and their teeth were like the teeth of lions. 9 And they had breastplates like breastplates of iron; and the sound of their wings was like the sound of chariots of many horses running to battle. 10 And they had tails like scorpions, and their stings were in their tails: and their power was to hurt men five months. 11 And they had a king over them, who is the angel of the bottomless pit, whose name in the Hebrew tongue is Abaddon, but in the Greek tongue his name is Apollyon/destroyer. 12 One woe is past; and, behold, two more woes come after this.

13 And the sixth angel sounded, and I heard a voice from the four horns of the golden altar that is before God, 14 saying to the sixth angel who had the trumpet, Release the four angels who are bound in the great river Euphrates. 15 And the four angels were released, who were prepared for an hour, and a day, and a month, and a year, to kill one third of men. 16 And the number of the army of the horsemen was 200,000,000: and I heard their number. 17 And I saw the horses in the vision, and those that sat on them, having breastplates of fire, and of jacinth, and brimstone: and the heads of the horses were like the heads of lions; and out of their mouths came fire and smoke and brimstone.

18 By these three one third of men were killed, by the fire, and by the smoke, and by the brimstone that came out of their mouths. 19 For their power is in their mouth, and in their tails: for their tails were like serpents, and had heads, and with them they do hurt. 20 And the rest of the men who were not killed by these plagues still did not repent of the works of their hands, that they not worship devils, and idols of gold, and silver, and brass, and stone, and of wood: which neither can see, nor hear, nor walk: 21 Neither did they repent of their murders, nor of their sorceries, nor of their fornication, nor of their thefts.

The Lord withholds some information

1 And I saw another mighty angel come down from heaven, clothed with a cloud: with a rainbow on his head, and his face like the sun, and his feet as pillars of fire: 2 And he had in his hand a little book open: and he set his right foot on the sea, and his left foot on the earth, 3 And cried with a loud voice, like a lion roars: and when he had cried, seven thunders uttered their voices. 4 And when the seven thunders had uttered their voices, I was about to write: and I heard a voice from heaven saying to me, Seal up those things which the seven thunders uttered, and do not write them.

5 And the angel that I saw stand on the sea and on the earth lifted up his hand to heaven, 6 And swore by him that lives forever and ever, who created heaven, and the things that are in it, and the earth and the things that are in it, and the sea, and the things that are in it, that there would be no more delay: 7 But in the days of the voice of the seventh angel, when he begins to sound, the mystery of God is ended, as he announced to his servants the prophets. 8 And the voice that I heard from heaven spoke to me again, and said, Go and take the little book that is open in the hand of the angel who stands on the sea and on the earth. 9 And I went to the angel and said to him, Give me the little book. And he said to me, Take it, and eat it up; and it will make your belly bitter, but it will be as sweet as honey in your mouth. 10 And I took the little book out of the angel's hand, and ate it up; and it was in my mouth sweet as honey: and as soon as I had eaten it, my belly was bitter. 11 And he said to me, You must prophesy again before many peoples, and nations, and tongues, and kings.

The Lord gives power to His witnesses

1 And a reed was given to me like a rod: and the angel stood saying, Rise, and measure the temple of God, and the altar, and those that worship in it. 2 But leave out the court that is outside the temple, and do not measure it; for it is given to the Gentiles: they will trample under foot the holy city 42 months. 3 And I will give power to my two witnesses, and they will prophesy 1,260 days, clothed in sackcloth.

4  These are the two olive trees, and the two candlesticks standing before the God of the earth. 5 And if any man tries to harm them, fire comes out of their mouth, and devours their enemies: and if any man would hurt them, he must be killed in this way.

6 These have power to shut heaven so that it not rain in the days of their prophecy: and have power over waters to turn them to blood, and to strike the earth with all plagues, as often as they will. 7 And when they have finished their testimony, the beast that ascends out of the bottomless pit will make war against them, and will overcome them and kill them. 8 And their dead bodies will lie in the street of the great city, which spiritually is called Sodom and Egypt, where our Lord was crucified.

He brings them to heaven in a cloud

9 And those of the people and tribes and tongues and nations will see their dead bodies three and an half days, and will not allow their dead bodies to be put in graves. 10 And those that dwell on the earth will rejoice over them, and celebrate, and send gifts to one another because these two prophets tormented those that dwelt on the earth. 11 And after three and a half days the Spirit of life from God entered into them, and they stood on their feet; and exceeding terror fell on those who saw them. 12 And they heard a great voice from heaven saying to them, Come up here. And they ascended up to heaven in a cloud; and their enemies watched them. 13 And the same hour there was a great earthquake, and a tenth part of the city fell, and in the earthquake 7,000 men were killed: and the remaining ones were terrified, and gave glory to the God of heaven. 14 The second woe is past, and behold, the third woe comes quickly.

The eternal Father gives Jesus the kingdoms of this world forever

15 And the seventh angel sounded; and there were great voices in heaven, saying, The kingdoms of this world have become the kingdoms of our Lord, and of his Christ; and he will reign forever and ever.

He takes His great power and reigns

16 And the 24 elders who sat before God on their seats fell on their faces and worshipped God, 17 Saying, We give you thanks, O Lord God Almighty, who is, and was, and is to come; because you have taken to you your great power and have reigned.

He judges the dead

He rewards His servants

18 And the nations were angry and your wrath has come, and the time of the dead to be judged, and to give reward to your servants the prophets and to the saints, and those that fear your name, small and great; and to destroy those who destroy the earth. 19 And the temple of God was opened in heaven, and ark of his testament was seen in his temple: and there were lightnings and voices and thunderings and an earthquake and great hail.